Here are a trio of route concepts that can work with previously presented plays.

Let's take a look at a Cover 2 beater, "Shakes." The Shakes concepts didn't change much from BYU to Leach's iteration at Oklahoma. 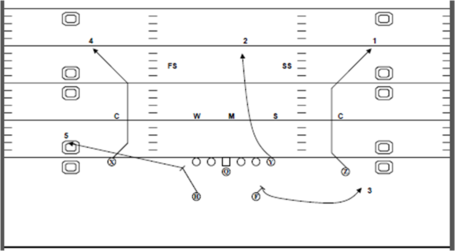 This play can be audibled to when you recognize Cover 2 (reference defensive coverages here). Y will inside release and spit the two high safeties, running up the middle seam. He can sit in an open hole, or sprint to beat them deep.

Catch up on the Air Raid series here.

The QB read is simple. Throw to the shakes route opposite of where the safeties go. One of the safeties will have to pick up Y -- the quarterback "peeks" on that route early in his drop to make sure that happens. If the strong safety in the diagram above moves to cover Y, then Z will be open behind the corner who should sit in his flat. If the corner drops, the running back swinging to the flat should have some open field.

Shakes can be read in this manner to whichever side the QB feels comfortable, and isn't solely for Cover 2. We saw it a couple of times. 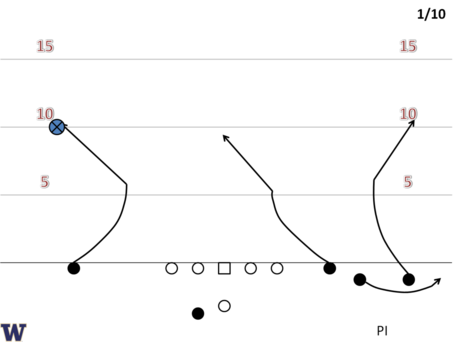 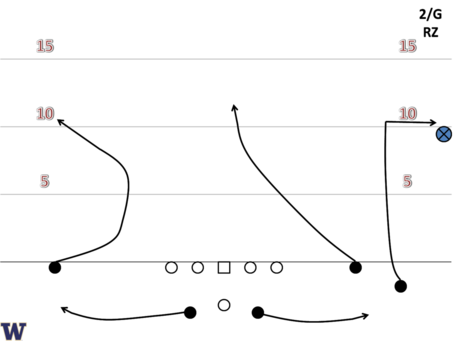 The next two concepts are what Chris Brown calls "Leach innovations"; Stick and Corners. They are bilateral concepts, meaning they can be run to the right or to the left. 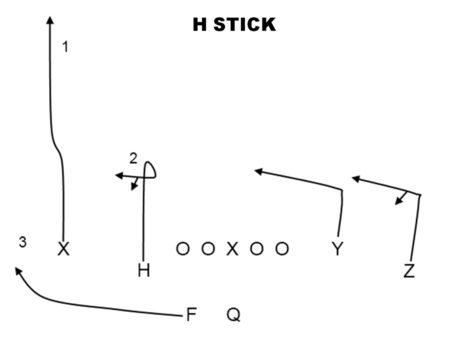 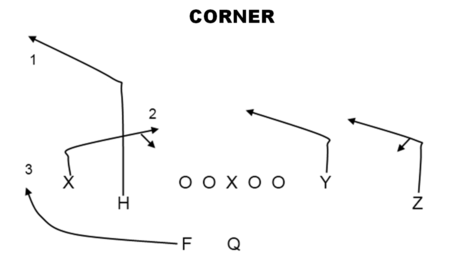 Again, you can see how both route concepts force a triangular stress on the play side: Inside the flat, outside of the flat, and one vertical route. Unsurprisingly, these concepts are read very similarly.

Before the snap, the quarterback will determine whether to read the right or left side of the field based on how much "open grass" he sees, determined not only by the positioning of the secondary (corners, safeties) but the linebackers as well.

If the quarterback likes the play side, a simple deep to shallow read progression is made. Both of these concepts can work well against any type of zone coverage, making these plays very useful when you're unable to identify what the defense is doing on any particular down.

The diagrams show H-Stick and H-Corner, but these can be ran for Y-Stick and Y-Corner as well, which are a little more common in the Air Raid. 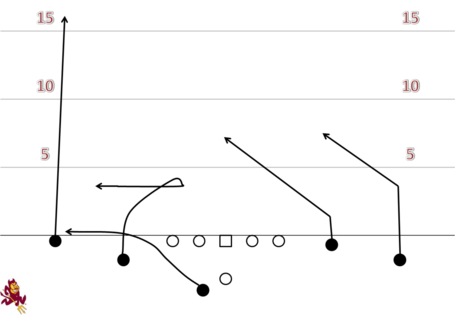 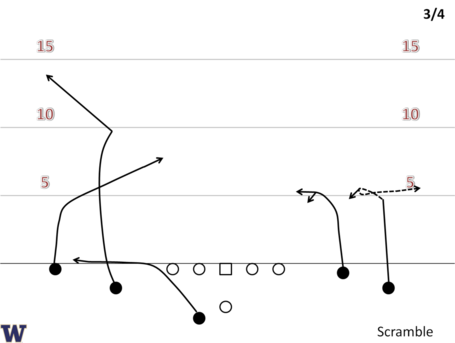 A variation with a hitch by the outside receiver (below) 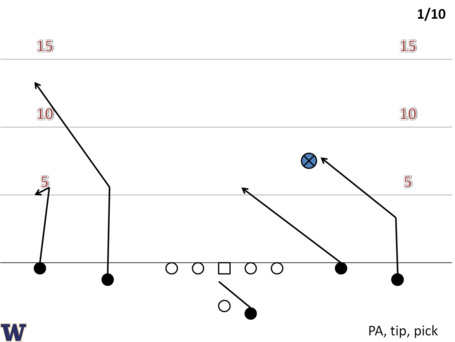 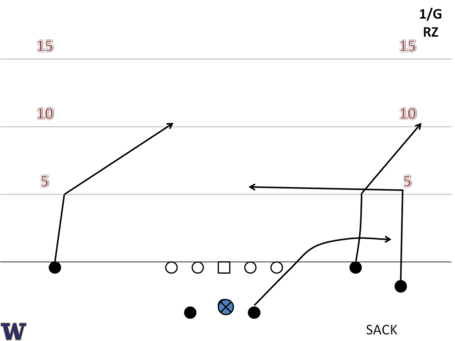 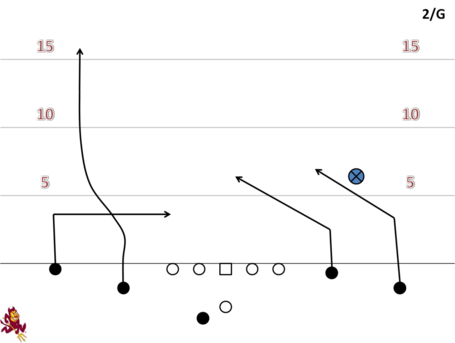 A variation with a shallow cross - running back mesh (below) 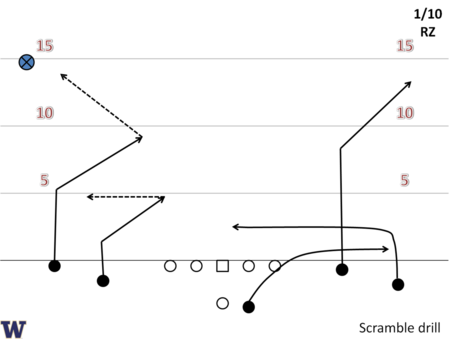