Where the west stands and scoreboard used to sit now resides a big dirt hole.

Construction on WSU's $61 million football operations building began at the conclusion of last football season, and in the four-plus months since, much has already been accomplished.

The stands at the west end of Martin Stadium have been demolished and removed, the scoreboard (including video screen) has been removed, and whole heck of a lot of dirt has been taken out of the site to bring the construction site level with the playing surface.

How much dirt? WSUCougars.com reports approximately 18,000 cubic yards of it. The dump trucks that remove it carry 10 cubic yards at a time, meaning it's taken about 1,800 dump truck trips to get it all out of there.

For even more context, consider that a typical 1,500 square foot house would hold about 444 cubic yards of material if it was filled from the floor to its 8-foot ceiling. That means construction crews have hauled away the equivalent of 40 residential houses full of dirt.

That's a lot of dirt. Here's another view, screen captured from the live web cam: 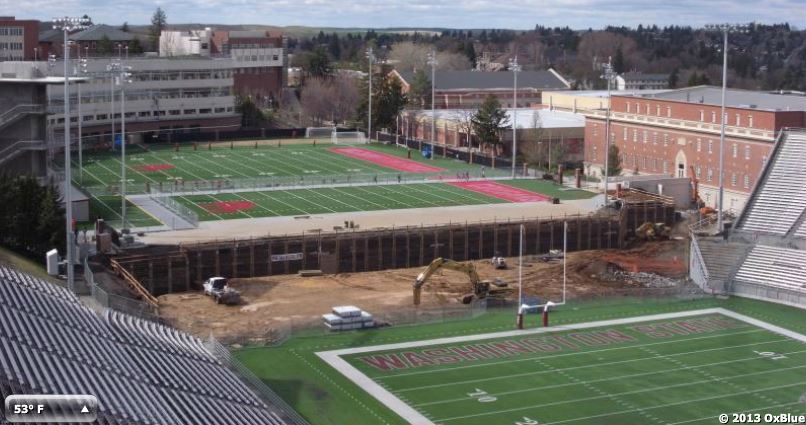 And if you're looking for a great way to pass about 30 seconds, it's always fun to watch the time-lapse video!