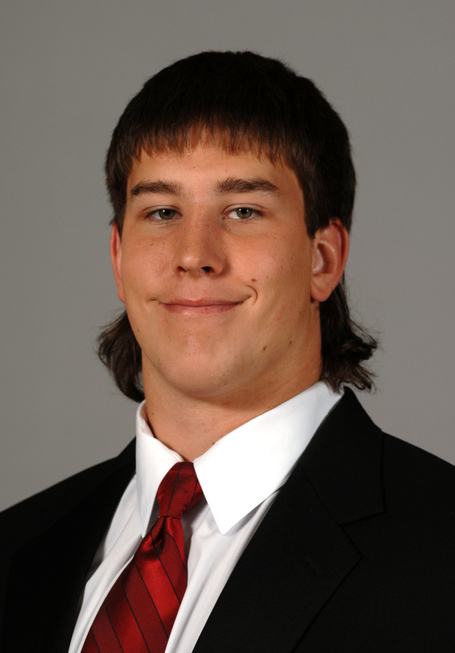 If there is one unit on the field where WSU really can't afford to suffer losses, it's the offensive line, but suffer a loss it did today: WSU confirmed to Christian Caple that junior offensive lineman Jake Rodgers has left the program.

Rodgers started all 12 games in 2012, moving all over the line as Mike Leach continually shuffled the deck in an effort to put together a competent group. It didn't really work, as WSU put up staggeringly bad rushing numbers that were exacerbated by a whopping 57 sacks.

Rodgers experienced his fair share of struggles as part of that line, but that doesn't mean that he won't be missed. WSU's linemen tend to come into their own as upperclassmen, and Rodgers -- a converted high school tight end -- gained valuable experience last year.

It's no guarantee Rodgers would have been starting, but WSU simply needs all the warm bodies it can get along the line. Depth has been a major concern for years, and Leach said at the end of spring that he finally was feeling good about the Cougs' depth up front. Rodgers didn't practice all spring with what appeared to be an undisclosed injury, but it was anticipated he'd be back for fall.

So, I guess I'd put it this way: The loss isn't devastating, but it ain't good, either. I'm not convinced that he wasn't going to end up a decent a Pac-12 player.

Adam Lewis of SportsPressNW.com is reporting Rodgers, a graduate of Shadle Park in Spokane, will head back home to play for Eastern Washington. Caple reports that he can't confirm Rodgers' destination, but Lewis is pretty plugged in with the players.

I guess we now have our answer to this. Best of luck to Jake and his fabulous mullet.