A look inside the the most thankless job in American sport 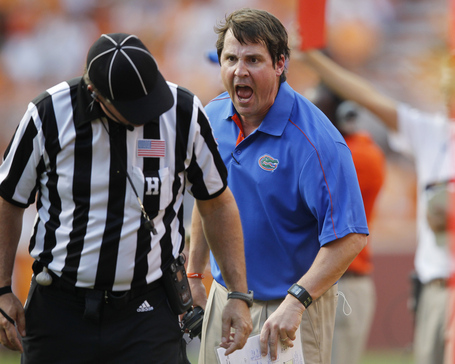 Not very many people like football officials. People do like yelling at them though - coaches, fans, players, people on the other side of a TV screen.

Officials are booed when they enter the stadium.

It's hard to think of another job where hundreds of thousands of people expect nothing but sheer incompetence from you. Maybe only politicians share that honor.

Yet, here are the zebras, college football's gameday police, judge and jury, doing their best at a job everyone hates them for doing. In a best case scenario, they go through a game unnoticed, anonymous.

Berating a ref is a socially acceptable behavior learned at an early age -- parents yell at officials in youth sports, dads cuss at the TV, entire stadiums transform into Shakespearian groundlings at the first sight of unfavorable laundry.

Let's take a close look at exactly what each official is responsible for, if only to improve our heckling.

College football uses a seven man officiating crew. Their assignment is listed on the back of their uniform. 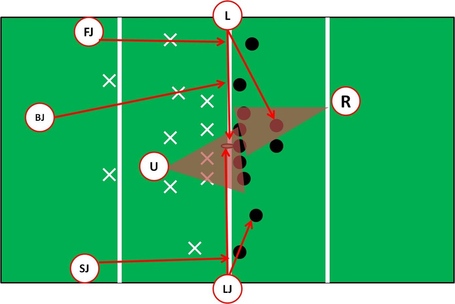 The officials can switch responsibilities during the play, if they communicate. Most importantly, they try to avoid keying the same offensive player.

Next time out, we'll take a look at the hand signals these guys use.