Get to know Dominique Williams

Get to know the 2013 Cougars beginning with Dominique Williams, the first of our player profiles.

Share All sharing options for: Get to know Dominique Williams

Mark's note: With so many players on college football rosters, it can be hard to remember everyone. That is why, in preparation for the 2013 season, I'm going to profile everyone. That means punters, walk-ons, everyone. The order will be random, but it begins today with Dominique Williams.

Of all the players on WSU's roster, Dominique Williams may be the most interesting, and I say that not because he used to rock a sweet flat top. He flashed about as well as any wide receiver could flash late last season, but is that who he is? Is he a go-to No. 1 wide receiver like he appeared to be in the Apple Cup? Or, he is an inconsistent, complimentary player capable of a few big plays? I still have no idea.

Let's get to know Dominique Williams

Williams signed with WSU in the 2010 recruiting class. He was rated as a 3-star prospect and the No. 128 wide receiver by Scout.com coming out of high school. With his long, lanky frame and vertical playmaking ability, he was often compared to Marquess Wilson, who was coming off his breakout freshman season.

Williams redshirted as a freshman and fell off the radar some with Wilson and incoming Gabe Marks drawing a lot of buzz after Mike Leach was hired. Williams, however, exploded in the 2012 spring game, showing off the big play ability he was known for in high school. Maybe those Wilson comparisons were accurate after all? 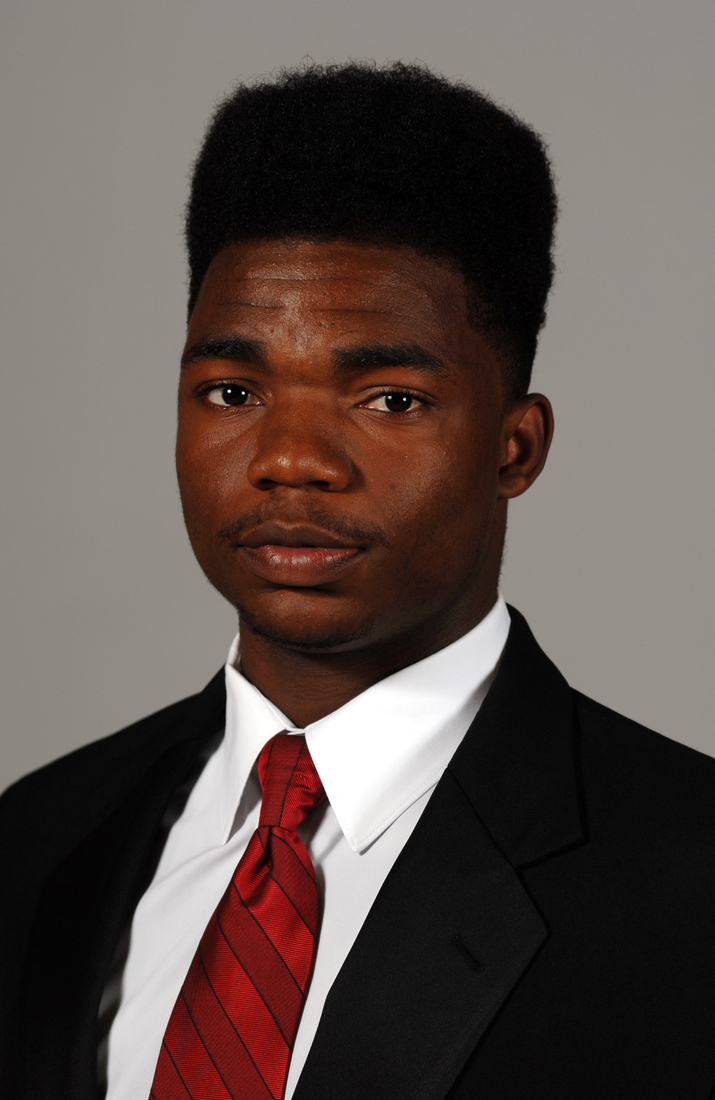 There was a lot of buzz around Williams after the spring game, but then the season started and he took a distant back seat to Wilson at the X receiver spot. Williams was a non factor through the first six games of the season, catching three passes for 48 yards.

Things changed, however, when Wilson quit the team and Williams was thrust into a much bigger role. He responded almost instantly with three catches for 60 yards against California and kept rolling. He caught seven passes for 108 yards against UCLA and was arguably the best player on the field in the Apple Cup, catching eight passes for 143 yards while also drawing a couple of pass interference penalties.

Williams finished the season with 34 receptions, 546 receiving yards and three touchdowns. If he played the way he did during the final six games for a full season, his performance would have projected to roughly 60 catches and just less than 1,000 yards. Not bad for a redshirt freshman.

The question is can Williams maintain that performance over an entire season? We may get an opportunity to find out in 2013 as he's probably the favorite to start at the X spot. Kristoff Williams and Vince Mayle should also see a lot of reps at the X, but even still, Williams will be more involved than he was early on last season.

While Marks consistently made headlines during spring football, Williams had a quiet spring. That doesn't mean he didn't perform well, he just wasn't included in the practice notes very often. Outside of Connor Halliday, Williams may be the most important skill position player on WSU's roster. The Air Raid will feature a lot of different receivers, so WSU doesn't necessarily need Williams to be great, but if any player has the ability to explode and become an All-Pac-12 type of performer, it is Williams.

In 2012, Williams averaged 9.9 yards per target with a 61.8 percent catch rate. Even over a full season that wouldn't replace Wilson at his best, but it's close. If Williams can maintain those numbers over 12 (or 13) games AND do it while being targeted on ~ 18 percent of passes, WSU has its No. 1 receiver.