The former defensive end and BUCK linebacker at Washington State has signed his first pro deal.

It has been a long journey for former WSU defensive end and linebacker Travis Long since tearing his ACL at the end of last season. But an offseason of rehab and hard work have paid off: the Philadelphia Eagles have signed Long after Jason Phillips tore his ACL and hit the injured reserve. Long probably has a big hill to climb if he hopes to make the team as his offseason was spent rehabbing a knee injury so his conditioning and strength probably aren't where he wants them to be.

'Ready for the NFL' 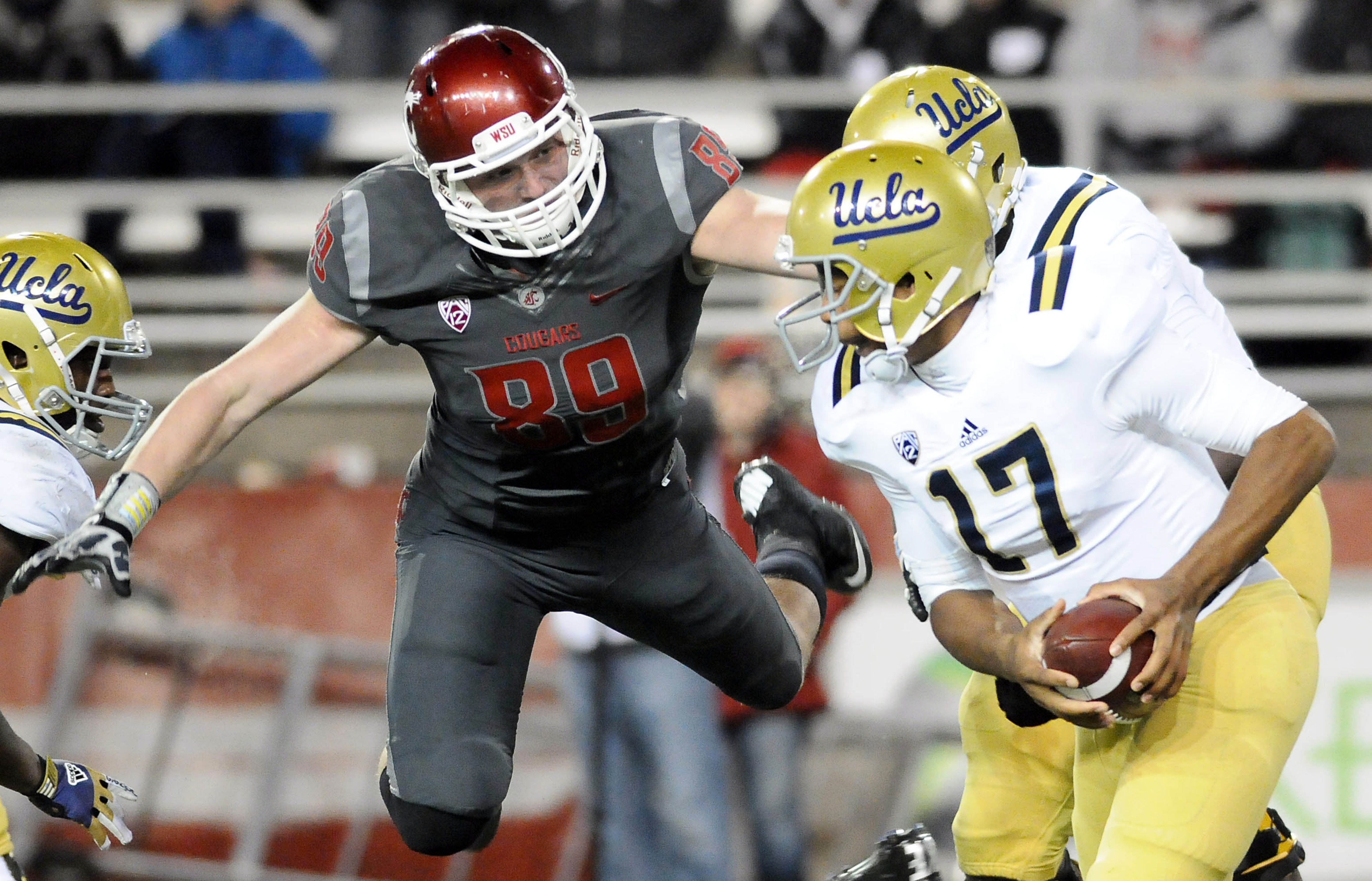 Travis Long's agents put together a video of him rehabbing, declaring him good to go. Apparently, the Eagles were listening.

This is the shot we were all hoping Long would get. For four years, he battled as the defensive stand out on an otherwise mediocre to poor defense. When Marquess Wilson walked out of practice and eventually quit, Long quite literally screamed for more. Every moment he was on the football field, he turned the intensity dial up and broke the knob. He had offers from elsewhere, notably Oregon State and Boise State but still came here.

He suffered through four pretty terrible seasons. But leading up to his senior season, we could at least be comforted by the fact that, he'd probably get a shot to play professionally. Over his career, he never missed a game until his last one. We didn't know how severely he'd hurt his knee before the Apple Cup but we knew he wouldn't play. When we found out it was an ACL tear, it was heartbreaking. This man, who gave every ounce of sweat to this team, wouldn't be drafted.

At least now he's getting an opportunity, even if his chances of staying on the team are slim to none. I don't know if I've ever been so happy to see someone sign with an NFL squad. Congratulations to Travis on an incredibly well deserved shot in the professional ranks.

Aside: man, how much does Chip Kelly hate ACLs right now?