Kyle Rancourt hasn't posted much recently and there is a reason for that. You can find out why and how you can potentially help.

If you follow CougCenter closely, you may have noticed Kyle Rancourt hasn't posted in a while. Kyle covers recruiting for us, but Craig, Jeff and I have written up the most recent commitments. That isn't by design, it's because Kyle's laptop -- and everything else he owned -- is a pile of ruble due to a fire.

Late last month, Kyle and his wife Kelly were out of town when they received word of a fire at their condo in Redmond. A neighbor two units below them left some cooking food unattended and it ended up starting a large fire. The original unit, as well as the two above it, one of which was the Rancourt's, suffered severe damage. As you can see by the photos below, Kyle's unit was essentially burned to the studs and everything inside was a total loss. 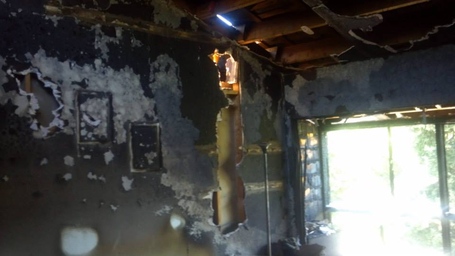 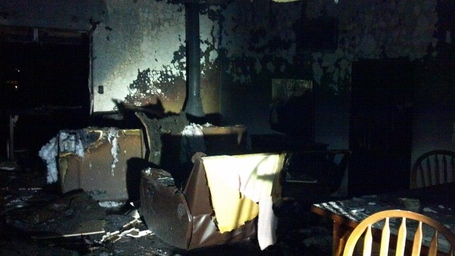 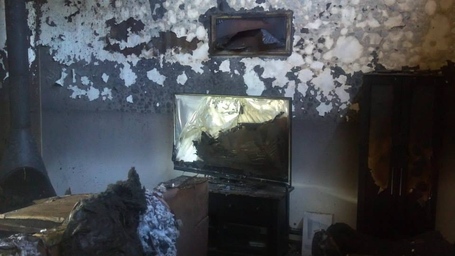 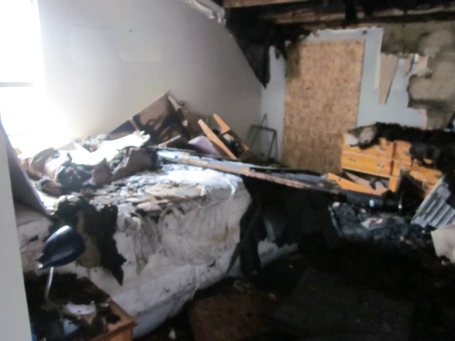 As if losing practically everything they own besides the clothes they were wearing wasn't enough, Kyle and Kelly got married in November. All of the wedding presents, pictures, etc. Gone. When Kyle told me the news, my initial reaction was what a terrible thing to have happen, but at least insurance would cover the damages. As I found out later, that isn't exactly the case.

The maximum they can get from insurance is $10,000. Look around your living room and try to figure out how much of it you can replace with $10,000, yet alone your entire house. Kyle and Kelly plan to use the insurance payout to cover the essentials -- a bed, couch, other furniture, dishes, clothes, etc -- and then rebuild slowly over time. In an effort to help speed up that rebuilding process, some of their friends started a gofundme account. You can donate from as little as $1 if you feel so inclined.

There are other ways to help besides monetary donations. Kyle lost all of his WSU memorabilia and clothing outside of the Cougar shirt he was wearing when the fire hit. Maybe you have some memorabilia tucked away in a closet that you wouldn't mind parting with. If you do and want to pass it along you can email me and I can get you into contact with Kyle or pass along his address.

Kyle was somewhat apprehensive about me writing this, especially on the heels of Jeff's successful Make-A-Wish campaign. He suggested I keep it off the front page and didn't want to compare it to the previous drive which he called "a much better cause." Donation drives aren't going to become a regular thing at CougCenter. I believe this is the second in the history of the site with Jeff's being the first. If you don't want to donate, I assure you no one will be offended, you can simply keep it moving. You can also pass along thoughts, well wishes, etc as I'm sure those would also be appreciated.

If, however, you would like to help out, you can do so here. You can also read a little more about the fire here.