Major conferences are following the NCAA's lead and pulling out of the video game market. What will EA Sports do if it is left with no officially licensed conferences and schools?

The Big Ten, Pac-12, and SEC all announced they won't be involved in future EA Sports college football games on Wednesday, according to Land Grant Holy Land. Those three conferences are following the NCAA's lead, which pulled out of the video game market amid a lawsuit centered on players' likenesses.

With three of the biggest conferences out, it seems that we are headed to a license-free EA Sports college football game. That would undoubtedly be unpopular among gamers, so EA may have to be creative in future titles.

My suggestion? Go back to the roots of the NCAA football series. It began with Bill Walsh College Football in 1993. EA Sports should return to that formula of having a coach lend his name to the product in order to build excitement.

Here are some examples of what we could see: 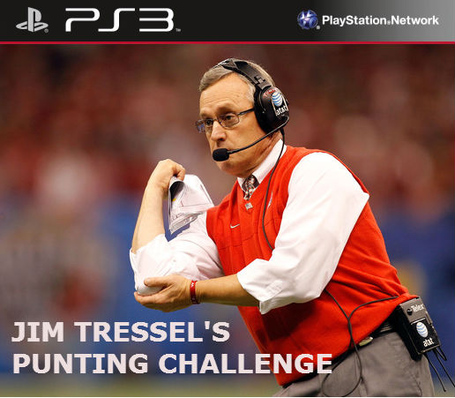 Gameplay: Even without the name, this will be the most realistic Big Ten simulation ever made. The gameplay is stripped down to the most B1G play: The punt inside opponent territory. Players will compete to establish field position, which can be uploaded to their favorite squads in the Madden series.

Bonus: The Denard Robinson Armpunt can be unlocked if a player is able to successfully punt from inside the 10-yard line without creating a touchback (the Holy Grail of Big Ten offenses). 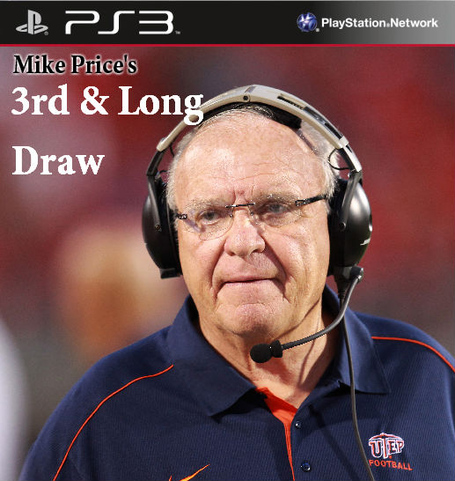 Gameplay: Mike Price is known for many things, including being the OG of the spread. But among WSU fans, there may be nothing more associated with Price than the draw play on third down. Unlike in Tressel's Punting Challenge, all other aspects of the game will be exactly the same as the NCAA Football series, with one exception: The playbook shrinks to a series of draw plays on 3rd and long.

Bonus: Successful third down conversions with the draw play can earn player's Price Points. Those points can eventually redeemed for the right to run a pass play on 3rd and long (Player's would need to play the game eight hours a day for 10 years to earn this bonus). 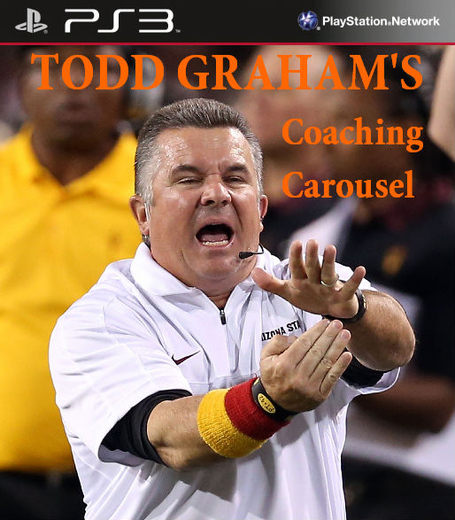 Gameplay: Love the part about building your coach's career in dynasty mode, but hate everything else about NCAA Football 14? Then Todd Graham's Coaching Carousel is perfect for you. Players compete to see who can bail on a job for a perceived better opportunity as fast as possible. Promises can be made to recruits and schools, and the more hurt both parties are when you leave, the better.

Bonus: Pre-order and receive a special promo code that unlocks in-season coaching changes, allowing your coach to jump from school to school at any point. Start the season slow? Bail and find a better team. You are in control. 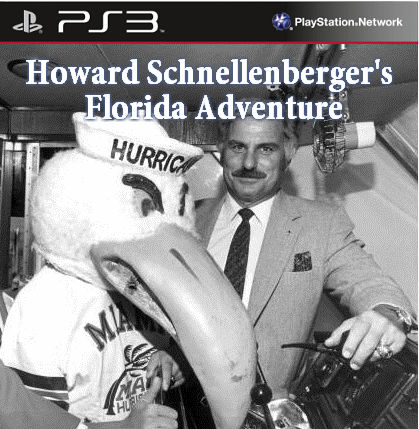 Gameplay: This is basically Grand Theft Auto: Vice City, except the main character is Howard Schnellenberger and rival criminals are all college football mascots (this is the only connection to college football). The player's strength and health is measured by the bushiness of Howard's mustache and the amount of tobacco in his pipe.

Bonus: The Schnelly Suspenders DLC will be available for purchase. It's priced at $79.99 and the game is virtually unplayable without it.