Cougar women make it two in a row vs. Washington

WSU had lost 36 straight games to the Huskies, but now the Cougar women's basketball team has won two-in-a-row against Washington.

Share All sharing options for: Cougar women make it two in a row vs. Washington

Just a few days after snapping their 36-game losing streak against Washington, the WSU women's basketball team made it back-to-back wins against the in-state rivals. With Tia Presley, Shalie Dheensaw and Lia Galdeira leading the way, the Cougars knocked off Washington 85-76 in Seattle on Saturday.

Presley led the offensive attack early, scoring 23 of her team-high 29 points in the first half. After playing a crucial role in WSU's win against Washington on Tuesday, Dheensaw was even better on Saturday. She finished with 20 points and 13 rebounds, both career highs. She notched a double-double in both games against the Huskies, the first two double-doubles of her WSU career.

Galdeira had a down game -- at least by her lofty standards -- but came through when the Cougars needed to ice the game. Limited by foul trouble, she had been a relative non-factor late in the second half. Then, she went on a tear and scored 12 of her 14 points during the final six minutes of the game. Seven of those points came during WSU's 12-3 game-clinching run during the final 2:19 of the game.

Here are a few fun facts, via WSU Athletics:

There is also this: 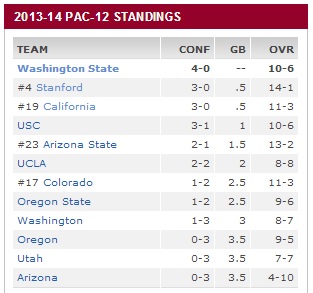 Washington State women make it a sweep of Huskies | Husky Basketball | The Seattle Times
Washington knew it was coming. With just over six minutes left in a tight game against cross-state rival Washington State the Cougars’ second-highest scorer, Lia Galdeira, had made only one bucket. It seemed a matter of when, not if, the sophomore would take over the game.