Taking a look at what went wrong in last night's blowout.

Share All sharing options for: Shot Charts: Cougs at Stanford

During last night's game, like most of you, I thought the Cougs had a shot to steal one from the Bay Area. WSU was controlling the pace of the game and forcing Stanford to take bad shots. And Que Johnson was on fire.

Then it all came crashing down around our ears.

It started with about five minutes left in the 1st half when Stanford went from drawing iron on every shot to making three after three after three, ending WSU's streak of playing well around the perimeter. I'm separating Stanford's shot charts into halves, so you can at least see how well we forced Stanford into spots before they caught fire. 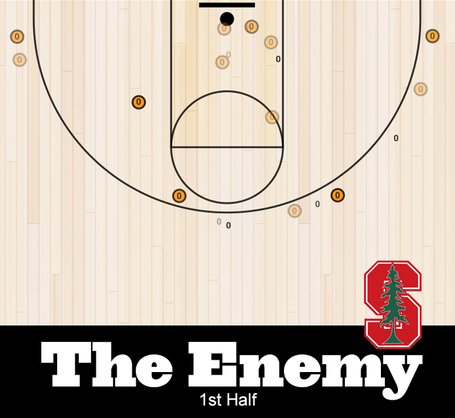 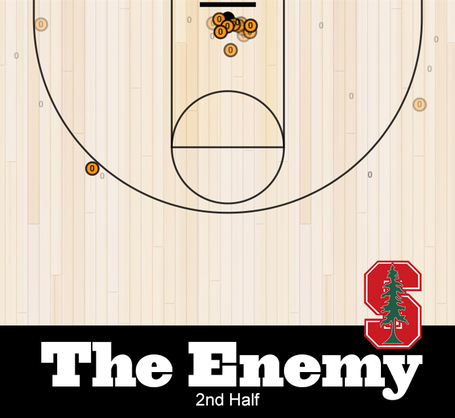 The Cougs, in turn, took panicked shots and got way out of their own offense. Que Johnson, who made all his heat-checks in the first half, channeled his inner Faisal Aden and became a black hole of missed off-balance shots. Rather than rotating around to get an open shot like they did in the first half, it just became a game of "get the ball to Que" and hope his prayers went in. 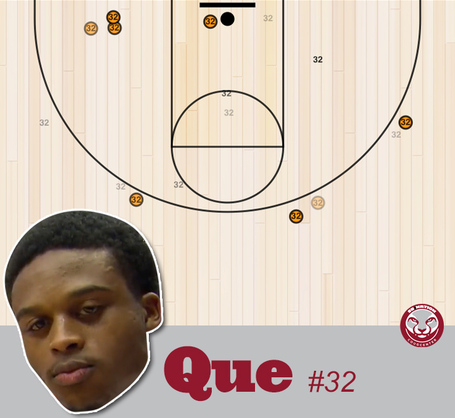 in a case that will either frustrate you to breaking your remote, or just break your heart (possibly both), consider the struggles of D.J. Shelton. I know it's got to be killing him that he's doing everyhting he's supposed to be doing on this end. Didn't take a single bad shot (one of those threes was as the shot clock expired), consistently got his man out of position in the paint and was able to take a high-percentage shot. They're just. not. falling. I don't really believe in the law of averages, but a player as talented as D.J. can't possibly keep missing this many bunnies, can he? 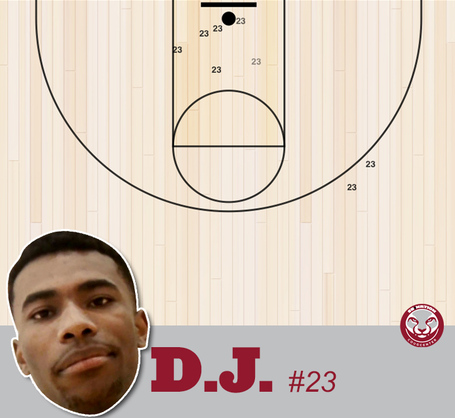 Here's our team chart. For extra credit, try and locate the made shots that aren't #32 or #22. 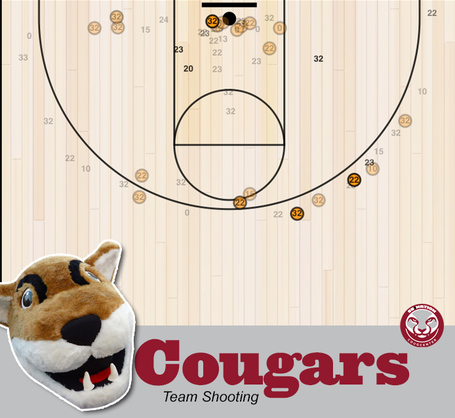