I've always made fun of Tony Bennett for losing to Oregon State at home in his last year.  Any time someone brings up that Notre Dame game in 2008, I remind them he lost to the Beavs at Friel the next year.  Now it appears Coach Bone has also performed the same task in what will more than likely be his last year.  This is usually the "fire him at midcourt" sin, so I think we've reached peak-annoyance with this team.  Not because the Cougs lost to Oregon State, but because any team losing to WSU now has to hang their heads in shame in a similar manner.

Nuss covered the awfulness of last night’s game here and Mark weighed in on how we’re all just ready to move on to next year here, but I will remain vigilant in giving you visualizations of how we lost.

Last night’s game was pretty much a mirror image of the Stanford game.  While the Cougs have actually done a pretty good job of defending anything outside the paint this year, save for Gonzaga, Oregon State was able to take over the first half by hitting a lot of outside shots. 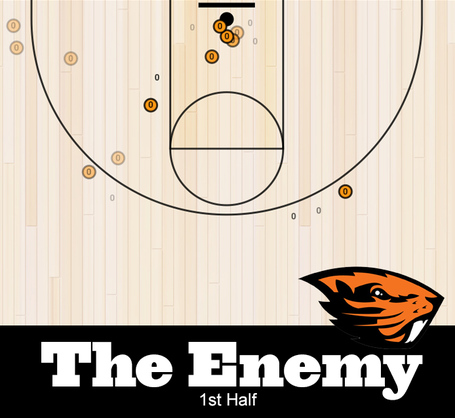 And then in the second half, they got our bigs out of position and dunked all over us. 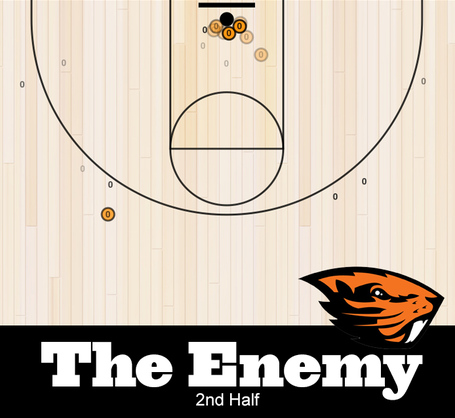 It wasn’t just the big men.  The Beavs were able to move us around enough to where they’d get plays featuring Que Johnson or Dexter Kernich-Drew alone in the post.  But the result was the same.  If you score more than 50 points, you beat the Cougs.  And Oregon State did that.  Early. 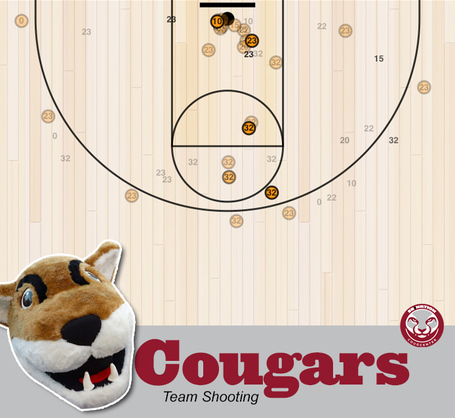 You’ll note in the WSU shot chart how few 10’s there are.  Oregon State chose to completely deny shots on the wings last night and did a pretty fantastic job of funneling everyone into the middle, where they were able to better contest Cougar shots; something that doesn’t really fit Dexter’s game.  For further  proof, take a look at Que’s chart. 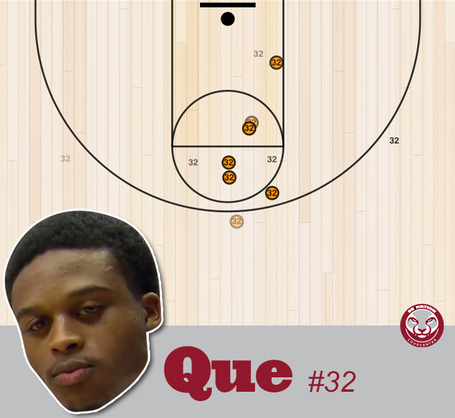 The key might as well be the sidelines, huh?

One bright side to last night was the (finally!) emergence of D.J. Shelton ’s offensive game.  In this space over the past few games, I’ve been pointing out he’s getting position, he’s getting the right shots and they just weren’t falling.  Last night the law of averages just came crashing all around our ears.   And Nusser and Powers just fired me for stating the law of averages exists. It's been real, everyone. 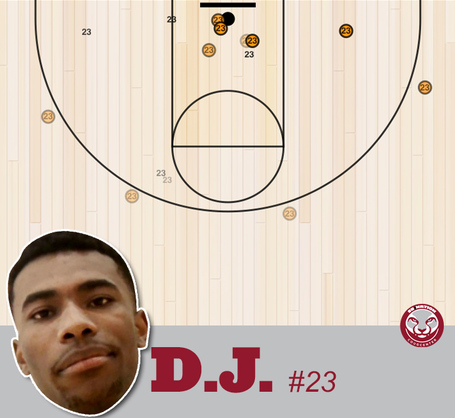 One other thing I wanted to show you should probably have been a hybrid chart for all our big man, but it works with just Junior Longrus too. 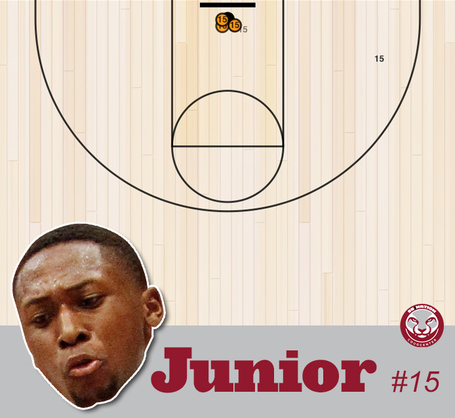 Oregon State was giving Longrus and Railey the low block the entire night.  And by giving it to them, I mean they were flat-out daring the two of them to dunk the basketball.   WSU did a pretty good job of taking advantage of this for five minutes or so in the 1st half, but completely abandoned it later, mostly because the dare worked.  Outside of Shelton, WSU’s post players seem allergic to playing the post.   Let’s hope Josh Hawkinson adds about 150 pounds to his bench press over the summer or it could be scary next year, too.

What else did you guys notice?