Graphing what went wrong (and right) for the Cougs against Colorado last night.

Share All sharing options for: Shot Charts: Cougs vs. Colorado

Another Pac-12 game, another disappointing outcome. While our Cougs played a much tougher game without their leader and best player this time around, you don't get to take closes losses with you to the next life. Nusser put together a good recap of what went wrong and what went right last night. Let's take a closer look at this, in a graphical format! (h/t to our newest crew member, Eric Winters).

Let's start with what went wrong: 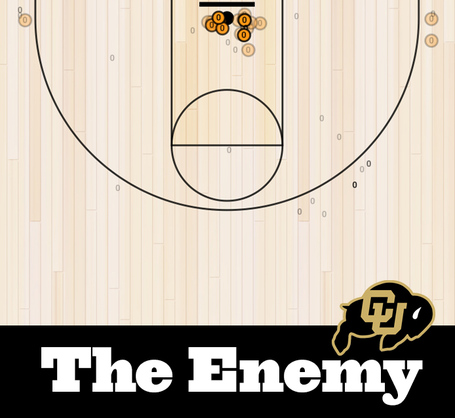 It's not very often that a team only makes three jumpers and wins a ballgame. But holy crap, look at all the points at the rim! While I'm not thrilled at a 38-3 free throw discrepancy, Pac-12, it's pretty easy to see how the 38 came to be. Colorado did a pretty fantastic job of holding off until they got a shot right under the basket and it paid off in droves. The 49% from under the hoop isn't the best performance the Buffs could've asked for, but 38 free throws is such a killer. Contrast this grouping that would've made a Navy Seal jealous with the spray chart from our Cougs: 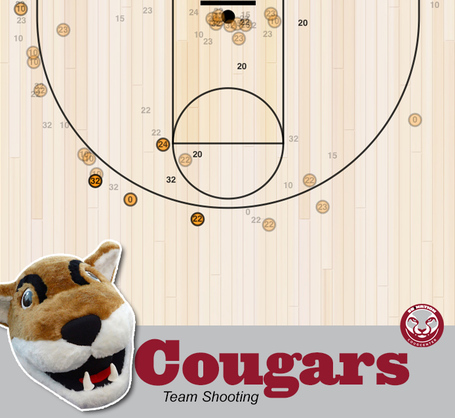 It's not as if the Cougs weren't getting shots at the rim. WSU did a good job of not settling for threes and made sure to get higher percentage shots. They just 1.) weren't going in and 2.) not drawing fouls. Case in point. 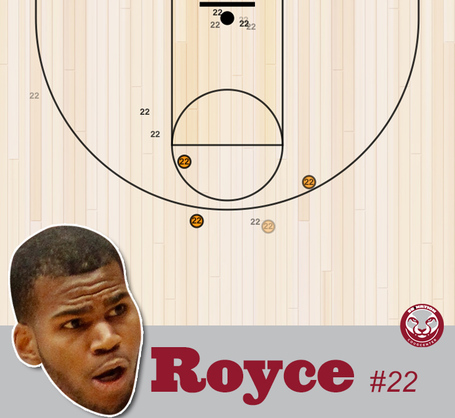 There were some positives in Royce Woolridge's game last night. I thought he looked much less tentative than he has for the majority of this season, sore wrist be damned. Royce and Que Johnson are pretty much the only people on the floor who can beat someone off the dribble, so it was a positive to see them getting to the rim. But rather than drawing contact and getting two at the line like Colorado did the entire game, Woolridge altered his shots and avoided contact, resulting in several missed layups. Draw the foul, fella. They were calling ‘em! 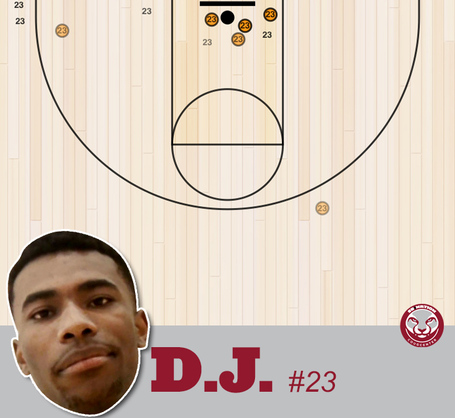 D.J. Shelton showed some incredible restraint at the open-three looks the Buffs were giving him (and at times, literally audibly daring him to take the shot). DJ took the majority of his shots from within the key, which is where we want him. My only take from this: If they're going to give you that open look and you're obviously not going to take it, back that defender all the way down to the post. Somebody is going to help out, and in turn, someone's going to get open. DJ is the strongest guy on the team and at times I wish he'd act like it. 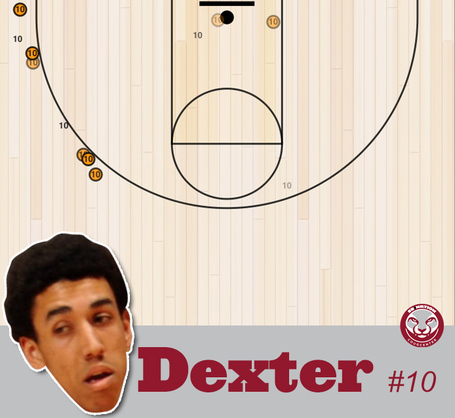 Dexter Kernich-Drew finally had the shooting night that has been promised of him since his first game at WSU. Whether this is an aberration (probably) or a sign of things to come (hopefully), it was nice to see him completely own the left side of the floor last night. Just imagine what could've happened last night if DaVonte Lacy were manning the right side. Actually, don't. It's painful.