WSU flag in Sochi at the Winter Olympics

The Washington State flag isn't just for Gameday. Here it is at the WInter Olympics in Sochi.

Share All sharing options for: WSU flag in Sochi at the Winter Olympics

Oh, like you didn't expect the Washington State flag to show up in Sochi. It's been pretty much everywhere else -- not just College Gameday, but all around the world and at plenty of big events. And here it is at the 2014 Winter Olympics in Sochi, waving (hanging?) in front of the Olympic Rings.

Here we have the flag overlooking the Olympic Flame: 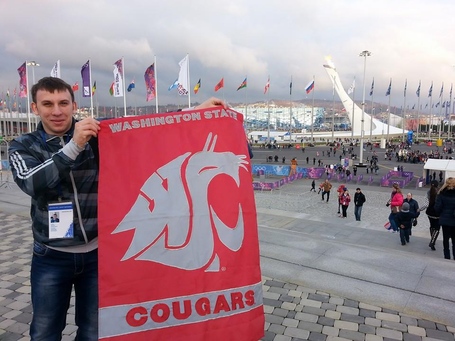 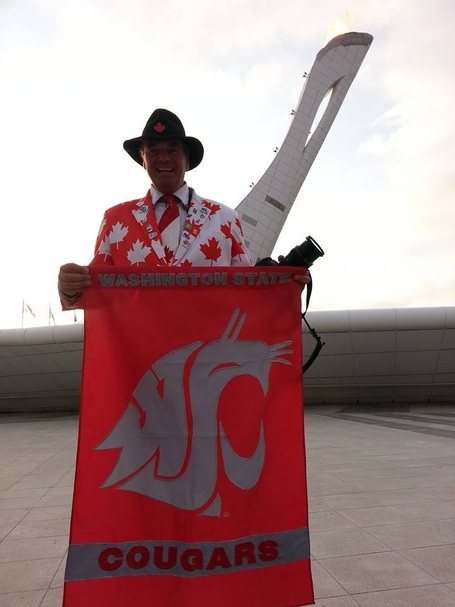 And now we wait to try and spot the flag on television at an event. Perhaps off to the side at a ski course, or maybe replacing a gate flag (extra points for degree of difficulty)? Maybe it shows up in the crowd at hockey? Short track speed skating or figure skating? The possibilities are endless here.

Because at an event that features so much flag waving and country pride, why not show off the Washington State flag again.