Share All sharing options for: Shot Charts: WSU vs. UW

It's only been a few years, but it feels like forever. The last time WSU beat the Huskies featured a Klay Thompson vs. Isiah Thomas undercard and a WSU Student Section vs. Venoy Overton main event. Say what you will about this lost season (because it is still probably lost), but yesterday was one of the better efforts I've seen out of the Cougs in years. If only we could play the Huskies every week. 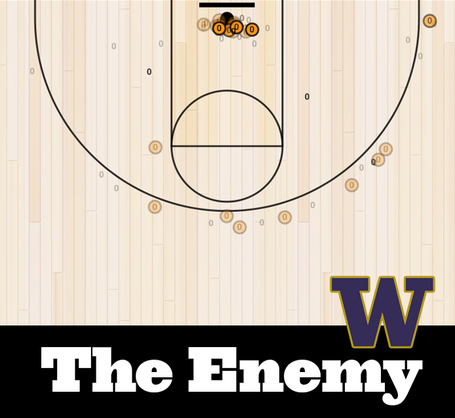 Here's one reason why. It's pretty easy to defend a team that will only shoot three's and layups. Once WSU was able to deny the entry pass, something we covered as a key 2nd half adjustment yesterday, UW's offense was taken completely out of sync. I'm not sure if UW ever shoots mid-range jumpers, but it does seem like a bizarre spray chart. 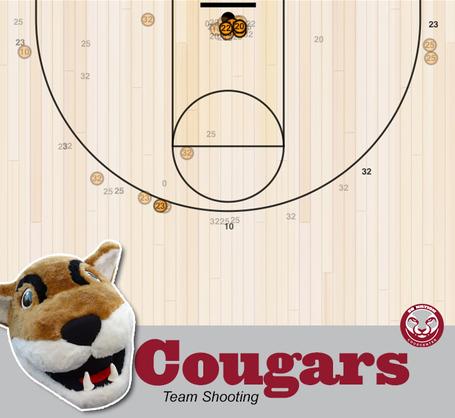 WSU seemed to employ the strategy Oregon pulled on the Cougs last weekend. Just keep shooting threes and pull down every offensive rebound. It should be noted, WSU guards were able to get into the paint whenever they wanted yesterday, which opened up weakside rebounding the entire game. Again, can't say enough good things about WSU's offense last night. 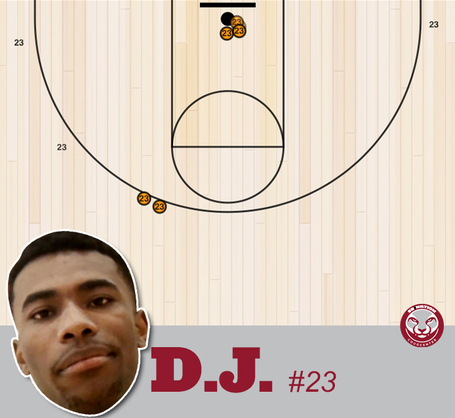 Game MVP is obviously D.J. Shelton, who had so many layups/dunks on the right side of the basket, his spray chart shows them all on top of each other. While that's probably one or two more three's than I'd like him taking, I can't argue with the results. 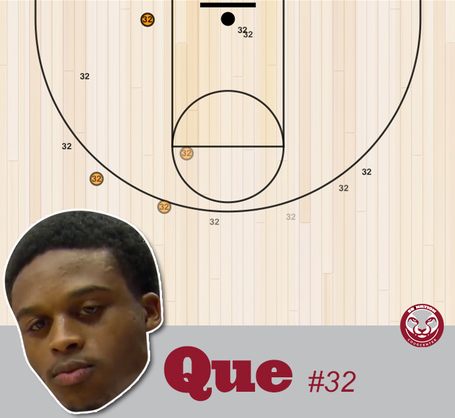 Que Johnson's chart is a bit misleading as it appears he camped out behind the three-point line for 40 minutes, but Que was able to get into the paint with regularity, drawing fouls, finding big men or kicking things out for the prettiest play in WSU's recent history. (ok this one was Lacy penetrating, but you wanted to see it again...) 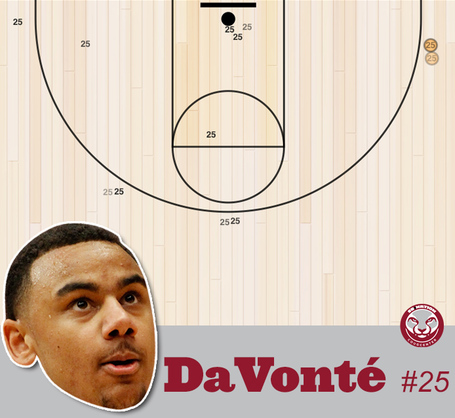 Welcome back, DaVonte Lacy! In postgame interviews last night, Lacy referred to himself as a decoy, which is probably half-true. Lacy missed a couple early bunnies, which lead to eight misses in a row, and at times felt a little bit forced. In the 2nd half, Lacy was able to draw a shooting foul and sink a couple free throws to get on the board and assure he wouldn't finish with a goose egg, and then came down and sunk a corner three on the very next play. When those layups start falling, who knows what this offense can put together (note I've been saying that about Royce Woolridge all season, so what do I know?)

What did you all notice yesterday? Let everyone know in the comments!