There's not much left to write about this team, other than the countdown has reached a mere four games until this season can be thrown off a cliff and forgotten forever.

So little to say, that we've just combined shot charts for the entire trip to Oregon into one page. You're now 50% more productive today. You're welcome. 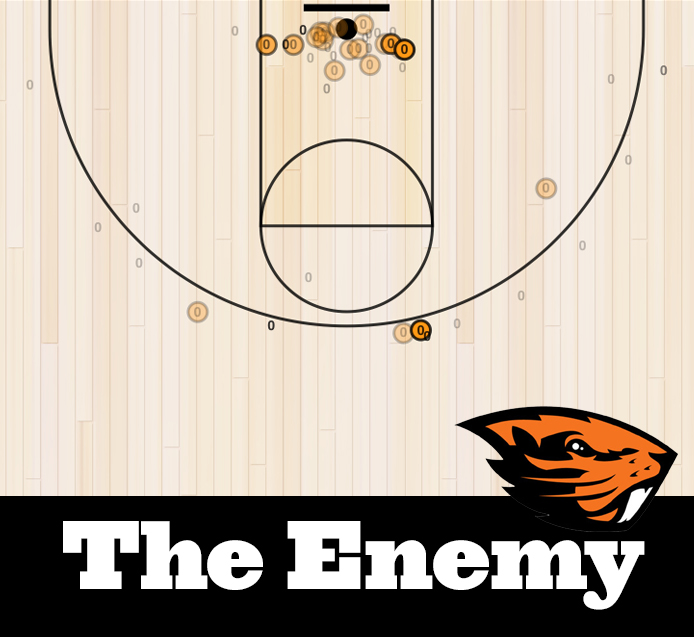 Looking at Oregon State's shot chart, you'd really think WSU probably won this game at first glance. The Beavs only made 20 field goals, and went 3/14 from the three point line. The first thing this chart doesn't show you is the thirty-six free throws OSU attempted..... 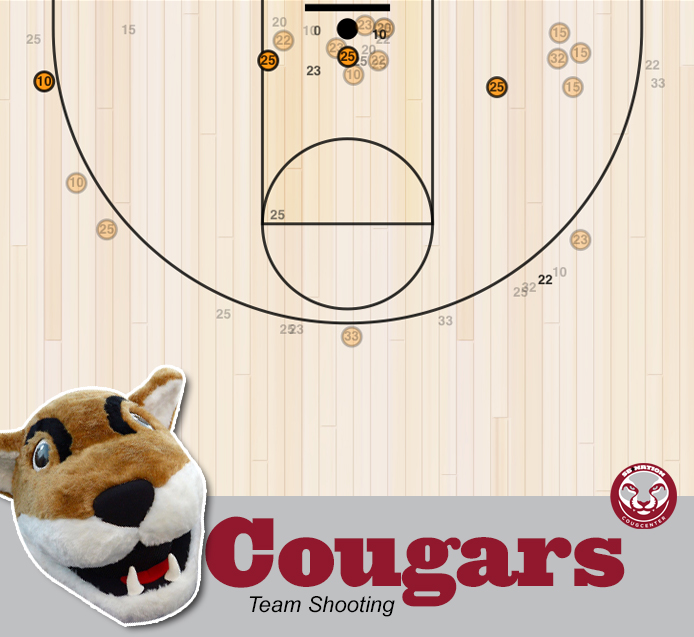 ....and the second thing that chart didn't show you is WSU shooting even worse. DaVonte's 4 for 12 (with five turnovers) evening combined with Que Johnson getting off a mere two shots means WSU makes a mere eighteen field goals. And while the Cougs were getting to the free throw line at a similar clip, that 57% from the line is a back-breaker. 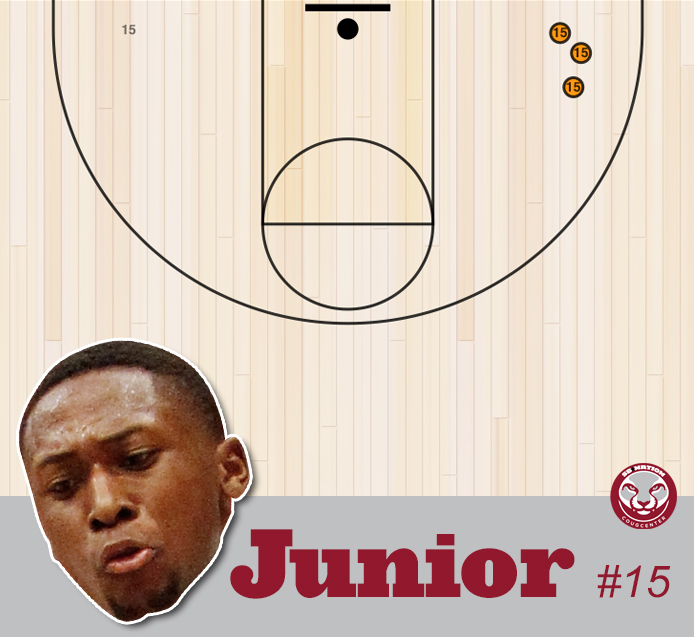 Everyone was terrible in Corvallis, so we'll just add Junior hitting 3 for 4 from fifteen feet to remind you of that one time Marcus Capers made two jumpers at Saint Mary's. 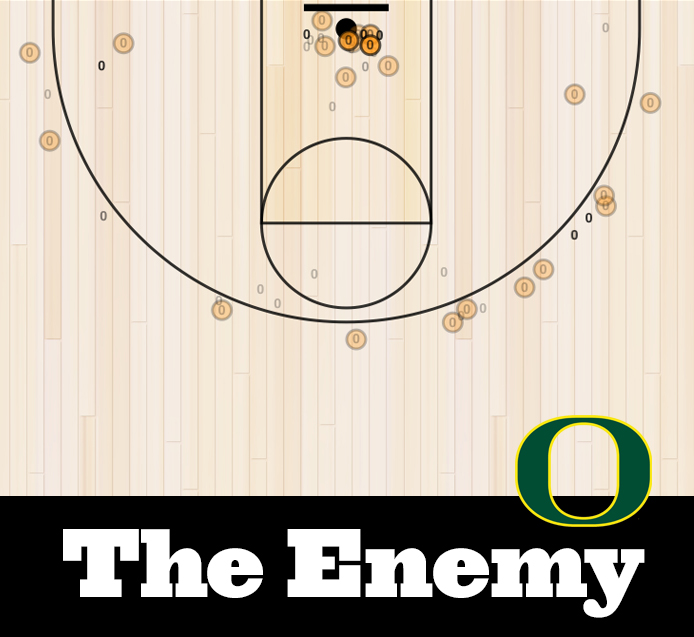 And last night we headed to Eugene, where the Ducks went the first eight minutes of the game without making a field goal, and WSU had a mere six point lead to show for it. Oregon was able to press at will in the second half, along with a barrage of three pointers from Mike Moser allowed them to take over the game for good roughly three minutes into the second half. 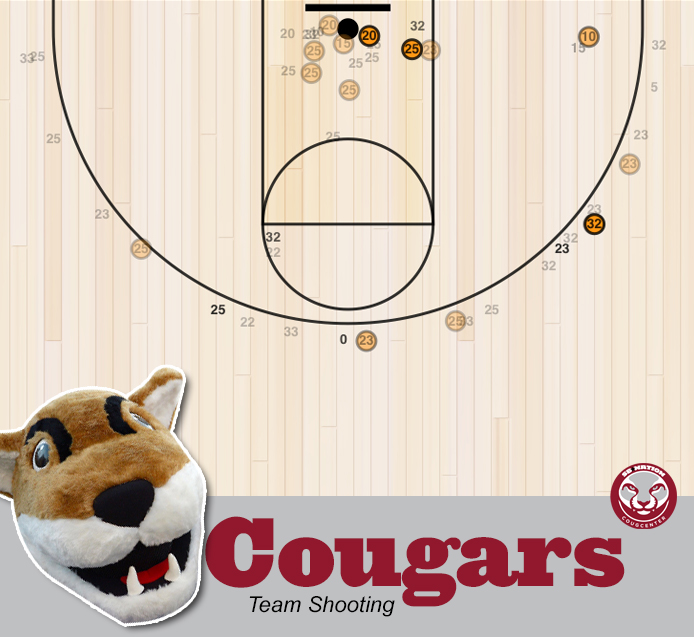 The Cougs spent the first 25 minutes or so attacking the basket, albeit not effectively. You'll see a LOT of misses around the rim, though counterbalanced with 22 free throws. However once Oregon took control of the game, it just became a game of three-point bingo. A game we lost...handily, going 6 for 22 from beyond the arc. 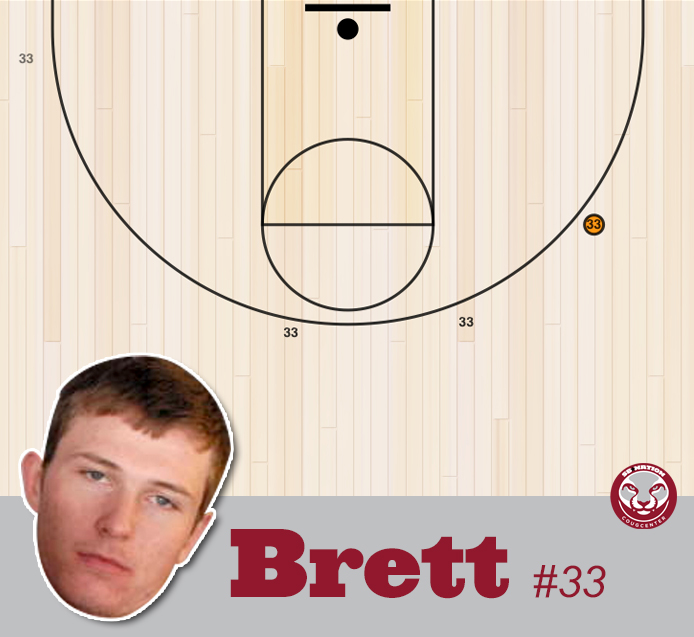 While this chart is pretty unremarkable, it is pretty hilarious to see Brett Boese now has a defined role on this team, which is to come in when the Cougs are down 15 points and try and shoot them back into the ballgame. I see WSU falling behind by 15 at least four more times this season, so look for Boese to log plenty more minutes this season.

WSU gets five days reprieve before heading to UW Friday night. Would a sweep of the Huskies salvage anything about this season? Probably not, but at least work would be more tolerable.