Despite WSU basketball's lack of team success, the junior guard was a true star for the Cougars and should be recognized as such.

Share All sharing options for: Did anyone notice DaVonte Lacy's amazing season?

Like most of you, I'm ready to turn the page on this crap sandwich of a WSU basketball season, which was the worst by any objective measure since Paul Graham's final season in 2002-2003. Not coincidentally, this likely is going to result in a regime change, just as it did then.

But before we do that -- before we move on full time to the seemingly inevitable search for a replacement for Ken Bone -- we need to pause and recognize easily the most remarkable thing to come out of this most unremarkable season.

DaVonte Lacy's development into dominant player, something that was on full display Wednesday night as he poured in 25 points in the season-ending loss to Stanford in the Pac-12 Tournament. 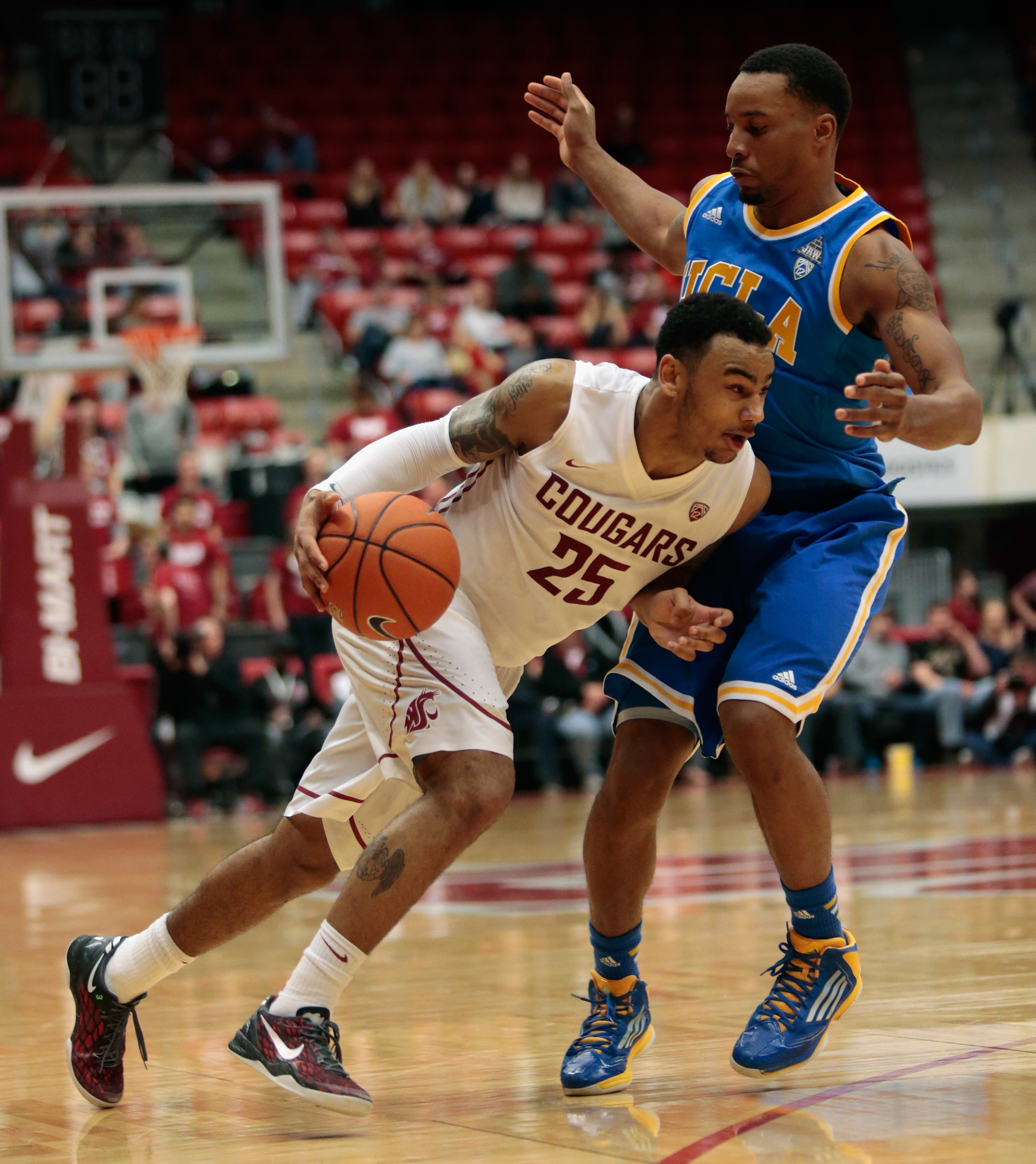 I've had the unusual pleasure of watching Lacy blossom from a skinny junior at Curtis High School in University Place, Wash., into the rock of a man he is on the court today. I've been infatuated with his game and potential since those days when he was lighting up my guys at Rogers High School in Puyallup where I teach; I always believed he had this kind of potential in him.

And he has absolutely delivered on that star potential. How good was he this year? Let's count the ways!

You all already know about his 19.4 points per game. But once upon a time -- when the team was interesting and analysis actually could be insightful -- we used to write a lot of stories that included advanced statistical measures of player efficiency. One of those is "offensive rating," a metric developed by Dean Oliver that is incredibly complex but essentially represents points produced by the player per 100 possessions. It's a stat best put in the context of "usage," or the percentage of possessions that end with an action by that player (made shot, missed shot that's not rebounded by a teammate, turnover, etc.) because offensive rating is most useful to us when we're comparing players of like usage, which reflects a player's role within the offense.

It can sometimes be hard to equate a guy using 25 percent with a guy using 30 percent, so here's a table ranking those 12 players with a usage adjustment thrown in where each 1 percent increase or decrease in usage results in a 1 point decrease or increase in efficiency -- a crude, but relatively accurate adjustment passed along to me by Kevin Pelton:

Don't mistake what I'm doing here; I'm not trying to make some statistically foolproof case that Lacy is the third best player in the Pac-12. All I'm trying to show is that the guy had one hell of a season that was as impressive as any season put together by a Pac-12 player. Because you know what virtually everyone on this list has that DaVonte Lacy does not?

If you think I'm being overly harsh, perhaps I am - but I'm being honest in my assessment. I'd first ask you to remember what the offense looked like without Lacy for eight games. Then I'd ask you to also consider the following.

There are 72 players in the Pac-12 who played at least 40 percent of their team's minutes this season. The offensive rating of an average player would be 104, given that the average Division I offense scored 1.04 points per possession this year. Kenpom.com ranks those 72 players by offensive rating, irrespective of usage; here is where WSU's players sit among them -- with their percentage above or below an average rating. Again, in chart form:

Not even on this list? Jordan Railey and his 80, because he finished the season just a smidge under 40 percent of the total possible minutes. Had he made the list, he'd be 73rd out of 73, which means (for all intents and purposes), WSU was rolling with Lacy and seven of the 18 worst offensive players in the conference, including the two worst offensive players in the conference in its starting lineup and a point guard combination whose assist rate and turnover rate were nearly identical. (That's bad, by the way.)

No matter how you try and slice it, Lacy did what he did while being the only credible offensive threat on the floor. Remember when Klay Thompson filled that role as a sophomore back in Ken Bone's first season? Remember how that went? I smile when I think of what Lacy might have done with a guy like Kyle Anderson to feed him the ball.

I think the most noteworthy part of Lacy's improvement is that his efficiency jumped even as he was asked to take the mantle from Brock Motum as the team's go-to scorer. We already mentioned that efficiency and usage generally have an inverse correlation (intuitively, it's hard to remain efficient when taking more shots), yet Lacy's offensive rating jumped seven points while his usage also climbed eight percent.

How was he able to do it?

I'll be honest and say while I had a lot of faith that Lacy had an all-Pac-12 future ahead of him -- and he actually probably deserved to be on the 2nd team this year ahead of a "winner" such as T.J. McConnell, and was really a victim of the depth of great guards in this conference -- I didn't envision him developing the way he did. I didn't anticipate that he'd first be a spot-up three-point shooter who would learn to add the ability to get to the rim; I figured it would be the other way around.

However, I did write this back in the summer of 2011 in my scouting report of Lacy:

For those of you who place a lot of stock in the value of leadership, heart, desire and other similar intangibles, you're going to love this guy. He's an intense competitor who takes losing personally -- I saw that first hand. After his team got it handed to them by Rogers, they didn't lose another game until the falling in the 4A championship to Gonzaga Prep. He's not as demonstrative as, say, DeAngelo Casto, but he'll never be accused of whatever it is fans didn't like about Thompson. Beyond that, he puts in the work behind the scenes to give legitimacy to any kind of barking he does on the floor. He is a leader.

It's safe to say that's proved to be true. Despite the challenge of playing on a bad team, Lacy never stopped grinding, even if his legs seemed to wear down a little bit the last couple of weeks under the heavy load he was being asked to carry. It's fitting that his final game featured 25 points on 18 shots -- the kind of efficient performance we've grown accustomed to this year.

DaVonte Lacy is as close to a pro as you're going to find in college basketball, and whoever is coaching this team next year is going to have one heck of a player to start this rebuild with. He knows what his goals are, and a coaching change isn't going to move him off that. He'll buy in completely, and the rest of the team will follow.

But before we go down that road, can we just stop for a minute and celebrate what DaVonte Lacy accomplished this season? Because he totally deserves it.