The Cougs come home from their long road trip with a 5-4 record. Not bad!

Put in the context of WSU baseball's horrendous 2-7 start to the season, coming back from this nine-game road trip through Arizona, No. 17 San Diego and No. 14 UCLA with more wins than losses is a fabulous accomplishment.

However, put in the context of starting the trip 5-1 only to miss out on a series win against UCLA after blowing a 5-0 lead in the rubber match -- and then losing the getaway game against Cal State Northridge yesterday -- it's hard not to be just a teeny tiny bit disappointed with the way the trip concluded.

Such is the nature of sports -- you get two series wins, you want three. The Cougs couldn't get three, which is disappointing since they were so close to making it happen, but still: The thousand foot view which shows a road series victory over Arizona, a two-game road sweep of 17th-ranked San Diego and a 3-3 start to the Pac-12 season that has them just two games off the pace.

The Cougars released their spring football roster on Monday which means it's time for an updated scholarship chart.

The search for a new basketball coach continues

Ken Bone has been fired, and for the first time in over a decade, Washington State is out to try and replace a failed basketball coach. Everything you need to know about athletic director Bill Moos' search.

When you consider that this road trip had the potential to kill the season by burying the Cougars in a hole that would be practically impossible to climb out of? We'll happily take the end result.

A week ago, we noted WSU was likely to be on a bit of a roller coaster this season if it continued to play so many close games. The Cougars did nothing to discourage that, as eight of the nine games on the road trip were decided by two runs or less. WSU went 5-3 in those games, and a big part of the reason why was Donnie Marbut pushing all the right buttons for a few days.

In game one against San Diego, WSU had a nice-but-not-too-comfortable lead of 6-3 heading into the seventh. Leadoff man Collin Slaybuagh reached on an error. Marbut sent Slaybaugh for a successful steal, which led San Diego -- after getting Nick Tanielu out -- to intentionally walk Yale Rosen, setting up a potential inning-ending double play. So what does Marbut do? Send up Wes Leow to pinch hit -- Wes Leow, who had all of one at bat all year.

Leow proceeded to deposit the first pitch over the right field fence. That homer would prove critical, as WSU would end up winning 9-7.

I don't know that all these things Marbut is doing are sustainable, but watching him manage right now has the feeling of watching a hot blackjack player. You know there's no way the run can continue forever, but it sure is fun while it lasts.

It also helps that WSU was able to get out to a lead in some of these games, rather than playing from behind; many of the early losses involved the Cougars falling behind, sort of catching up, but never getting over the top, making the game look a bit closer than it probably really was. In that sense, these close games were a positive sign.

This isn't really improvement, per se, but the bullpen is something we're a bit concerned about at this point. Marbut appears to have really tightened up the number of arms he's willing to trust in close games, which probably is a function of the hole the Cougs dug with their early losses. WSU simply needs wins at this point, and Marbut is trying to squeeze them out any way he can.

Case in point: In the first game against San Diego last Tuesday, Marbut brought Friday starter Jason Monda out of the pen to try and put out a fire started by Kellen Camus. As someone on Twitter pointed out, it likely was his day to throw in the bullpen, anyway, but still -- pitching in a game is different than tossing a few off the hill in a non-competitive situation.

Monda didn't throw well, but that's not really the point here. The point: Bringing him in was an unusual move and signifies how Marbut is viewing the season.

Here's everyone who threw out of the bullpen in the six games over the past seven days:

*No pitch count was reported for Hamilton's first appearance. He faced three batters, so this is a best guess.

None of the UCLA games were broadcast, so I wasn't able to watch Hamilton's final appearance, in which he blew the save and eventually became the losing pitcher, but it appears his command was an issue. The true freshman has been nails in the closer role, but it's easy to wonder if fatigued played into his ineffectiveness on Sunday. It not only was his fourth appearance in six days, but he also was asked to pitch in three different innings.

Marbut used a lot of arms early in the year, but now it appears he's mostly narrowed it down to Triece and Hartnett in the middle innings, Bower as the situational lefty, Camus as the setup man and Hamilton as the closer. Camus and Hamilton have been used heavily so far. The Cougars don't have another packed week on the schedule like the one they just had, so here's to hoping that these arms are ready to bounce back this weekend. 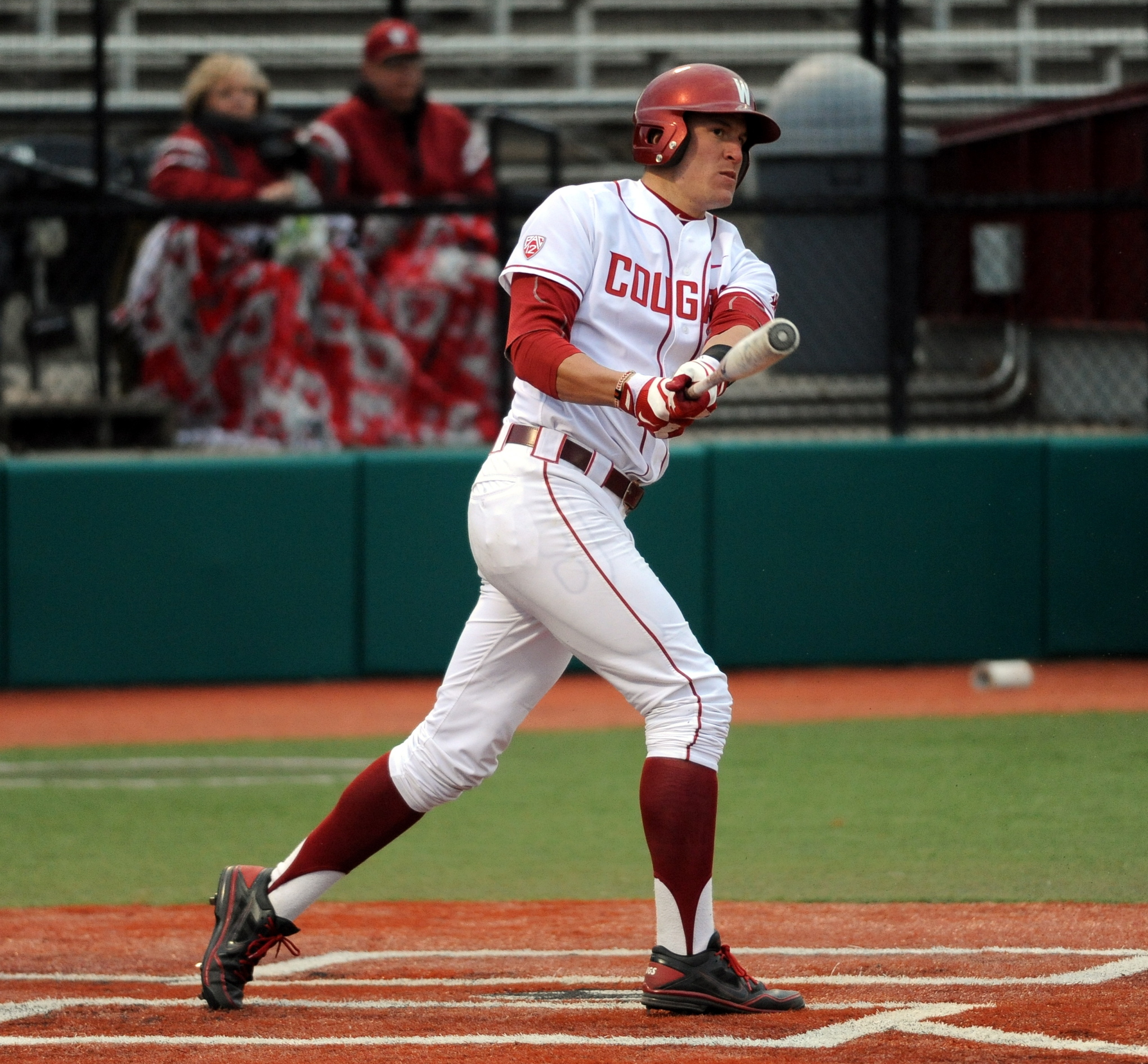 Hitter: It's not being harsh to say that Ben Roberts was a disaster at the plate last season. As a redshirt freshman, he batted .136 with 32 strikeouts in 88 at bats -- a far cry from what you'd expect from someone who was a seventh round draft pick out of high school.

Pitcher: Joe Pistorese threw an eight-inning complete game shutout on Saturday against UCLA, giving up four runs on seven hits. WSU ended up losing the game, but it was a big performance at a time when the bullpen was pretty taxed, giving WSU a shot. Jason Monda earns a shoutout here for his 7 1/3 innings of shutout ball with five strikeouts and two walks on Friday night against UCLA.

WSU gets a break from Pac-12 play when San Jose State comes to town for a four-game set starting on Thursday (6 p.m./6 p.m./2 p.m./noon). The Spartans are 7-18 and the sort of team WSU should take three of four from (or outright sweep) if the course of the season truly has changed.

As you might expect from the record, SJSU is a poor hitting and poor pitching team. Some of that, though, is due to the tremendously difficult schedule the Spartans have faced -- sixth toughest, if you believe boydsworld.com's Iterative Strength Ratings.

Still, WSU needs to make hay -- despite the gains of the last couple of weeks, WSU's overall record still looks pretty bad at 9-12. At some point, the Cougs simply need to pile up some wins. This should be a prime opportunity for that.

You can watch the whole series via free stream.