The latest four-game slide, punctuated by an embarrassing home loss to Gonzaga on Tuesday, has dropped WSU to 17-20. Is Donnie Marbut now coaching for his job over the final 17 games?

As another WSU baseball season hits the stretch run, one thing has become apparent: Barring some kind of 2002-Moneyball-Oakland-A's-level miracle run, the Cougars once again will be watching another postseason from the comfort of their living rooms.

To say this season has been a roller coaster is an injustice to Six Flags parks everywhere. In the span of 37 games, WSU has had losing streaks of five, four and four (and counting) to go along with winning streaks of five and six.

Unfortunately, the latest losing streak -- which included a sweep at the hands of then-No. 10 Oregon last weekend and a laughable no-show of a loss to Gonzaga on Tuesday -- has pushed WSU almost completely out of the postseason conversation. The Cougars have dropped all the way to 126 in the RPI and would likely need to win 16 of their final 17 games in order to get into the RPI top 45 -- the generally accepted threshold for NCAA tournament bubble status.

Let's just say the likelihood of that is fairly low with a trip to No. 11 Washington on deck starting tonight.

There's also this little matter of coach Donnie Marbut. He's just been unable to push the right buttons on the field with any consistency, as evidenced by the inconsistency in WSU's play all year. His postgame comments carry familiar refrains about "aggressiveness," the sort of thing that can wear thin with a team.

"I want to coach in Pullman as long as they want me." -WSU baseball coach Donnie Marbut, via Cougfan.com

Marbut also has had to deal with some controversy, as he was involved in a car accident shortly before first pitch of a game about a month ago (since attributed to a medical issue), and he's currently serving a six-game suspension after getting ejected on Saturday in Eugene.

According to Cougfan.com, the Pac-12 said the extensive suspension was the result of two things: Two games for extended arguing after an ejection, and four games for unintentionally "spraying" an umpire with spit. Marbut denies that he spit on the umpire, but those who witnessed the incident characterized the arguing as strenuous.

That's not the most interesting thing in that Cougfan article. This is:

Marbut's contract is up for renewal, and Marbut said he's had no contract discussions with athletic director Bill Moos.

Asked if he expects to remain the Cougars' coach next season, Marbut said, "I want to coach in Pullman as long as they want me."

Honestly, I didn't know he was in the last year of his deal. (EDIT: Please note correction at the bottom of the story.) So Mark did a little digging for me and found this release with details of the contract he signed in 2010 -- after two consecutive postseason appearances. He signed a three-year deal with a mutual rollover, and everyone was feeling great about keeping the guy that was on the road to restoring WSU baseball to its rightful place as an NCAA baseball power.

The 2011 season, though, was rocky; WSU finished 9th in the Pac-10. Still, there was no reason to panic, so it appears Bill Moos activated the rollover. But then WSU finished 9th again in 2012, and 10th last season. Which means for Marbut to be in his last year of the deal, Moos would have had to decline the rollover after each of the last two seasons, setting up a lame-duck/show-me season in 2014.

Unfortunately for Marbut, even with virtually all the important pieces from 2013 back, the Cougars haven't shown enough. They've slipped all the way to seventh in the conference after the sweep by Oregon.

And don't think this isn't lost on Moos: In the pecking order of northwest baseball schools, WSU is now trailing badly. Oregon, Oregon State and UW have combined for an 85-25-1 record; all three are ranked in the top 10 in at least one major poll. OSU wins national championships; Oregon is coached by a legend; and UW is on the upswing with a gorgeous new facility.

And the Cougs? Well they have 20 losses by themselves.

Could the team be playing for its coach's job over these final 17 games, even as he won't be in the dugout to lead them against the Pac-12's first place team? As the old 8 ball would say, signs point to "yes."

Let's take a brief look back at a couple of the positives from last weekend's disaster, in which the Ducks shelled the Cougs by a combined score of 19-5. 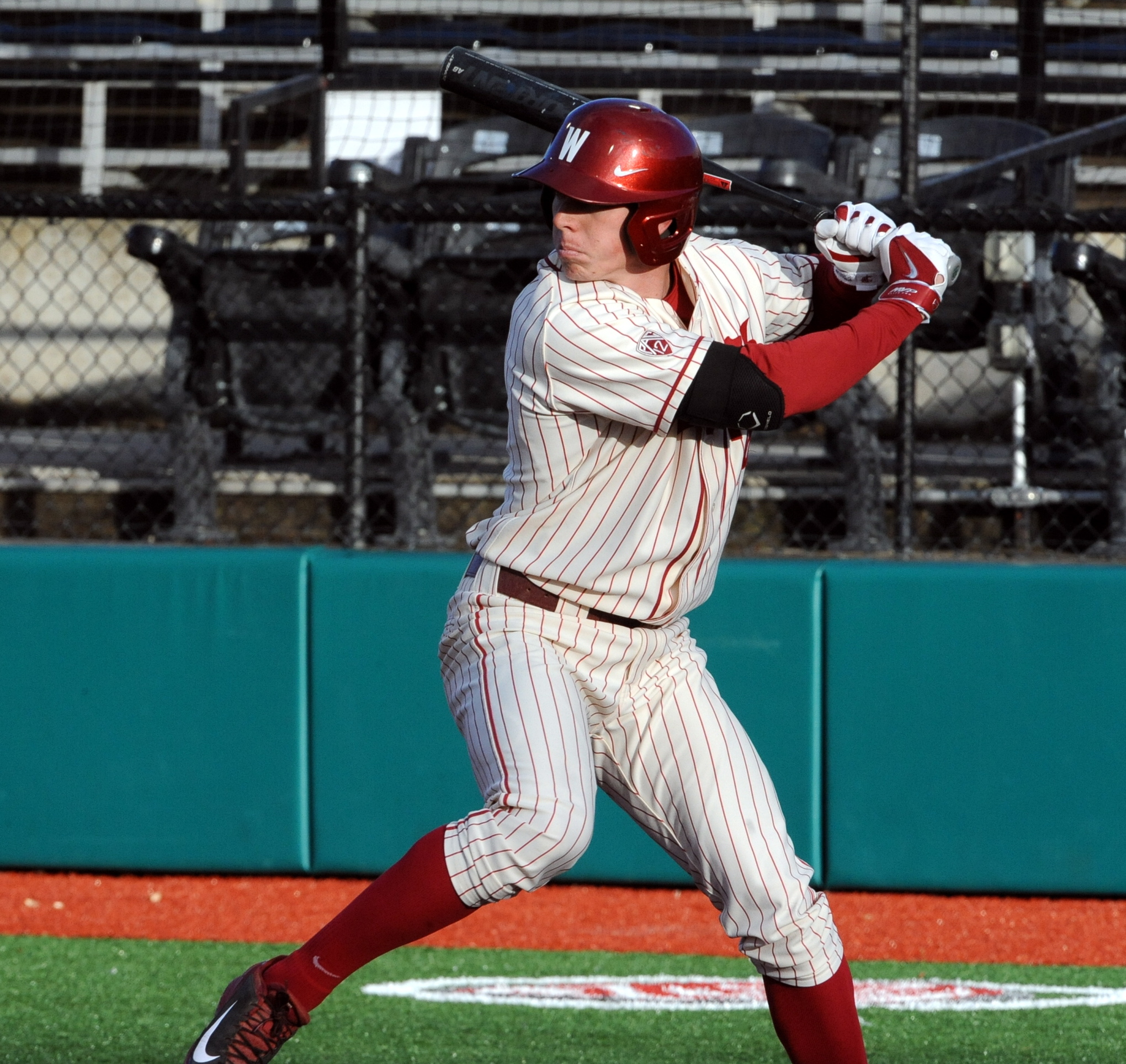 Collin Slaybaugh has quietly put together a pretty nice season. After going 5-for-14 (.357) in the losing streak, Slaybaugh's now got a nifty little .310 batting average. It's pretty empty -- his on-base percentage is just .331 and he's slugging just .359 thanks to just five extra base hits all season -- but still, .310 is swell. And he's leading the team with six steals in nine attempts. And he's an excellent outfielder, to boot.

The only starter on the weekend who wasn't awful was Jason Monda, who gave up two runs in six innings pitched on Sunday. But let's go ahead and turn to the bullpen. Kellen Camus made a pair of appearances, throwing four scoreless innings while giving up just one hit. His one inning of hitless work against the Ducks on Sunday helped keep the Cougs in a position to at least have a chance to salvage a game in the series; of course, they didn't, going on to lose 2-1. Camus then threw three innings of mopup work on Tuesday, which was impressive if only because WSU's hitters were completely lifeless.

Under fourth-year coach Lindsay Meggs, the Washington Huskies have risen to heights not seen in a long time while playing in a stadium that has been transformed from what was roundly considered a bit of a dump into one of the finest facilities in the west. Their rankings in Collegiate Baseball (No. 5) and Baseball America (No. 7) are the highest in program history.

It in that environment that the Cougs will try to make one last desperate run under interim coach Gregg Swenson.

The Huskies have won 10 in a row and sit atop the Pac-12. That's due in large part to the best offense in the league: The Huskies have a team slugging percentage of .397 -- a mark exceeded by only two individual WSU players. Brian Wolfe does the most damage; he's hitting .400/.471/.590 with four home runs.

There should be runs to be had ... if the Cougs can rally without their coach.

CORRECTION: Marbut actually is not in the final year of his contract. Details over here.