Pippins is going to challenge for a starting spot at cornerback. Let's get to know him.

Share All sharing options for: Five things to know about Marcellus Pippins

The WSU secondary is going to be young next year as four senior starters have departed. One starter at cornerback is presumed to be Daquawn Brown, but the other spot it up for grabs, and freshman Marcellus Pippins just might take it. Here are five things you might or might not know about him. 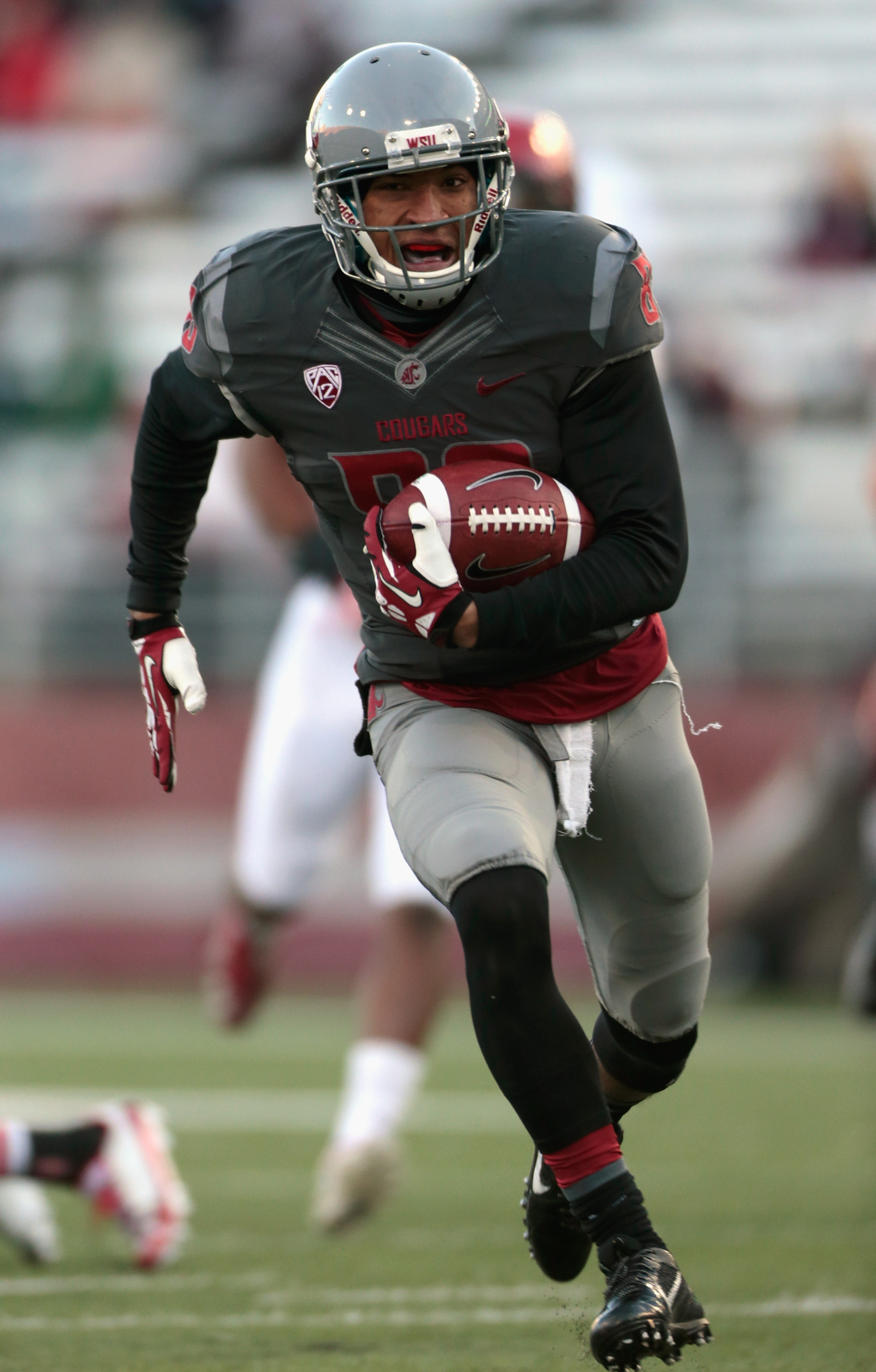 This is just the latest in our series of profiles on the 2014 Cougar football team. Click above to see them all.

1. FLIPPER: Pippins, a consensus three-star cornerback, committed to WSU after decommitting from Utah. The Utes changed their offer to a grayshirt option, Pippins said no thanks and committed to WSU shortly after visiting Pullman, eventually signing a letter of intent as part of the 2013 class.

"When I took my trip, I really felt that it was the right place to be," said the 5-foot-10, 175-pound Pippins, who said Washington State is looking for him to play cornerback and special teams. "I talked with my mom and dad about it, and they said it would be a better fit for me."

2. GRAYSHIRTS ANYWAY! Despite not liking Utah's offer, Pippins ended up grayshirting anyway, enrolling in January and participating in spring drills.

3. STANDING OUT IN SPRING: In what is a wide open competition at cornerback, Pippins has an opportunity to play his way onto the field immediately, and he turned some heads in March. Via Jacob Thorpe's practice reports:

It's still early but freshman cornerback Marcellus Pippins will be hard to keep off the field. Pippins has reeled in an interception in both of WSU's practices so far, and neither were on particularly poorly thrown balls. It wouldn't be surprising to see Pippins emerge as WSU's nickel cornerback in the fall.

One reason why he could be prepared to play right away? Some outstanding coaching he received in high school from an all-time great Cougar defensive back, former safety Lamont Thompson.

4. PUNT RETURNER? Pippins was one of several players who fielded some punts in the spring, a testament to the kind of athletic ability the coaches believe he has.

"He sort of reminds me of Rahmel Dockery," Darryl Monroe said. "He's freakishly athletic, he has great speed and great ability. I'm just excited to see his technique develop and to take coaching and see how far he can progress."