CougCenter community out to raise money for Make-A-Wish

Share All sharing options for: CougCenter community out to raise money for Make-A-Wish

A little over a year ago, my son had the opportunity to visit Disneyland thanks to Make-A-Wish. The trip -- the highlights of which are in the video above -- had such an impact on us, our family decided to pay it forward last summer by launching a fundraising campaign for the Walk For Wishes.

You all exceeded every expectation I had, as we raised an amazing $11,000 together. But I believe we can do even better as CougCenter is kicking off it's second annual drive to raise funds for Make-A-Wish Alaska and Washington.

Don't need the back story? Give here now! Better yet, just join our team!

But before we get to that, here's a little background on how this all came about for those of you who are new to the site or need a refresher. 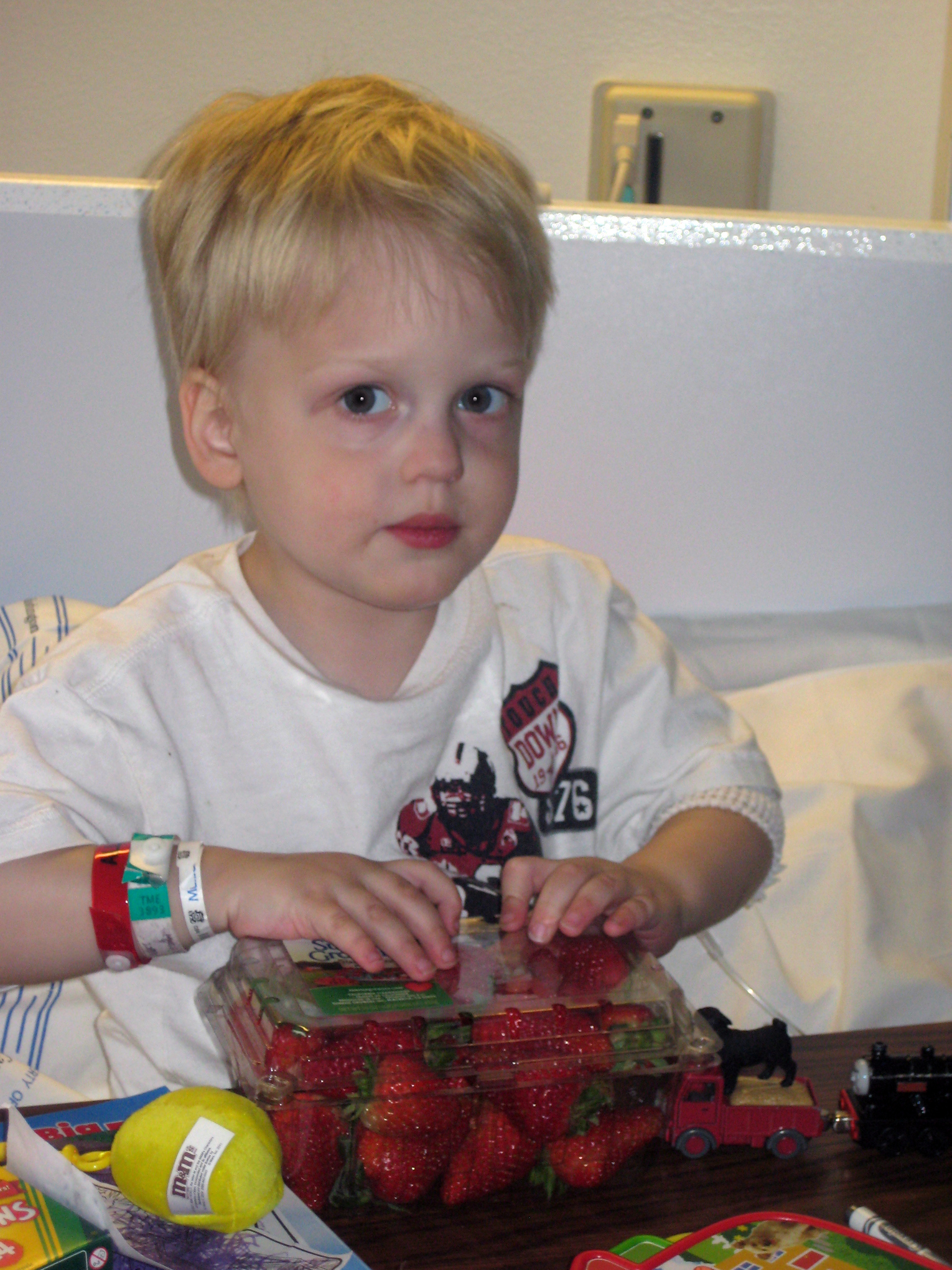 At the hospital, just a couple of days after diagnosis.

About two years ago, my then-2-year-old son, Trystian, visited Mary Bridge Children's Hospital in Tacoma to resolve an apparent case of appendicitis. He'd been fatigued and losing weight for about a month, often complaining that his tummy hurt, and his pediatrician suspected an infected appendix. A routine blood test in the emergency room was supposed to simply confirm the diagnosis and determine the urgency of the situation.

Turns out, the situation was much more urgent than any of us could have imagined. The ER doctor quietly returned to the exam room, and with a grave look, he delivered two words. Two words we've turned over in our minds time and time again. Two words that paralyze you.

If any of you have had this insidious disease touch your own life or the life of someone you know, you understand that those two words blindside you in a way you can't possibly imagine. But as a parent ... I mean, what does a parent even do with that? We're supposed to protect our children.

Quite honestly -- in that moment -- it feels as if your child has been handed a death sentence that you're helpless to change.

Diagnosed with Acute Lymphoblastic Leukemia, the next hours and days were a whirlwind of transfusions, infusions and surgical procedures. Although Trystian had been increasingly climbing up into our laps for impromptu naps, he still loved to run and jump and play; now, he was confined to a hospital bed, tubes running out of his body, monitor leads attached to his chest.

Ready to jump in? Give here! Better yet, just join our team!

I'll never forget his first chemo treatment, given less than 24 hours after diagnosis. The nurses, wearing what looked like light-grade haz-mat suits, rolled in a big red cart with a lot of warning stickers on it.

"We're here to give him his first chemotherapy infusion."

"What's up with the suits?"

"Oh, the chemo is highly corrosive. It can hurt you real bad if it touches your skin."

I thought to myself: This stuff -- this stuff that is so awful, the nurses are going to extreme lengths to make sure they don't even touch it -- this stuff is going inside my son's body. Try reconciling that one as a parent.

It wasn't long before we learned the full scope of what Trystian was facing: His prognosis was good, but there would be three-plus years of treatment. Over that time, he would be given a cocktail of drugs that would punish his body, including some intense chemotherapy.

During that initial, difficult hospital stay, we were blessed by so many around us, including our friends Erik and Amy. Ten years earlier, their daughter also had been diagnosed with A.L.L. Now a cancer survivor, she had received a Wish. Amy said, "You need to contact Make-A-Wish. People might tell you it's too early. It's not. It will give you something to hold on to."

Before long, Trystian had his first meeting with "Mr. Lou" and another wish granter. It was set: After Trystian's first year of treatment was done, we were going to go to Disneyland. 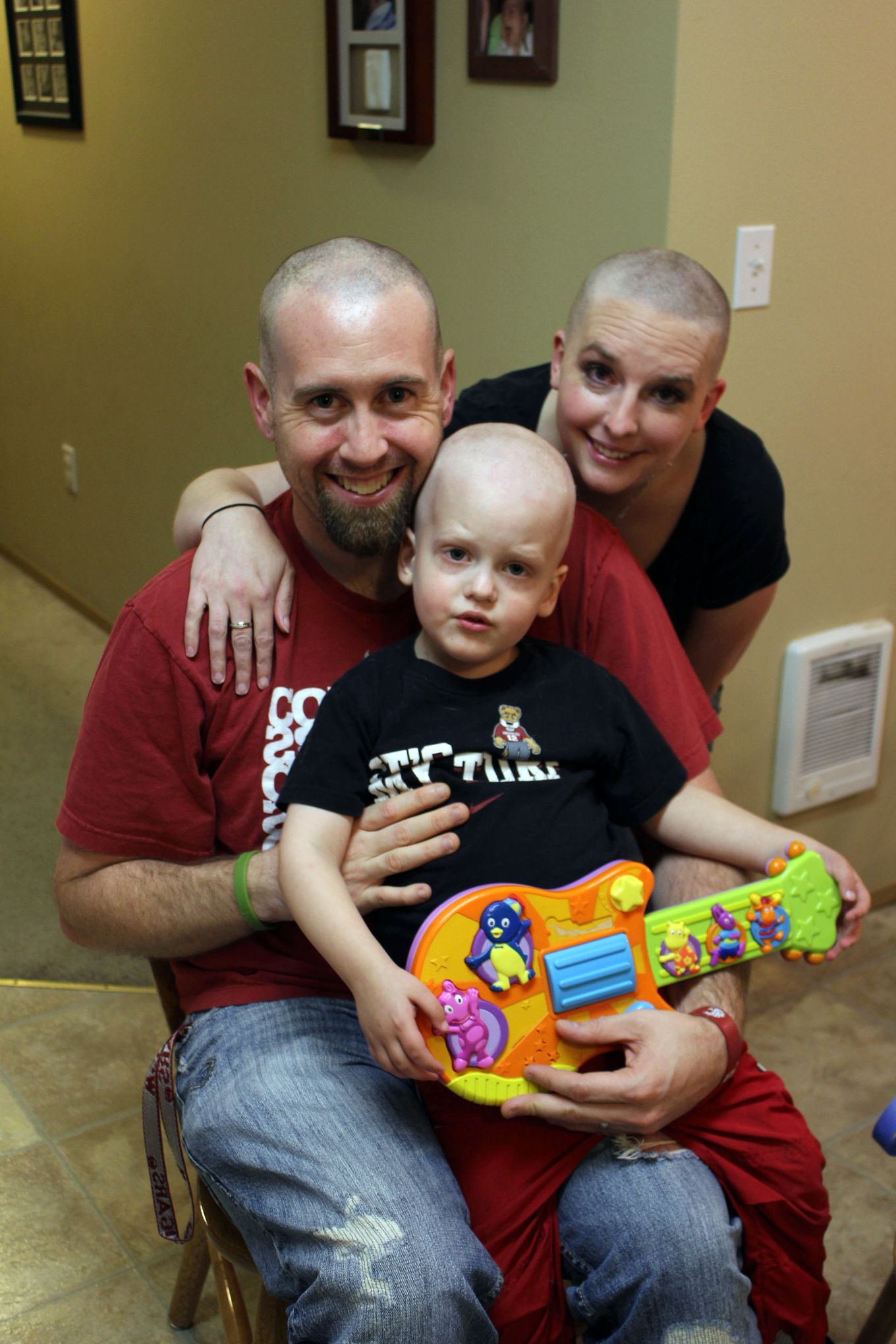 Things were pretty rough for the next nine months. But Amy was right -- each time things got difficult, we could point to the countdown on Sarah's phone and remind Trystian that meeting Mickey was just a little ways away. When we all shaved our heads because Trystian's hair was falling out in clumps, the thought of the trip raised our spirits. And the periodic visits from Trystian's friend, the gregarious Mr. Lou, brought him such joy.

The trip was unlike anything we could have imagined. Alaska Airlines and Disney treated us like royalty. Our room at Disney's Paradise Pier faced California Adventure. Once inside the parks, Trystian was escorted to the front of the lines like a VIP, and yes, he got to spend the kind of quality time with Mickey Mouse that other park patrons can only dream of. We even were able to make an unplanned stop at Huntington Beach on our way to the airport on the last day, a visit to the ocean that might have actually been Trystian's favorite spot of all.

It was amazing. You can see for yourselves in the video at the top of page. He really got to play checkers with Mickey and Minnie. How cool is that? To this day, he still talks excitedly about that encounter with Mickey Mouse.

That, truly, is the miracle of Make-A-Wish. We've still got another year to go in Trystian's treatment, and his prognosis is still good. But cancer will never not completely suck, and at the times that we're tempted to be overcome with despair, Make-A-Wish reminds us that life is to be fully lived by all of us for however long we're here, even in the face of something as awful as cancer.

There are good days and not-so-good days, but looking at Trystian's demeanor -- as he now has turned five years old -- we firmly believe that Make-A-Wish has played a role in there being more good days than bad.

It's why we have chosen to continue to work with Make-A-Wish, even as Trystian's Wish already has been granted. We want other children to have the opportunity to experience the perpetual gift of a Wish in the same way. A Wish invigorates the human spirit. It gives us something to hold on to, something to hope for. And hope is as powerful as any drug that can be pumped into a body. Don't ever let anyone tell you otherwise. We've seen it. It's real. 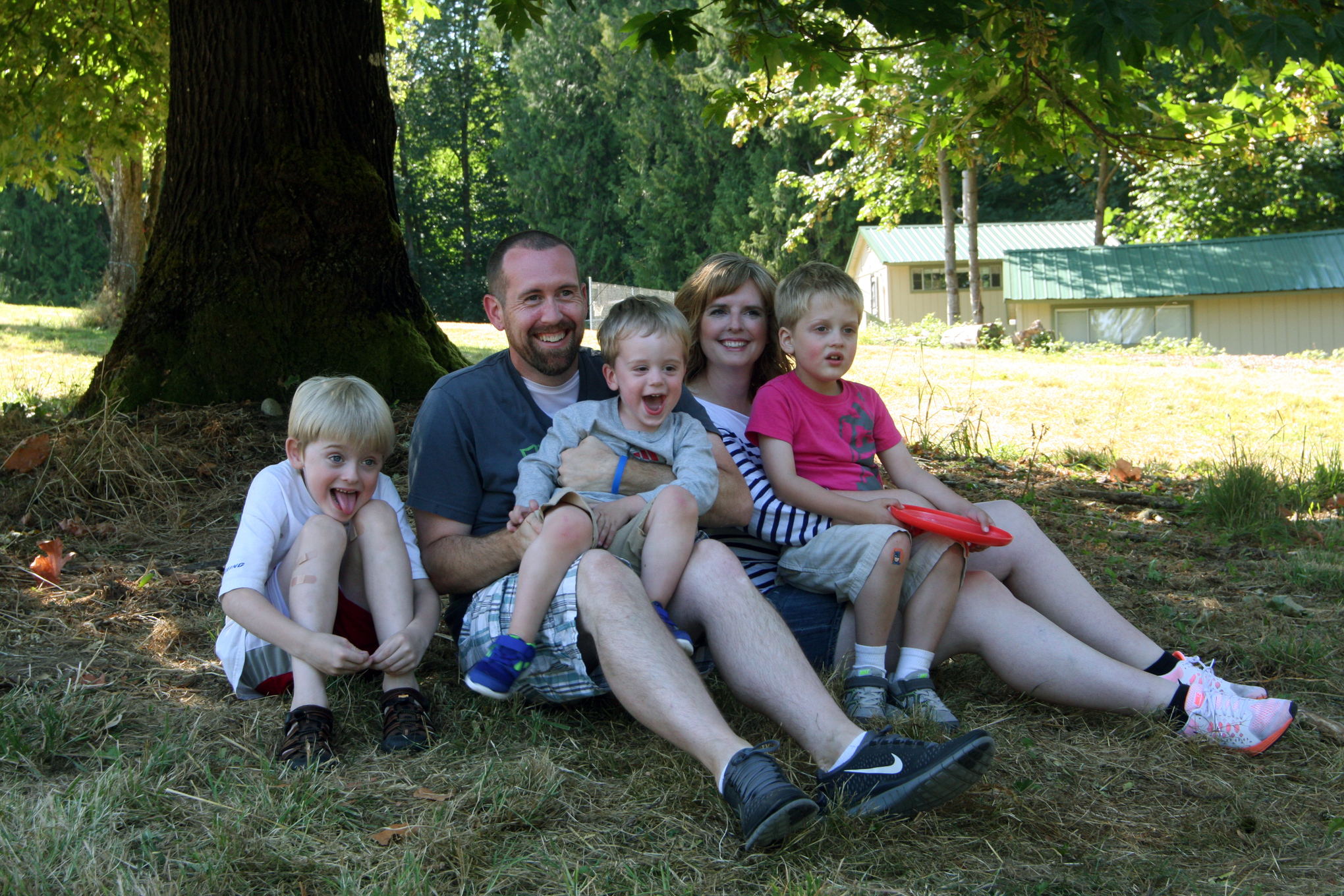 How You Can Help

Team Trystian is making a return at the 2014 Walk For Wishes fundraiser. It costs an average of $5,000 to fully fund a Wish; last year, we were able to fund two by raising more than $11,000 together. This year, we want to fully fund four Wishes by raising $20,000.

It's ambitious, yes. But we smashed all expectations last year, and I'm betting we can do it again. There are two ways you can help!

The simplest way to join us is to make a donation. You can do that here! I truly was humbled at the number of people who supported us in that way last year, as all of the donations -- most of them modest -- added up to that big number.

However, I'm hoping at least 20 of you will go a step further this year by joining our team and raising funds through your own friends and family. Maybe we can get to the $20,000 mark from just my network, but I'm going to go out on a limb and say that we've got a much better chance of reaching our goal if more people are reaching out to others for donations.

Go here! Click "Join Our Team." Fill out the various fields. Go fund raise! Then join us at the actual Walk For Wishes event on September 14 at Marymoor Park in Redmond, Washington. (If you can't come, don't let that stop you from joining our team. We'll mail your t-shirt!)

Last year, our team tent was a little lonely with just our family. I'd love to fill it with a bunch of Cougs this year.

Let's do this! Give here! Better yet, just join our team!

Will you join us in making wishes -- like the one in the following video -- come true?