All the Seattle Games: RANKED

Which was your favorite SoDo Experience? Please compare your list to the definitive scientific rankings below.

Share All sharing options for: All the Seattle Games: RANKED

As the WSU football team prepares for its final dalliance in Seahawks Stadium Qwest Field CenturyLink Field, we crank the Sarah McLaughlin and remember all the fond pleasant adequate memories the Seattle Game has provided us throughout the years.

The Seattle Game experiment (for the foreseeable future) is finally over!   With just over a third of the stadium sold two days before kickoff, it appears many fans are eulogizing the event in private.  Let's take a look back at the best the Seattle Game had to offer, RANKED.

This game.....This #($$*#($&ing game.   A large sector of Hawaii fans had taken residence in a Marriot across the street from my office in Bellevue and on the Friday before the game, they asked every one of our employees walking by on their way to Tully's if they were Cougar fans.  When they finally got to me, I told them yes.  Their faces lit up and they yelled "YOU SUCK" at the top of their lungs.   To this day, it remains one of the more confusing 30 second periods of my life.  And it turned out I did suck and my rooting interest in this game was proof.  Don't let the 18 point margin fool you;  The game was 35-6 at halftime.   As we finished up our pre-game drinks and headed into the stadium across the street, one of our friends decided to bail on the game and said he'd save the table.  Sure enough, we were all back by the end of the first quarter.

But the worst thing about the Hawaii game was reading the player interviews after the game about how they were too cocky and overlooked the Rainbows.   Dudes, you got outscored by nearly 500 points the previous year.  You don't get to overlook actual rainbows.  I could go on for another twenty minutes on this ridiculous game and the crazy places we found our drunk friends the next morning, but in the interest of brevity.... 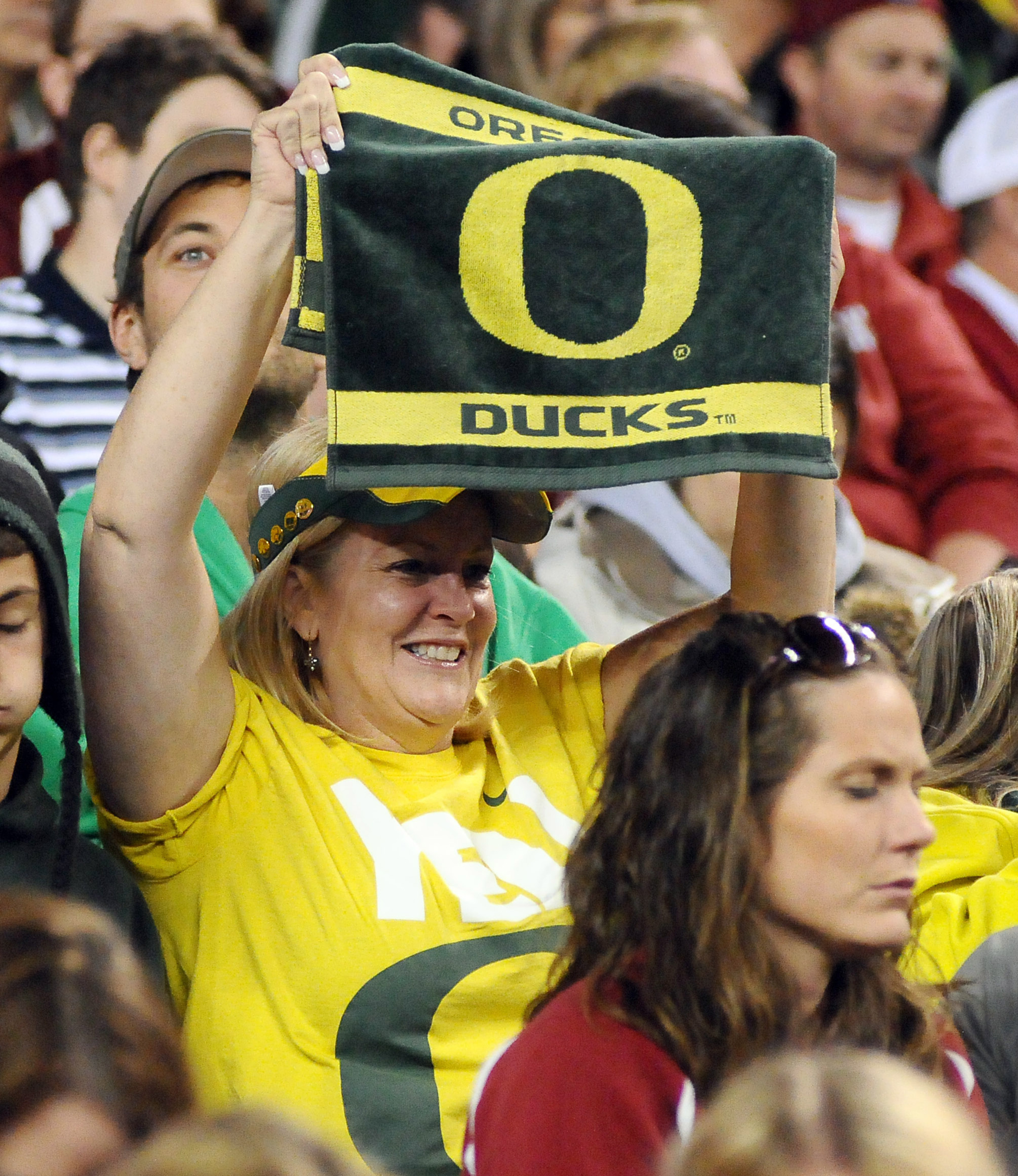 This game ended up being the tipping point in both fan support in Paul Wulff and fan support in the Seattle Game.   The Beavers came into the game at 1-5, including a critical loss to rival Sacramento St in the opening weekend.  Didn't matter, as Sean Mannion used WSU for target practice and tossed four touchdowns in the first forty minutes.  WSU also rushed Jeff Tuel back from his fractured entire-body injury suffered in the opening weekend and ended up losing him for the year.  I remember seeing three fist fights in my section alone that evening.  All Cougs.

This game could arguably be ranked higher if you wanted to include the 22-19 halftime score among the greatest moral victories in Cougar history.  Right around Halliday's pick-six in the third quarter to make it 37-19, I said my goodbyes to my group and headed home to finish the game on my couch.  I turned on the television just in time to see the Cougs turn the ball over on downs in the Oregon Red Zone and Kenjon Barner take the ball 80 yards to the house on the very next play.  Oh but that first half when we were only down a field goal...

Ranked ahead of the Oregon game solely because my daughter was born that day and I was in a good mood watching the game from the hospital.  Bonus points given for the introduction to Popcorn Guy.  I remember the color guy on the broadcast trying to make this stinker interesting by praising WSU's Red Zone defense, while completely ignoring Stanford scored four touchdowns from 40 yards out.   This game is also notable for burning all good will from covering the spread against Auburn.

Paul Wulff's first game as Cougar head coach didn't really give us any clues that would lead us to believe a four-year tire fire lied ahead of us.  The Cowboys offense featured Dez Bryant, Brandon Pettigrew and Kendall Hunter, so it's not out of the ordinary for them to have scored 39 points.  I seem to remember the prevailing opinion was the team would be ok as long as we found someone to replace Romeo Pellum.  Of course, this was also before Gary Rogers was paralyzed from the forehead-down a couple weeks later.

52,000 of you came out to watch a marching band.   So even in WSU's most lopsided victory in Seattle, the Cougs lost the contest that truly mattered.

Ah, the birth of the Brink/Swogger debate.  I miss arguing over Brink/Swogger.  I really think they should move to the same town when they get older so their sons can compete for the same high school quarterback position and all the townies can argue over their talents at whatever fair they frequent.  We can bring in Trandon Harvey's kid to drop Swogger, Jr's passes to make it extra-authentic.  If you wanted to make a tv show tailored directly to Cougar fans, it would either be this or people recounting the night Ryan Leaf got thrown out of Shakers.

Which quarterback is better? We let the internet decide.

Get to know the Scarlet Knights defense

Get familiar with the unit the Cougars hope to torch.

Connor Halliday vs. Gary Nova Get to know the Scarlet Knights defense

I think this was the game I started to turn against the Seattle game after witnessing a couple students try and fight two Baylor fans who had the nerve to get into the Porta potty line in the parking lot.   A lot of grief is given about the 2006 season and the Apple Cup blunder that cost us a bowl game (and potentially Bill Doba's job), but few remember this game, if called correctly, would've made the whole thing moot.  Anyway, down 15-14 with seconds left to play, DeMaundray Woolridge fumbled the ball on the two yard line and Baylor recovered.  Only the referees ruled Woolridge down by contact and since the game wasn't on television, there weren't sufficient cameras to review it.   Baylor absolutely won this game; we were given a gift that we've been paying for in karma for nearly a decade now.  This was also the game Alex Brink was nearly booed off the field because Rogers scored against Auburn that one time.

Remember when you all thought Chris Bruhn was the second coming of Herschel Walker?  Don't lie.  This game sparks no memories for me, other than watching my very drunk friend play peek-a-boo with the infant in front of him for a solid 3 hours.  I am not embellishing that at all.   But for real: I have no recollection of this game whatsoever and it made #4 on the list.  Let that sink in.

First football game in the new stadium, Will Derting introducing himself to the world and step one on the way to the Rose Bowl.  But the first three quarters of this game were an absolute clunker.  Nevada led 7-0 after the 1st quarter and WSU only led 14-7 after the 3rd. Cougar fans came to see Jason Gesser and he was on the field for less than 20 minutes.

I know this may feel petty, but are there any games in the previous 11 you'd put at #1 in anything?  Was there a single time you walked out of Seahawks Stadium thinking "I'm glad I did that.  That was worth the money."  Of course you haven't.  You're going out of obligation, not because you actually want to go.  When I watched the game from the hospital last year, the first thing I learned was "I do not miss being at this game". All the hand-wringing over attendance and the lack of loyalty from Cougar fans is kind of silly.  The product is not compelling and we're trying to guilt people into giving up their time and money to attend a game that has never been an enjoyable experience, even when the team is good.   In a couple weeks, we'll be kicking off in our now-completed stadium, and THAT is something Cougar fans should want to see.