Cougar Football Player of the Week

There isn't much doubt as to who performed best for the Cougs against Rutgers.

Share All sharing options for: Cougar Football Player of the Week

Welcome to the first edition of WSU Football Player of the Week here on CougCenter. I don't think it's much of a mystery who will garner the top award for the season's first game, but it should be apparent that every candidate will come from the offense. My guess is that I'm not alone in my hope that there are several worthy nominees on both sides of the ball moving forward. Without further ado ...

Notes from re-watching the opening loss

Mark had the courage to watch the game again. Here is what he saw.

Did the result of Thursday's game make you want to cry? This will make you laugh!

Mayle was clearly Halliday's go-to receiver, especially in the second and third quarters, and he didn't disappoint. He was effective after the catch, and ended up leading the team in both catches and yards. He had twice as many receptions as any other receiver, and it is clear that he and Halliday have developed very good chemistry.

Why is Myers here and not Mayle? He only caught half as many passes. I'm putting Myers in this spot because the degree of difficulty on a couple of his catches, especially his second touchdown, was pretty high. We saw the highlights of a couple incredible catches he made during camp, and it looks like he hasn't dropped off at all. His second TD of the night was big in many ways. Following a sack, it was 3rd and Goal at the 14, and WSU really needed a touchdown. Myers went over the middle and caught a dart from Halliday. In the process, he took a wicked shot to the face (I have no idea how a personal foul wasn't called), but hung on for a huge score. 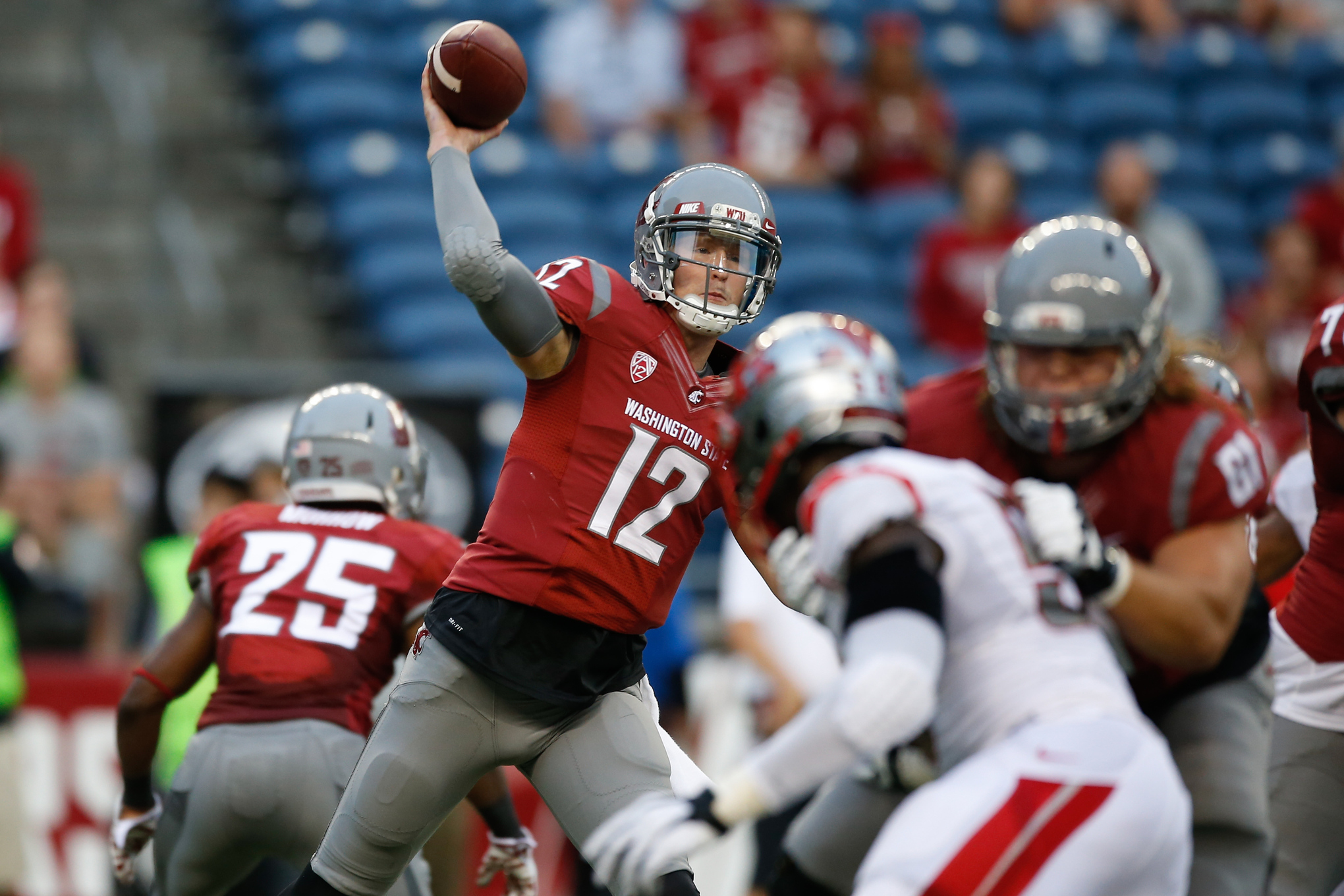 I know, I'm sure you were all on pins and needles for this one, as the number of candidates for the top spot was plentiful. Or not. Quite simply, Halliday was fantastic in this game. Playing behind a young offensive line, he made his reads quickly, and more often than not got the ball to the right guy. His one interception was ugly, but it might not have been completely his fault. He averaged 9.5 YPA, threw for over 500 yards, and made it clear that he was the leader we all need him to be.

I'm not sure there will be much of an argument against Halliday as Player of the Week, but who do you think deserves recognition?

WSU sends Seattle Game out in style, loses to Rutgers 41-38