When Joe Dahl arrived at WSU in 2012, following his transfer from Montana, several practice reports mentioned the Spokane native as WSU's best offensive lineman. There were a couple problems with that. First, Dahl wasn't allowed to play, sitting out a year due to his transfer. Second, the fact that a redshirt freshman from a Big Sky school was the best player on the line didn't say much for the guys who were allowed to play.

Three seasons later, it's pretty obvious that those early practice reports were quite accurate. After starting at left guard for the New Mexico Bowl team in 2013, Dahl moved out to left tackle for his final two seasons. Despite the position move, Dahl didn't miss a beat. He received honorable mention All-Conference honors in 2014, and earned a spot on the first team in 2015 despite missing the final four regular season games.

Now that Dahl has exhausted his eligibility, it's time to look ahead to his NFL Draft prospects.

Agility and Versatility: As we mentioned above, Dahl was good enough to move outside to tackle, and got even better. He possesses the quick feet that are a must for containing edge rushers. He has shown a great ability to get to the second level in the run game, as well as getting out quickly on screen passes. 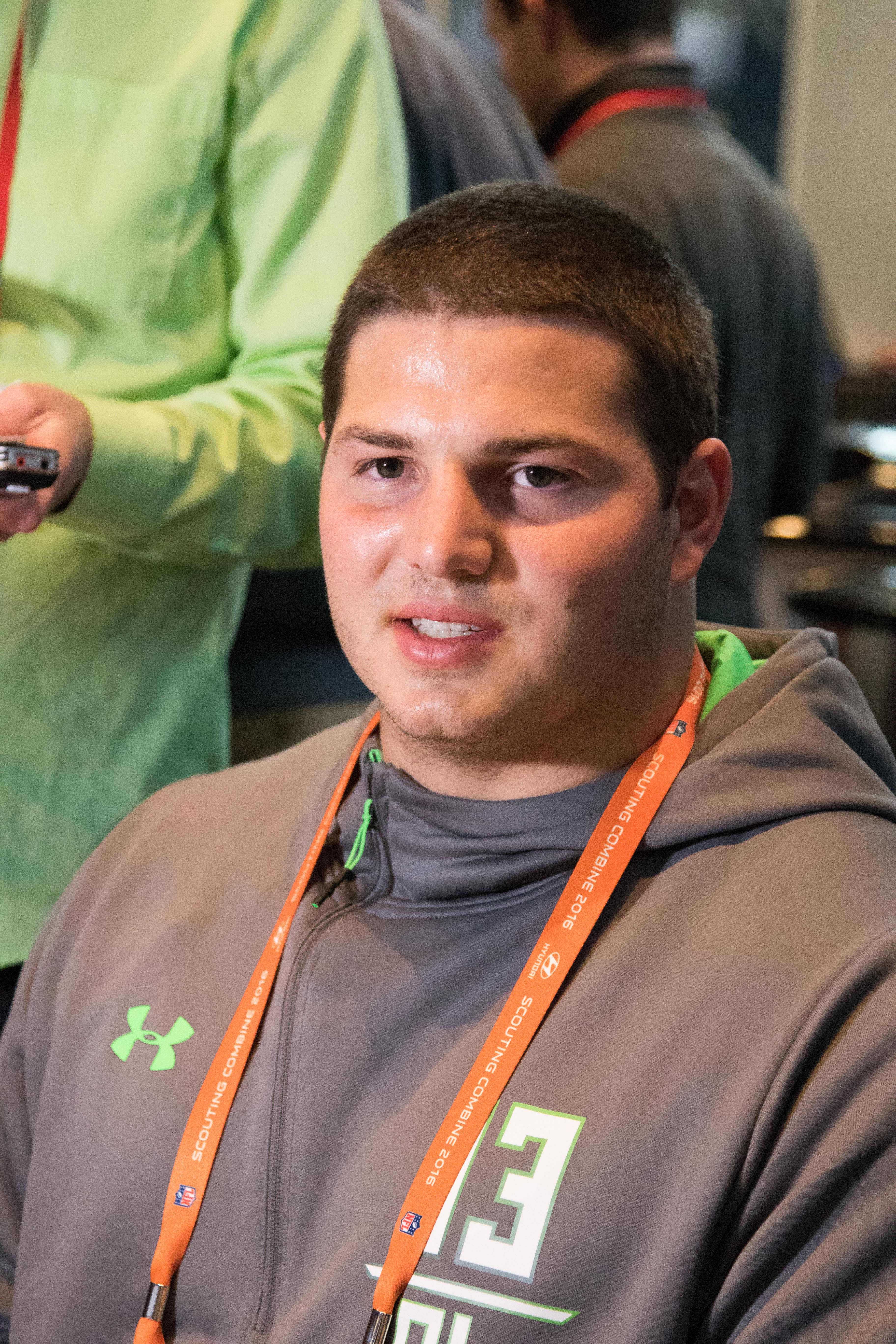 In his first season at tackle, Dahl surrendered just one sack on over 750 snaps. Not too shabby. Although many draft scouts believe he will move back to guard at the next level, his ability to play both positions may help his draft status, as more teams are looking for guys who can play multiple positions.

Toughness: Dahl suffered a broken foot that caused him to miss the final four Pac-12 games in 2016. Did we mention that he actually suffered a stress fracture in the fourth game of the season? In other words, Dahl played one-third of the season with a broken foot. For someone who carries 300 pounds around, and who has to chase defensive backs on screen plays, I can't imagine the pain he must have had. Still, he gutted it out, and even played in the bowl game, when he could have just as easily sat out and started working toward a pro career.

Hands: Hang on. Dahl doesn't catch passes. How could his hands be a strength? Well, good hands are important even when you're not catching passes. The best offensive linemen are guys who get their hands on the defender and are able to keep them there. If you can get your hands in the target area of a pass rusher, you've almost won the battle. Two different scouting reports listed this as one of Dahl's strengths.

Good grip to maintain his initial block. Has hand quickness to move inside.

Dahl doesn't look imposing but he has strong hands to latch onto and control pass rushers.

What is he? Dahl's versatility seems like a blessing, but it could also be a curse. Some scouting reports say he will move inside. Here is what NFL.com has to say:

He will have to make a move inside and needs to continue to hit the training table and weight room to add even more mass to his frame.

Some see him as a guard at the next level, but his power issues were only exacerbated while playing there at the Senior Bowl. Dahl’s change of direction ability is top notch and has enough tools to be a competent pass protector in the NFL.

So, while he may not have the length to play tackle, he may also not have the power to play guard. Sentiment like this could be enough to scare away general managers who, at this point in the calendar, are almost surely suffering from paralysis by analysis.

The Air Raid also doesn't help Dahl's cause. While NFL offenses have evolved considerably over the past decade, adopting many spread offense concepts and becoming much more pass-centric, the fact that Dahl wasn't in a three-point stance one time during his career at WSU probably doesn't help his cause. So while many scouts think Dahl's body type is more suited for guard, the fact that he has spent his entire career in an upright stance doesn't give us much to go on.

I have zero doubt that Dahl will be a solid pro. He has outstanding technique and intelligence. Those two things will get you further in the NFL than arm length will. Mike Mayock is probably the most respected draft analyst out there, and here's what he has to say:

In a footwork drill in which Dahl was asked to shuffle backward down the hash, NFL Network analyst Mike Mayock also said "he makes it look easy" and likened Dahl to former Texas A&M offensive tackle Luke Joeckel, who was ultimately drafted No. 2 overall by the Jacksonville Jaguars in the 2013 NFL draft.

To add to that, Gil Brandt loves Dahl, listing him as one of the ten most underrated offensive prospects:

Dahl is one of my favorites in this draft. I like players who transfer up. Dahl spent his freshman year at Montana before transferring to Wazzu, where he was a three-year starter at left guard and left tackle. He could play multiple positions at the next level, including center, but I think guard is his best position. He's strong (28 bench reps). Some team will draft him in the second round; others will wish they had.

Gil Brandt knows what he's talking about. He once listed Moses as his most underrated prospect on the "Most likely to lead the Israelites out of Egypt" list. What I'm saying is Gil Brandt has been around awhile.

In an exercise nearly as futile as bowl projections, Fox Sports' Peter Schrager decided to to a seven-round mock draft. He predicts Dahl will go in the Third Round, 96th overall, to the (chokes back vomit) New England Patriots.

While I don't think Dahl will be a transcendent, Steve Hutchinson-type of player, I have little doubt that he will be a solid NFL starter for a decade, barring injury. As Brandt said, many teams will wish they'd have taken Dahl. Someone will take him Friday night, and they won't regret it.

Want to get a closer look at Dahl? Here's some uncut video from a few games draftbreakdown.com