The Cougs use wide receiver screens such as "Randy" and "Larry" to attack the boundary space of a defense.

Last season we began compiling some of the basic plays in Mike Leach's Air Raid offense. We'll continue that now with a major component of the offense that isn't quite as Air Raid specific as what we've covered before -- the wide receiver screen.

At its best, a wide receiver screen will leave the ball carrier one-on-one with just a safety -- who is more than five yards off the ball -- to beat for daylight. At its worst, a corner or outside linebacker blows the whole thing up in your face. (Think Damante Horton on Marquise Lee at USC last season.) They're usually reliable for some small chunk yardage, and always hold the better than good possibility of busting loose for something major at least once during a game. (Think Dom Williams on the winning drive against USC.)

Short passes -- these screens in particular -- are said to be a "run game substitute" in the Air Raid because, in essence, they attack boundary defenders the same way a toss sweep would. As such, WSU puts in work at practice, to the tune of about 70 reps daily, in a WR blocking drill called "Block It Up."

The drill pits three wide receivers against two defensive backs, with one of the receivers catching the screen and the other two working man-to-man blocking. The quarterback running the drill decides which receiver gets the ball, signalling to the three*. The technique for man-blocking as a wide receiver is simple: Get your hands inside and drive your feet. Whichever way the DB wants to go, let him, and drive him out of position that direction. This helps avoid the holding calls that'll happen when a back gains position and the receiver fights to turn him.

It's the ball carrier's responsibility to read the blocks and make them right.

That's a common refrain you'll hear from the coaching staff on everything from a middle iso run, to a special teams return: "Make the blockers right."

*They use the same calls and hand signals they'll be using during the game that week, which will change often throughout the season to keep a defense from being able to pick signs during a game ... something Halliday teasingly accused Daquawn Brown of doing in practice. 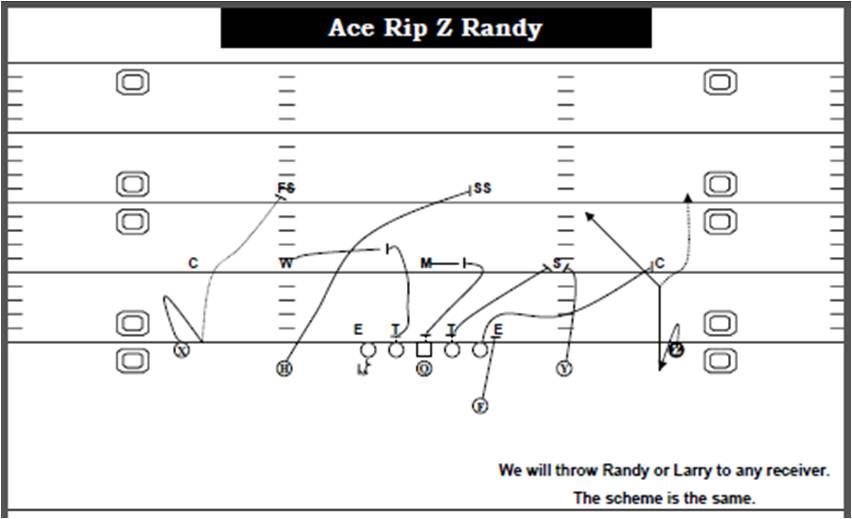 From the 1999 Oklahoma Sooners playbook LINK
For a screen to Z, the playside tackle will bust to the corner, with the inside receiver (Y) cracking the backer with some help from the playside guard. They can also choose to block the corner with Y and backer with the tackle if that's what the alignment calls for.
The playside guard gets out to next color. Meaning, after the line of scrimmage, he goes after the next guy in a wrong colored jersey. Depending on alignment and how it's blocked outside, that could be a backer, or like the case below, he just keeps on truckin' to the safety. The center and backside guard do what they can to wall the inside backers, while X and H go head-hunt safeties. This will be the exact same for a screen to X, just reverse the side.
Here's a solid example of Randy from the Utah game last season: 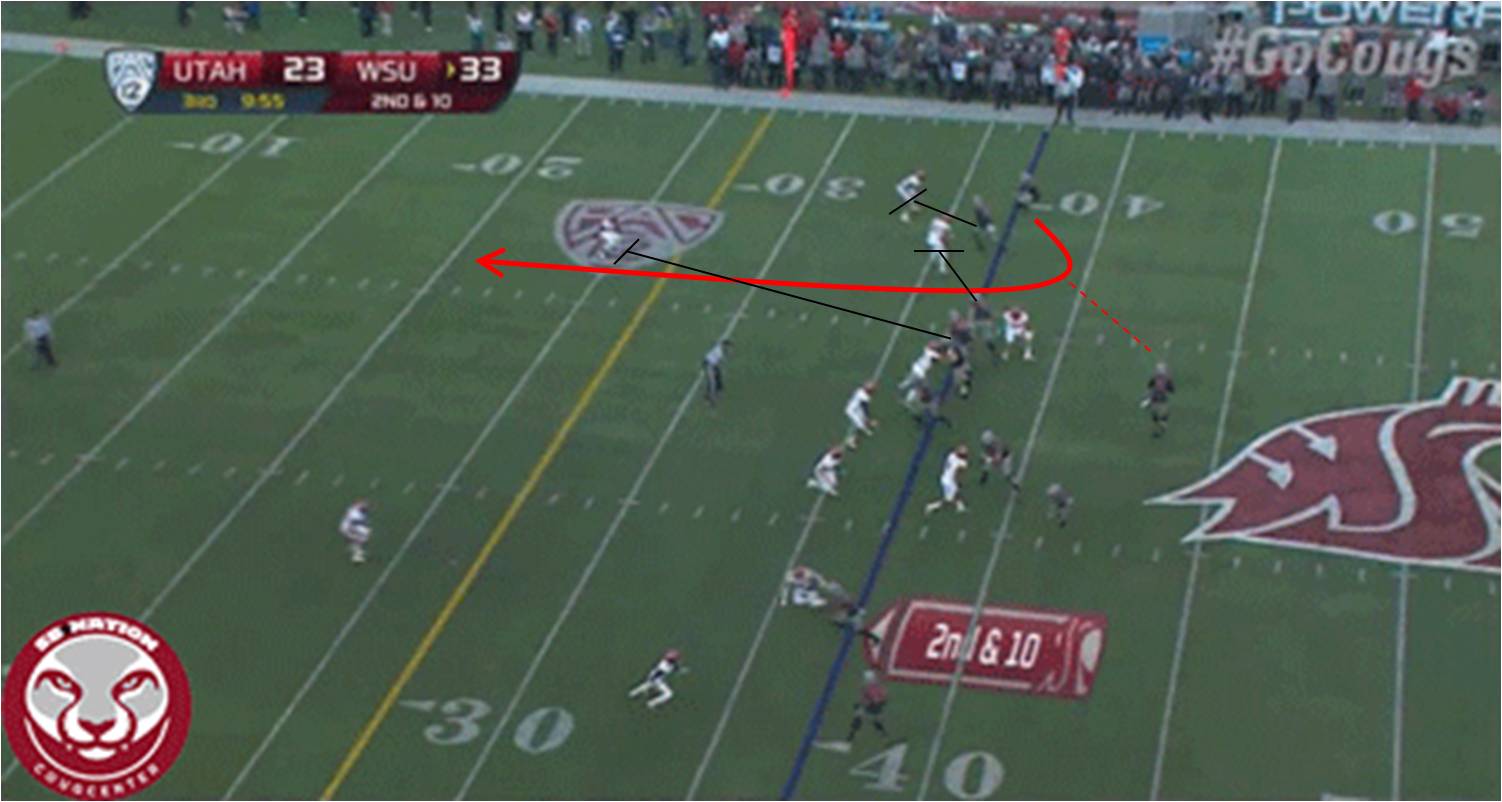 Everything about this play is fun. Receivers get to showcase what they can do with the ball and grab most of the eyes in the stadium, but personally, I like watching the big guys get after after people in the secondary.
I know watching the receivers run is fun and all, but next time you see the screen develop, take a glance at the 300+ pound guard and tackle that are dead set on destroying a smaller DB. They don't disappoint. Cut block a safety nine yards past the line of scrimmage? Check. Coverage backer thinking it's a good idea to square up on a tackle like it's Bull In The Ring? Sure.
You hear "Tunnel Screen" or "Jailbreak Screen" used interchangeably for plays kinda like this by guy's in the booth calling games. Go ahead and call it by its government name, Randy.