WSU football has reason to be positive

The 2015 Apple Cup was a disaster, but that does not mean it is time to give up on the Cougars.

Share All sharing options for: WSU football has reason to be positive

Did yesterday's 45-10 loss in the Apple Cup hurt? Yup. I was absolutely miserable to be around all day following the game. The reason why this one was particularly painful is simple: This season we have seen WSU fight, compete, and win games in extraordinary fashion. What went down at Husky Stadium was not the product that fans have seen for the majority of the year. After being pissed all yesterday, I woke up this morning remembering that Cougar football has plenty to be optimistic about. 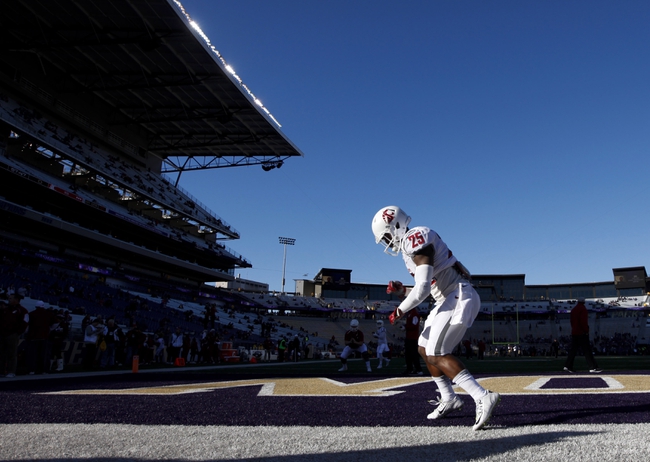 If fans are going to sit there and be mad about yesterday's performance they have that right. But allowing negativity to snowball is exactly the type of thing that the Cougars need to avoid right now. Now is the time to look forward to WSU's bowl game and be proud to be in this position, we had plenty to be thankful for before the game started. And as Brian Floyd articulated it: The Apple Cup was bad, but whatever.

WSU Cougars QB Peyton Bender unravels in Apple Cup | The Seattle Times
After a fast start and some sharp passes, WSU quarterback Peyton Bender throws two interceptions and fumbles twice in a 45-10 loss to Washington while filling in for injured starter Luke Falk.