WSU vs. Rutgers: The Good, The Bad and The Hopeful

Let's look at where the WSU's offense and defensive performances vs Rutgers land during the Mike Leach era.

Share All sharing options for: WSU vs. Rutgers: The Good, The Bad and The Hopeful

There is some good news, bad news and hope coming out of last nights 41-38 loss to Rutgers.

I'm trying to be an optimist, so let's start with the good.

Connor Halliday vastly improved over the final 5 games of last season and he continued on that trajectory last night. His stats were positively eye popping; at 9.5 yards per attempt, he was a full yard better than any QB performance during the Mike Leach era and his touchdown percentage (percent of pass attempts that are touchdowns) was only bested by his games vs Southern Utah, Idaho and Utah.

The first two views in the interactive graph below take a look at how Halliday has been improving in drop backs per interception, yards per attempt by touchdown percentage and red zone efficiency. 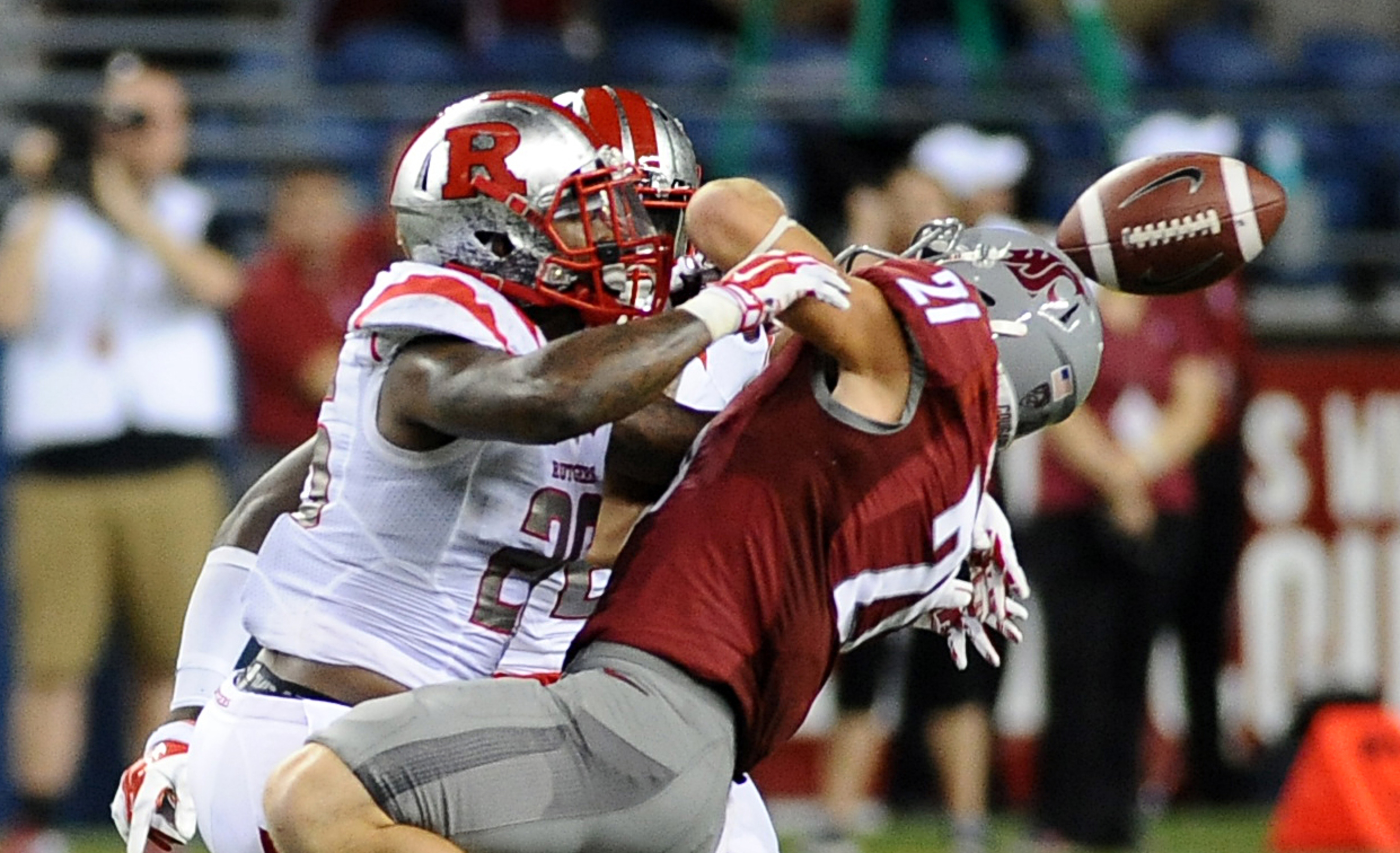 It's painful, but we've got you covered from every angle on the Cougs' heartbreaking loss in the season opener. (Photo: James Snook-USA TODAY Sports)

The next view highlights what I think was a top 5 offensive performance for the Leach era.  WSU averaged 7.6 yards per play (their best ever performance in that category) and had their 4th most total yards in a game with Leach at the helm.  It was evident as the game went on that if WSU didn't turn the ball over, Rutgers would be hard pressed to stop them.

Now on to the bad.

I'm sure you can guess where this is going, WSU's defense did not have a game they would like to remember.  His overall stats may not look like it, but Gary Nova lit the Cougs up, posting the third best yards per attempt by any QB facing the Cougs during the Breske era.

Rutgers also posted the fourth best yards per play of any team to have played Washington State in the last three seasons.  The Cougs struggled to stop anything that Rutgers ran and were not able to force turnovers or pressure the QB.

The only reason I have hope is that this was an insanely bad performance that will hopefully fall into the outlier category.  Our front seven has a lot of experience and must make adjustments or it is going to be a long season.

Buckle up Cougs, if week 1 is any indication, we're in for lots of yards, points and emotions.

WSU sends Seattle Game out in style, loses to Rutgers 41-38