About the Authors: Craig Powers

Share All sharing options for: About the Authors: Craig Powers 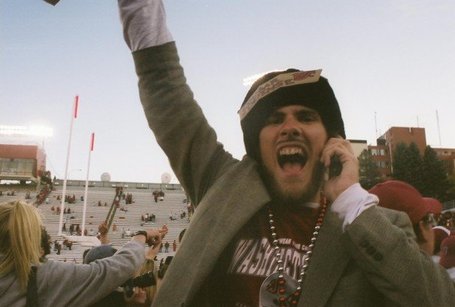 Craig is a graduate of Washington State University, where he earned a Bachelor's of Arts degree in history and his teaching certification. He soon realized the teaching market for history is tight and now considers himself a "future grad student." He currently works at a group home for troubled youth, helping them to realize (or form) their educational goals.

Craig became a fan of the Cougs when he made the decision to attend Washington State during the spring of 2003. His best friend, who is a fifth-generation Coug, considers Craig the biggest Coug fan he has ever met. Craig's wild fan antics at basketball games during his college years have yielded several hilarious pictures on ESPN and other news sources, as well as the ire of Pullman's finest. In Martin Stadium, he was given the moniker "Crimson Communist" due to his over the top outfit (which included a painted on black mustache.) Craig had made somewhat of a consious decision to spend less time and energy on sports until CougCenter was launched and he was drawn back into the fire.

Craig's long background in journalism includes nearly ten fanposts and thousands of comments on CougCenter. As a boy he aspired to become a sports journalist, idolizing NBC and HBO anchor Bob Costas. He gave up on this dream and decided he would go with something where he could find better job prospects. Those of you who are aware of the availability of history teaching positions will find great irony in this. Craig no longer idolizes Bob Costas and finds every single television sports personality obnoxious (with the exception of the great Gus Johnson.) 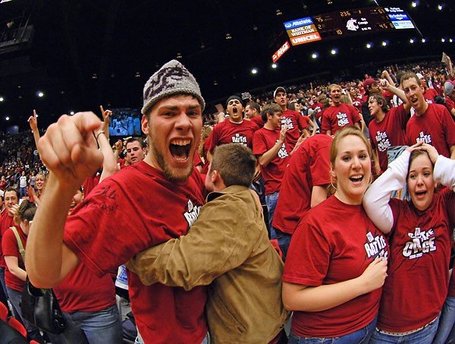 Craig is living in Nashville, Tennessee with his lovely girlfriend Amanda (who is attending Vanderbilt for grad school), their cat Boycat, and their dog Baxter. In his free time he enjoys perusing CougCenter, reading historical fiction, pretending to know how to play the guitar, going to concerts and sporting events, and fighting the man one blogpost at a time.

Craig's favorite moments as a sports fan include the Coug Apple Cup victories of 2004/2005, "the" Gonzaga game, winning a trip to the Pac 10 tournament from the ZZU CRU, and his trip to New York in September 2008 to see Ken Griffey Jr. in the old Yankee Stadium. Despite what you may gather from the last statement, Craig is generally a humble person. 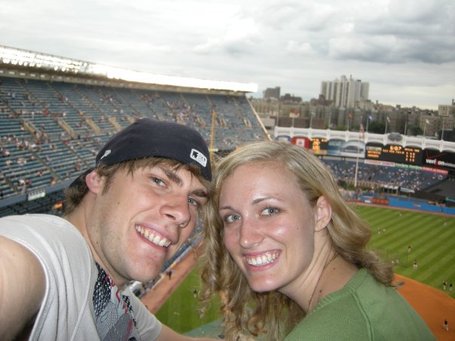