The offense came to life and the pitching was good enough to take four straight from the Eagles.

WSU opened its baseball season with a disappointing series loss to Western Carolina, so it was essential that the Cougars take advantage of a weak Eastern Michigan team coming to Pullman for a four-game set.

The Cougs did exactly that, sweeping the Eagles right out of Bailey-Brayton Field by a combined score of 34-16.

The weekend wasn't without its tense moments, though; game two came down to a walk-off hit in the bottom of the ninth, and the Cougs needed to come from behind in game three. Game two is going to get a lot of attention in what follows, but I think rightfully so: For a team hoping to get back to the postseason, coming up with enough to sweep an inferior team at home -- versus merely winning the series -- was a big step in the right direction. 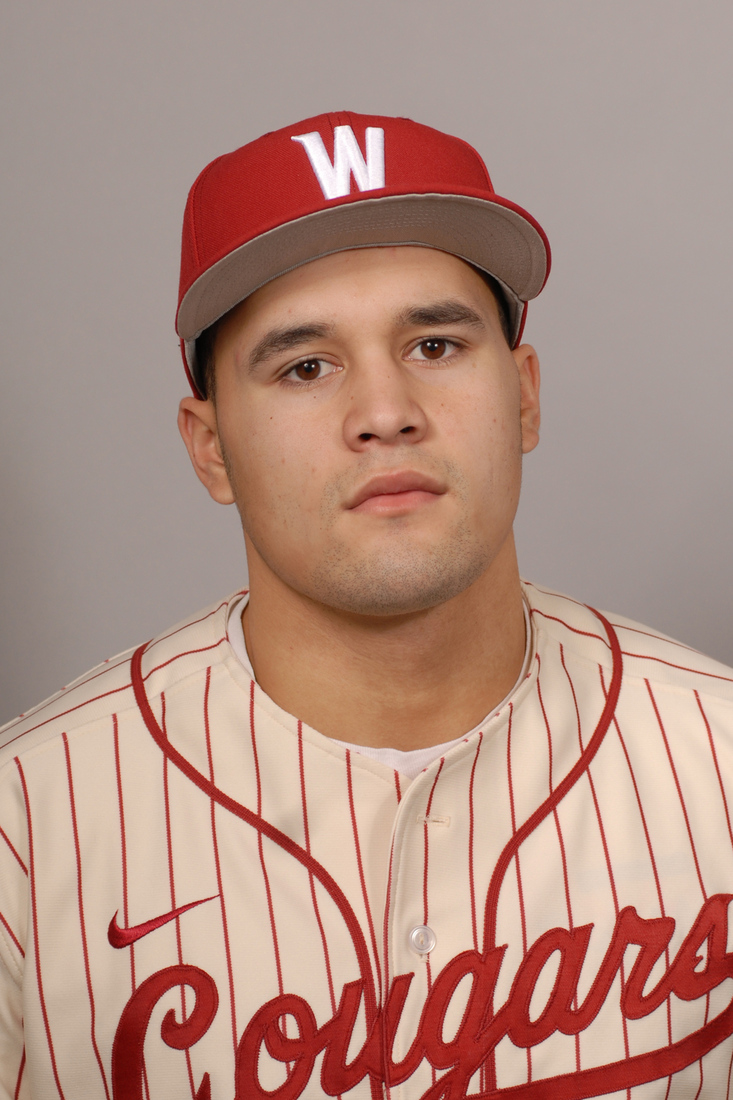 The redshirt freshman who came out of nowhere (at least in the eyes of the casual fan) to man the cleanup spot is proving himself worthy of coach Donnie Marbut's faith. Tanielu now has reached base in more than half his plate appearances and is leading the team in slugging by a wide margin, batting .467/.515/.833 (average/on-base/slugging). He also scored the game-winning run in game two's 1-0 victory.

The Cougs needed every ounce of Pistorese's performance in game two, as WSU was unable to break the scoreless tie until the game-winning hit in the bottom of the ninth. Fun fact: Pistorese has yet to allow an earned run in two starts. (He did allow seven runs in his first start, though, which is why I don't place much stock in "earned" runs as a useful metric for pitchers.)

Let's go back to game two! Catcher P.J. Jones had one of the more memorable hits of the 2012 season when he put a ball over the fence for a walkoff grand slam against Oregon State as a true freshman. He's struggled at the plate this season, picking up just four hits in 21 at bats, but he again came up with a huge one, driving in Tanielu with one out in the bottom of the ninth for the game winner.

Game two! Again! No score, top of the 8th, runners on second and third after Pistorese allowed a hit, made an error, then induced a fielder's choice. With the game potentially in the balance, Pistorese induced a pop up in foul territory to secure the second out. After getting ahead with a first pitch strike, the next batter lifted a fly ball harmlessly to center field to end the threat and preserve the tie.

Cal State Northridge comes to town, and this is another team WSU needs to defeat handily to stay on schedule for the postseason. The Matadors are almost certainly better than the Eagles, and won't be a walkover -- they recently dropped two out of three to USC, but two of the games went to extra innings -- however, anything less than winning three out of four would be considered a disappointment.

Sophomore LHP Jerry Keel is the Matadors' Friday night starter, and he's a good one. He's not a power arm, but Keel excelled last year at inducing weak contact and keeping the ball in the yard. Is that a skill or fortunate luck? I guess we'll find out when he faces a WSU lineup that has proven to be potent so far. For what it's worth, USC knocked him around for seven hits and four runs in five innings as Keel struggled uncharacteristically with his control. After Keel, freshman Calvin Copping has actually been CSUN's most effective pitcher. He's flashed an ability to miss a few bats in his two starts, striking out 7.3 batters per nine innings.

The Matadors' offense won't scare you too much, and in fact will probably remind WSU baseball fans of the punch-and-judy lineup the Cougs rolled out a couple of years ago. They're slugging just .361 as a team, making it real difficult to take advantage of their superb .375 team on-base percentage.

This also is the first trip outside of Southern California the Matadors have taken this year. Good news for the Californians: The winter snap that went through Pullman is over, and it will be a balmy 55 degrees Friday and Saturday before dropping to the mid 40s on Sunday.