WSU baseball wraps up another disappointing season short of NCAAs

It was another season that ended without any postseason games. In part one of our analysis, we recap the nature of the season and examine: What went wrong?

Share All sharing options for: WSU baseball wraps up another disappointing season short of NCAAs

WSU baseball wrapped up its 2014 campaign with a loss to Arizona State on Sunday, and what had been known for weeks finally was formalized: The Cougars would miss out the postseason for the fourth consecutive year.

The season wasn't a disaster, as WSU finished 24-30 overall and 14-16 in the Pac-12, good for 7th place, and attempts by some fans to paint it in that light just aren't accurate. However, while it was progress, nobody's really celebrating the accomplishment, either -- the overall record was just one win better, and the increased win total in conference came in a year that the conference just wasn't as strong as it's been in years past: Traditional powers Arizona and UCLA both were down (finishing below WSU in the standings), and the Pac-12 received just five bids to the NCAA tournament.

That said, the fact that the team improved a bit seems to be enough to have earned coach Donnie Marbut another year tacked on to the end of his rollover deal by athletics director Bill Moos.

Let's take a quick look back at the season before looking ahead.

It was a season of streaks for the Cougs, who posted winning or losing streaks of at least three games six different times -- that's a lot in a 54-game season. Unfortunately, four of them were of the losing variety, including a five-game skid early in the season that put WSU in a hole it could never really dig out of.

WSU then took the opener against powerhouse Oregon State at home to move to 7-3 in the Pac-12, and at that point, the Cougs were legitimately back in the NCAA tournament conversation.

But then OSU walloped them the next two games, Oregon swept them the next weekend on the road (with Marbut getting ejected and subsequently suspended for good measure), and they lost two of three to Washington. They had dropped seven of eight against teams that would advance to the postseason, and just like that, it was over: After having already put what were the weaker teams behind them, WSU ended up dropping 13 of its final 20 league games. 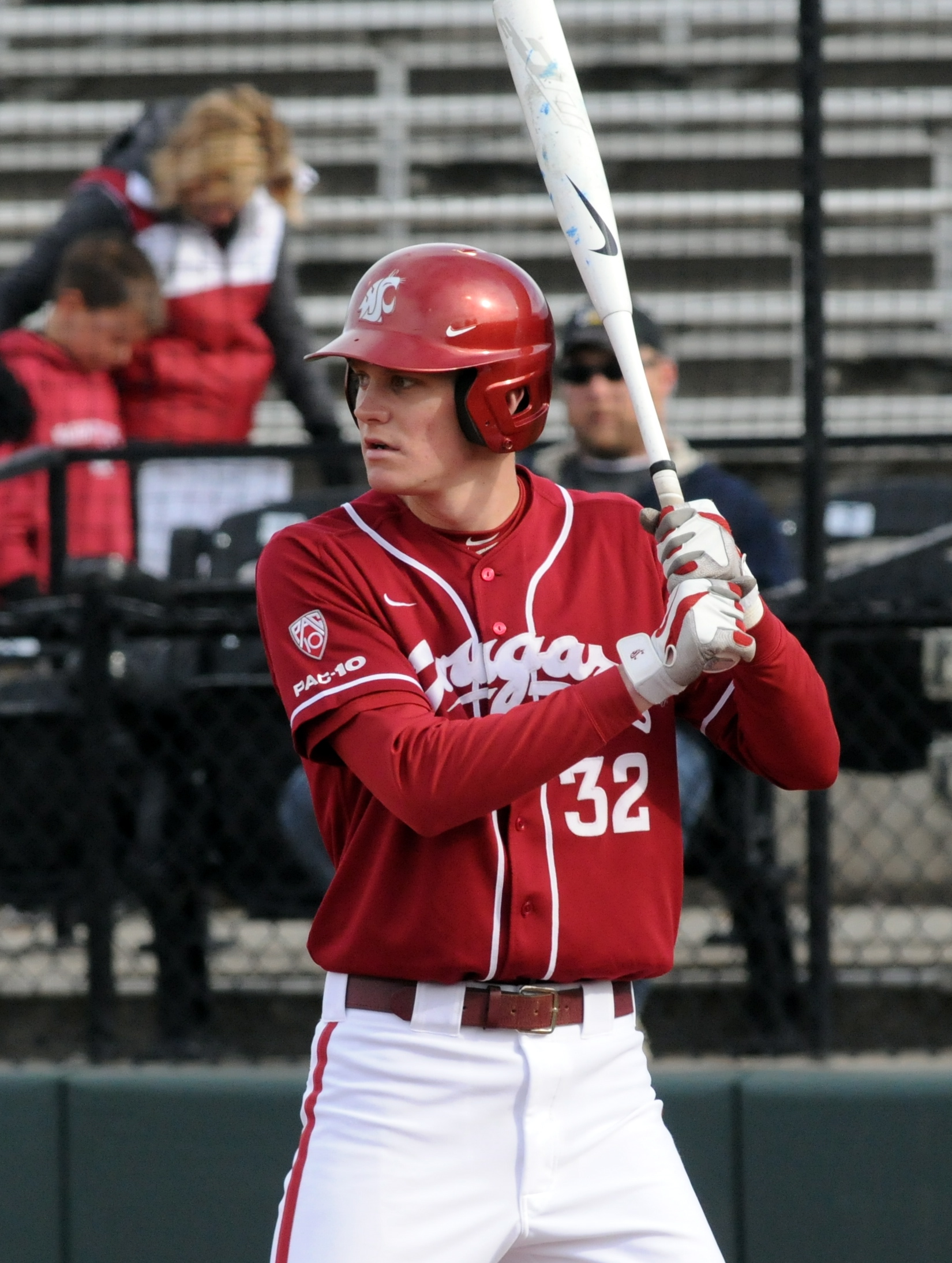 When you look at the stats, it's really not hard to see what happened. The pitching more or less held steady; in the rotation, Joe Pistorese was his excellent self, Tanner Chleborad stepped forward, and Jason Monda picked up where Scott Simon left off a year ago, and out of the bullpen, both senior Kellen Camus and freshman Ian Hamilton were rocks on which the team could depend. In fact, the team ERAs were nearly identical.

That's a solid core. The problem was that really only Roberts stepped into the void left by departing players, and a number of other guys took big steps back.

Chief among the disappointments was Jason Monda. When a guy who was drafted in the 6th round for his bat as an outfielder hits just .137 in 51 at bats before exclusively becoming a pitcher -- this after hitting .294/.346/.422 a year ago -- that's an enormous blow to the offense.

Now, don't mistake this for "I'm disappionted in Jason Monda," because I'm not; it appears he was dealing with some sort of injury that hampered is effectiveness as a hitter. And in addition to being an apparently wonderful young man, he was serviceable as a pitcher, posting a 4.10 ERA while leading the team in strikeouts. But man ... having 2013 Jason Monda in the lineup would have done wonders. It's fairly likely the team could have found a starter to provide a reasonable facsimile of Jason Monda the pitcher, but it proved impossible to find a replica of Jason Monda the hitter.

Other guys who took big steps back included outfielder Trek Stemp, shortstop Trace Tam Sing and catcher P.J. Jones. Slated to be the team's leadoff hitter, the speedy Stemp dropped from posting a .793 OPS in part-time duty last year to .585 in what began as full-time duty this year; Tam Sing dropped from .784 to .690 as the full-time shortstop, not good for a guy who isn't exactly known for his defense; and Jones dropped from .695 to .523 after a horrendous start to the season from which he never quite recovered.

It led to the team being outscored by 55 runs. That's how you end up with just 24 wins on the season.

In part two, we