Bill Moos' decision to fire Donnie Marbut is a curious one

After a season in which the Cougars performed reasonably well with a young roster, it's fair to wonder why the athletics director decided to make this change now.

Share All sharing options for: Bill Moos' decision to fire Donnie Marbut is a curious one

A year ago at this time, I was pretty surprised that Donnie Marbut not only was being allowed to coach the WSU baseball team for another year, but that he also was having his contract rolled over.

Today, I find myself equally surprised that Bill Moos chose this moment to part with his 11-year coach.

This move would have made a lot more sense last May. Loaded with veterans and expected to at least seriously contend for a postseason berth, the Cougars instead were coming off their fourth straight non-winning season, never really in the NCAA tournament conversation. In that four-year stretch, WSU went a combined 45-72 in conference play -- a stark contrast to the 34 conference wins the Cougars had amassed in just the two previous seasons on their way to back-to-back NCAA tournament appearances.

That's not to say the Cougars were world beaters in 2015, but there were enough positive signs from a young team to think that the ship had potentially be righted. At the very least, it certainly didn't seem like the program was in a worse spot than it was at the end of 2014.

And yet, Marbut is on his way out, and Moos is embarking on his first baseball coach search of his tenure at WSU. 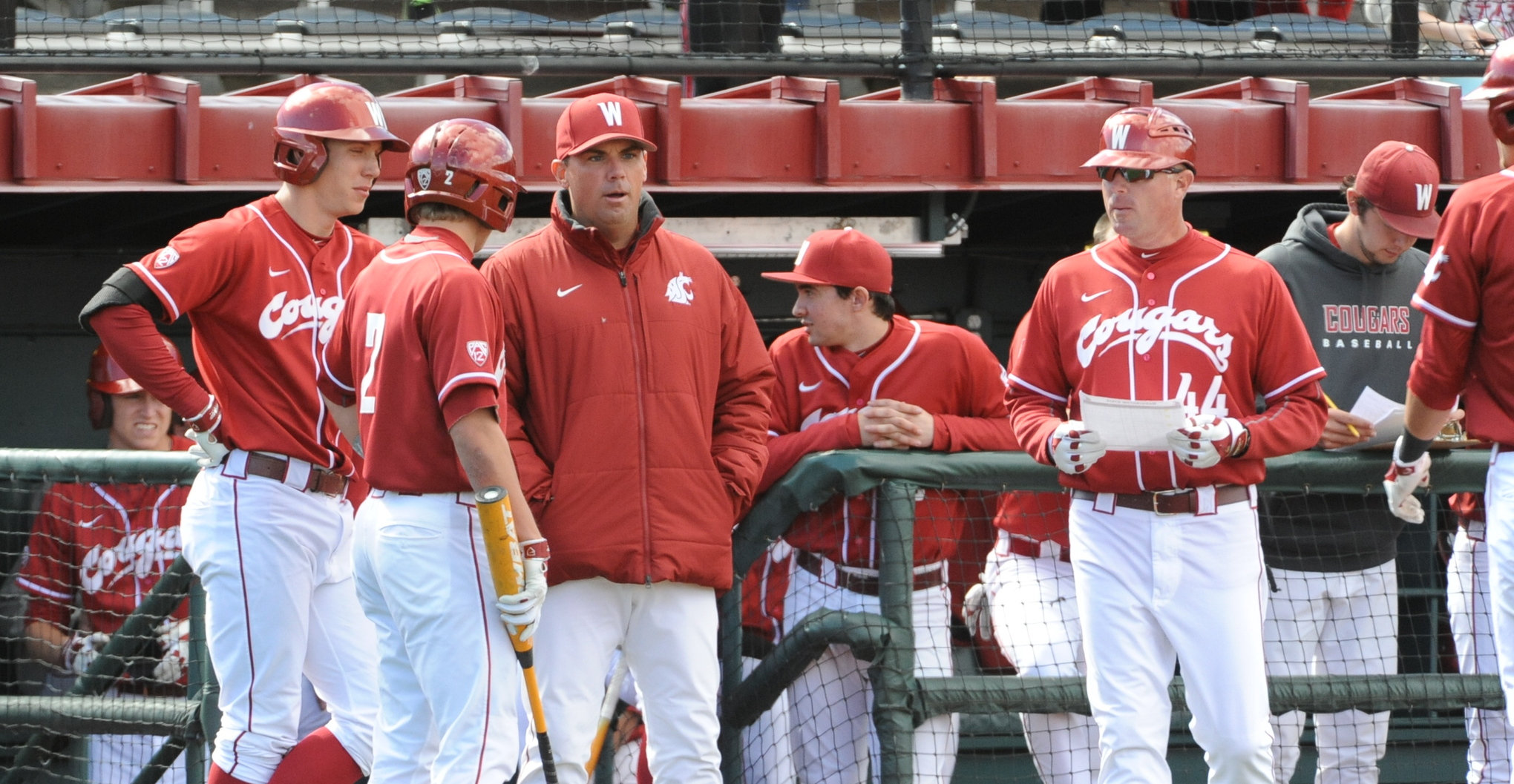 Which makes me wonder: What changed?

Was it the article written by the Spokesman-Review's Jacob Thorpe, which chronicled the fall from grace of what historically has been WSU's strongest program? In it, Marbut said he was "disappointed" that WSU isn't doing more to invest in baseball facilities; a dedicated baseball clubhouse has been put on the back burner, even as the rest of the Pac-12 schools in the northwest have invested heavily in their baseball programs.

"We’ve just fallen behind, not just in the country but in the Northwest," Marbut told Thorpe. "With the Pac-12 merger, baseball has really been invested in in our conference. The only two schools that haven’t made a huge investment yet in facilities are ourselves and Utah."

He added: "The last time a recruit was on campus the information got back to us that opposing coaches were using it against us," Marbut said. "So that was kind of a frustrating moment for me."

Calling out your boss publicly tends not to be a great strategy for remaining employed, but we'll likely never know how much this played into Moos' decision. All Moos has said publicly to this point is, "it is my feeling that a change in leadership at this time was necessary to get Cougar baseball back to a position of prominence." Besides, it's not as if Marbut -- not always one to mince words -- had launched into an inflammatory diatribe on the subject; his comments actually were fairly tame.

And beyond that: He ain't wrong.

WSU's baseball facilities are the worst among it's peer schools in this part of the country. And while some Cougar fans love to scoff at the notion that facilities are a significant hindrance, that's either extreme ignorance or denial being used as a defense mechanism to keep from acknowledging a hard truth about WSU athletics. Facilities matter. Think of your 18-year-old self, and think of the choice between lugging your gear from Hollingberry Field House to Bailey-Brayton and, well, this ... it's not hard to see why WSU had fallen behind in terms of talent acquisition under Marbut.

While some Cougar fans love to scoff at the notion that facilities are a significant hindrance, that's either extreme ignorance or denial.

My pet theory over the past year was that Marbut's extension was a tacit admission by Moos that his coach had been working at a disadvantage, one that would be rectified in the near future. After all, Marbut already had shown what he could do on an even playing field.

Obviously, that was incorrect. Now we know that the playing field won't be level in the near future -- thanks in large part to subpar revenues from the Pac-12 Networks that have fallen far short of the optimistic projections -- and perhaps Moos simply decided that muddling through with Marbut wasn't what he wanted.

Or maybe -- and this is where I'd put my money if there were odds on such things -- Moos sees an opportunity to upgrade and already has the wheels in motion to hire his next coach. We know Moos doesn't fire coaches without a plan.*

*Say what you will about how long it took WSU to hire Ernie Kent, but I firmly believe Kent was the guy all along.

Whoever succeeds Marbut will inherit a young roster that turned in some encouraging performances in 2015. Derek Chapman, Wes Hatten and Jack Strunc are freshmen hitters who appear to be nice building blocks; their numbers weren't anything that would make you sit up and take notice, but they also didn't completely wilt in the crucible of the Pac-12.

He'll also inherit a pair of excellent young pitchers. Ian Hamilton, already is the best closer in school history; will he stay in the bullpen, or make the transition to the rotation, as Adam Conley did before him? Another freshman, Ryan Walker, proved himself to be a capable starter, putting together a 2.72 ERA with 50 strikeouts in 56 innings.

But with the deck stacked against them ... can anyone return Cougar baseball to a "position of prominence?"