As Brock Motum struggles to adapt, Mike Ladd steps into the void

It's not an overstatement to say that Brock Motum carried the offense the last half of last season. That hasn't been the case this season, and it probably won't change unless his teammates can keep defenses honest, as they did on Saturday.

Share All sharing options for: As Brock Motum struggles to adapt, Mike Ladd steps into the void

We all had incredibly high hopes for Brock Motum this season, but the reality is that we haven't seen the player we hoped to see -- while his counting stats are still very good (heck, his points per game have actually increased), those of us who watch the team closely know he's just not having the same impact on games that he did a year ago. 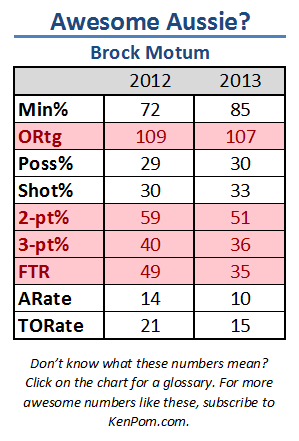 While we've got the rate-based stats to prove it (in a pretty table to your right), you really don't need much more than the eye test to know that this is a different year. Defenses are swarming around him, making it difficult for him to even catch the ball without drifting 25 feet from the basket. And even when Motum is able to catch it inside the arc, he's either facing double teams or is not in prime scoring position, resulting in the lower effective field goal percentage.

It's not hard to understand why; without the threat of a penetrating, playmaking point guard and a deadly 3-point shooter at the 4 spot, teams haven't had to guard Motum honestly.

So, he was left with a choice: Either keep banging his head against a wall in a futile attempt to do things the way he did them last year, or relent and adjust his game in a way that opens up opportunities for his teammates and hope against hope they can step up.

The primary player stepping into that void? Mike Ladd, who in Pac-12 play has been the player we all hoped we were getting a year ago. His offensive rating in conference games is 111 while using 27 percent of possessions (via). While Ladd's not using as many possessions as Motum did a year ago, that offensive rating is equal to what Motum produced last Pac-12 season.

The great conundrum, though, is that it hasn't necessarily produced in great results. At least, not yet with consistency. The Cougs are posting just 0.97 points per possession in conference play (11th in the Pac-12), but Saturday -- when WSU put up 1.10 points per possession -- was an example of what this could become. Because Oregon State (like everyone else) overplayed Motum, Ladd went on the attack. And when OSU was forced to pay attention to Ladd, Motum was ready, scoring 16 points in the second half on just six (!) shots.

"Early in conference play, I sort of felt myself forcing some shots. I just didn't feel I was being as efficient as I had been in the past," Motum told Steve Sandmeyer of 1090-AM in Seattle (listen to hour two). "I wasn't really letting the game come to me, I was sort of forcing a lot of stuff, just trying to do it all on my own, and that wasn't working and wasn't how I should play.

"Mike Ladd, at the start of the Oregon State game, was going off, so I just had to take my guy out of it and let Mike go one on one basically so my guy couldn't help. And he was doing a great job. Then in the second half, they couldn't stay on me as much because they had to help on Mike, so that freed me up. I just let the game come to me and I just knocked down some open shots when they were there, and when they weren't there, I found my teammates, who hit some big shots."

It really was a lot of fun to watch. However, it's one thing to do it against Oregon State, owner of the 11th worst per-possession defense in conference play; quite another to do it to Arizona State (5th) and Arizona (2nd) this weekend. 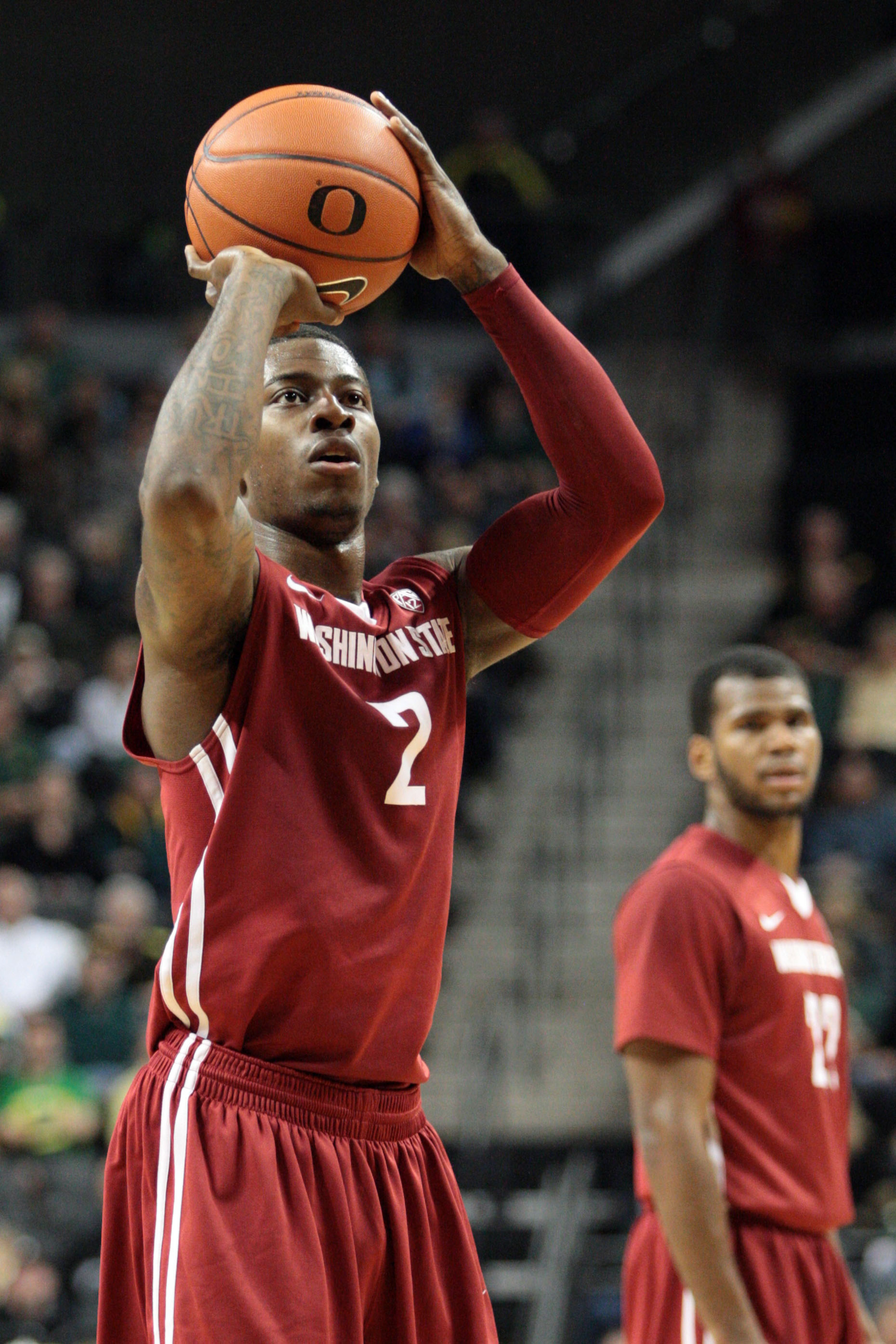 The big question for me is whether Ladd can remain enough of a threat for this to work. I mean, a team is sort of forced to pay attention when a guy hits seven of his first eight shots against a sieve of a defense, and it's unlikely his ridiculous 144 individual offensive rating in the game on 27 percent of possessions used is unlikely to be duplicated. That said, he's been steady -- his lowest rating in a game has been 87 (Cal) and four of the games have been between 97 and 112.

But now that teams have seen how WSU has adjusted, they're most certainly going to adjust back. The individual matchups get harder, too -- will Ladd be able to do the same kinds of things against Carrick Felix or Kevin Parrom, two guys who with far more ability to defend him one on one? And even if he does get to the rim, will he be able to sneak a shot past ASU's interior defense, which blocks nearly 20 percent of the 2-pointers taken against them?

This is where the obligatory "it sure would be nice if DaVonte Lacy could break out of this funk" comes in. Because if both of those guys -- WSU's two highest-usage players besides Motum -- are playing well at the same time, you know what happens? Gonzaga happens: 1.05 points per possession against the a top 10 team that allows an opponent adjusted figure of 0.92 points per possession happens.

If this team is going to make any kind of a run in the second half of the conference season, that's how it's going to happen. Because even in the glory days of last year, Motum didn't do what he did in a vacuum. He got help. Every great player needs help.

This actually is about the point last season that Motum took off, following Faisal Aden's injury. Let's hope Ladd and Lacy can team up and produce enough to once again free up Motum to do what he does best.