Share All sharing options for: Cougs vs Utah Shot Charts

Every recap I've read regarding last night's contest against Utah proclaimed the Cougs won "ugly." I don't know; I'm not thrilled at the amount of missed open shots relatively close to the basket last night, but the Cougs played some pretty fantastic defense for the second game in a row, took care of the ball effectively and got to the free throw line when shots weren't falling. If that's "ugly," I'll take it over losing pretty any day (copyright 2007). Let's take a look at some happy charts. 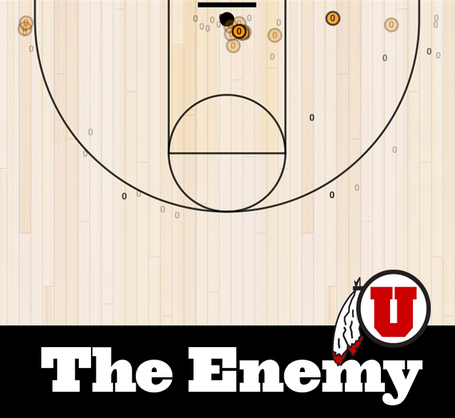 For the second straight game, the Cougs only allowed around 30-ish points from the field, and yesterday did not allow the Utes to shoot 38 free throws to compensate for it. If you're thinking this chart is impressive, take a look at how the Utes shot in the 2nd half. 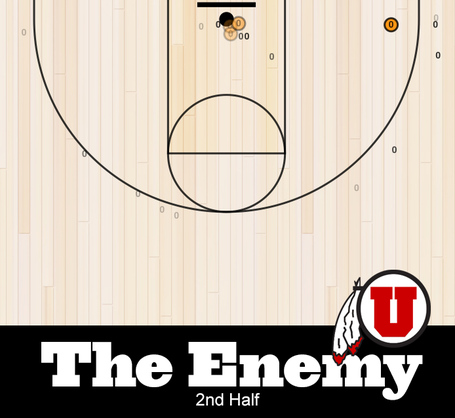 That's four field goals in twenty minutes. And only ONE in the final 17 minutes. One field goal over the final 17 minutes and our fanbase and media is upset about ugly! Let's give some credit where it's due, here. Utah averages 1.06 points per possession. Last night, they were held to 0.81. Well done, defense.

The problem is the Cougs' charts looked nearly as bad: 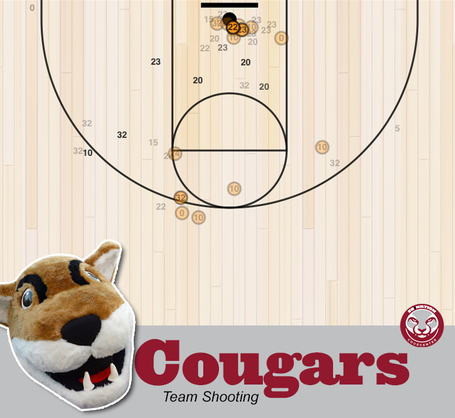 What was frustrating the most here is there weren't a lot of bad shots here. They just weren't falling (copyright 2013). If last night's shooting percentage improved just slightly, WSU probably wins this game by 15+ and we're asking ourselves if a turnaround is possible once DaVonte Lacy suits up again. The perfect example of our offensive woes last night is D.J. Shelton. 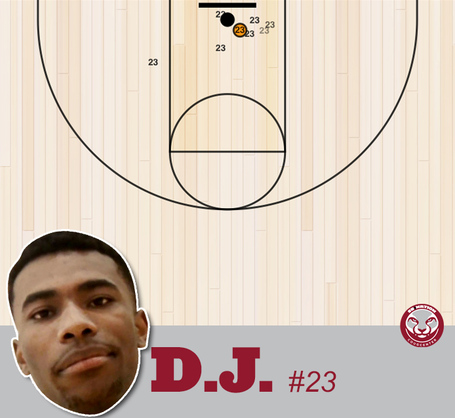 Not a lot of shots there you don't want him taking, are there? D.J. didn't take a single outside shot and showed some pretty strong post moves, particularly when Utah's big men were all in foul trouble. Shelton just couldn't get one to go in to save his life. It should be noted that two of these misses resulted in easy putbacks for Dexter Kernich-Drew and Junior Longrus, so if you're feeling generous, credit D.J. with a couple more assists. 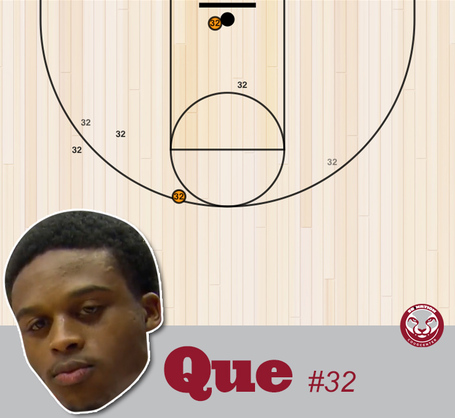 In an example of creating offense when the offense isn't creating, we turn to Que Johnson. Que's jumper wasn't falling last night either, but did his best DaVonte Lacy impression last night, gathering an extra ten points from the free throw line on 13 attempts, including four in the final two minutes to keep Utah's last-ditch effort at bay. 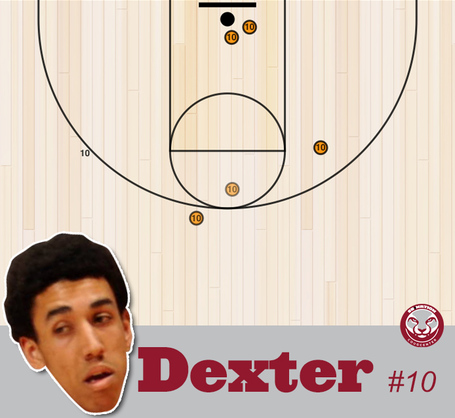 Dexter followed up Wednesday's career best with another lights-out shooting performance. Utah seemed to key in on denying him the ball for most of the first half, but DKD took advantages of the few looks he was given and ended up with another 5 for 6 shooting night.

What were your takes from yesterday? Can Dexter keep up his offensive prowess going forward? Will WSU have to "win ugly" in the Bay Area this week if DaVonte Lacy isn't ready to go yet? The Cougs have put together two great efforts in a row. How many more do you think need to happen before anyone pays attention?