An overmatched Cougar squad heads to Spokane Arena to face Gonzaga on Wednesday.

Washington State head basketball coach Ernie Kent has already called this season's edition of the Gonzaga Bulldogs the best team Mark Few has fielded ahead the annual meeting between the two programs. On the other end of the spectrum, this WSU team is one of the worst the school has seen in recent history. That means this match-up is the most lopsided on paper in a while for the in-state rivals.

Gonzaga enters Wednesday's clash (8 p.m. PT, ESPNU) in Spokane Arena (yes, Spokane Arena and not Pullman, in case you need a reason to be angry) as the 10th-ranked team on KenPom.com. It takes some scrolling to find the Cougs, who currently sit at No. 216. That low number is actually a climb aided by the 20-point win over UTSA.

Ken Pomeroy's numbers date back to the 2001-2002 season. In that time, the previous largest gap between the two schools was 193 spots - the 2001-2002 season when WSU finished No. 217 and Gonzaga No. 24. It's early in the year, and rankings will surely change by the end, but the Cougs come into Wednesday's tilt 206 spots behind Gonzaga. 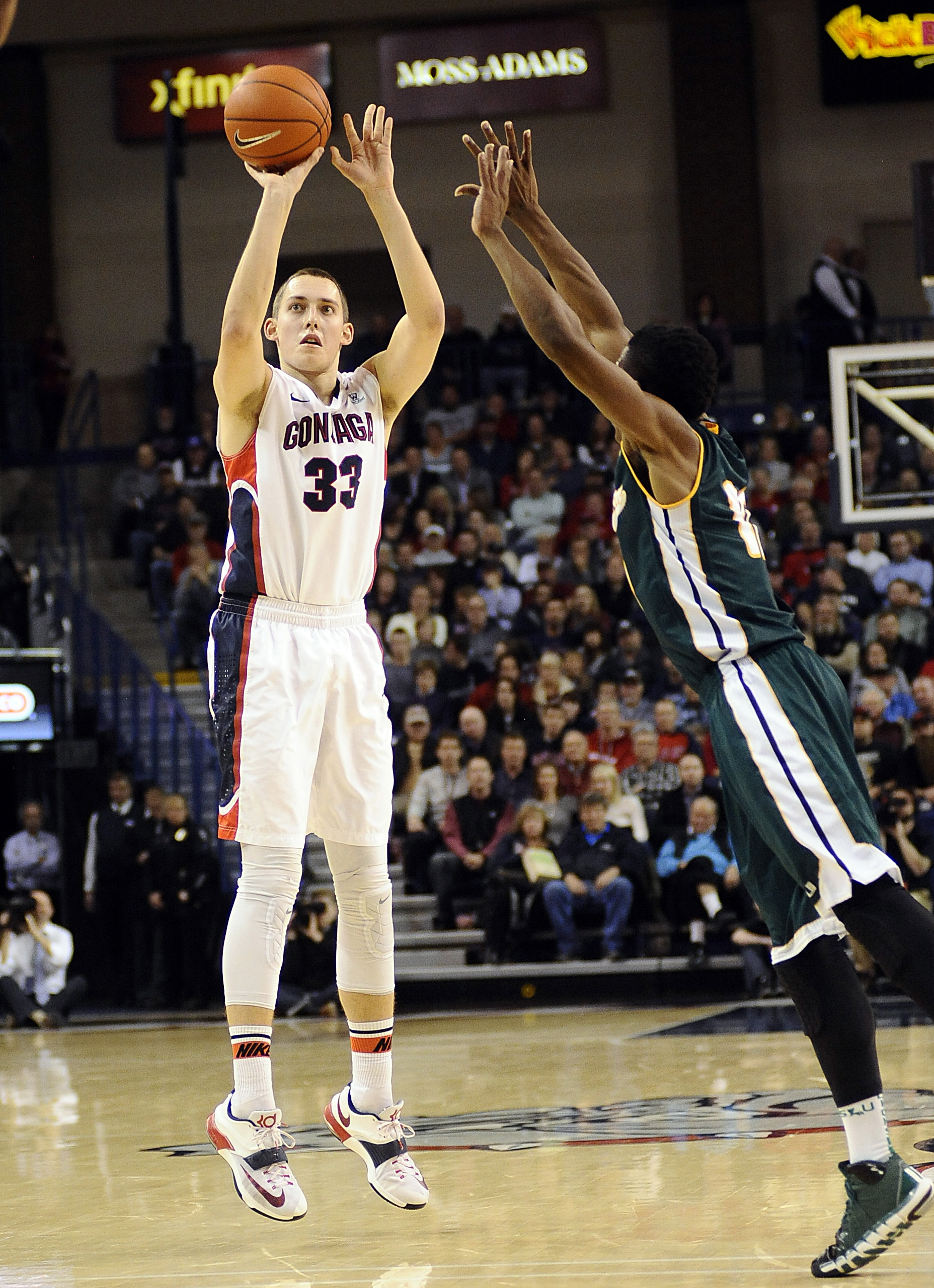 With that rankings deficit in mind, it should be no surprise that the Cougs are predicted to win just three out of 100 times by Pomeroy's laptop. Part of the reason the Zags are so highly regarded is Kentucky transfer Kyle Wiltjer. The junior has instantly become the focal point of Gonzaga's offense - taking over one-third of the team's shots while he is on the floor. He's been effective in doing so, primarily because he shoots well on 2s (55 percent*) and rarely turns the ball over (6.3 turnover rate).

*All stats against D-1 competition

Wiltjer has struggled from beyond the arc overall, 9 of 29, but he can't be lost in transition - five of Wiltjer's made 3s, on just eight of his attempts, have come in the first 10 seconds of the shot clock. For those scoring at home, that means he's just 4 of 21 on 3s in regular offensive sets.

With Wiltjer bearing the heavy offensive load, senior guards Kevin Pangos and Gary Bell have been able to be more selective with their shots. Both have lower usage and shot numbers this season, but have taken leaps in efficiency.

Pangos is assisting like he never has before - his 29.1 assist rate is easily a career high. He's also knocked down 61 percent of his 2s and 46 percent of his 3s on the way to an absurd 145.4 offensive rating (sixth nationally). Bell continues to be a lethal spot-up shooter, having hit on 47 percent of his 3s so far.

Off the bench, freshman Domantas Sabonis is a nice change of pace when spelling Wiltjer. He's an effective rebounder and takes nearly 80 percent of his shots at the rim. Sabonis also draws a fair amount of fouls (59.0 free throw rate) and has proven to be an effective free throw shooter (83 percent).

When WSU has the ball, things could get ugly. The Cougs have struggled to make baskets (47.3 effective field goal percentage, 207th nationally) and Gonzaga's defense has held opponents to some abysmal percentages (42.5 eFG% allowed).

It's tempting to say that Washington State's best bet is to attack the rim because Gonzaga lacks a real shot-blocking threat. However, even without that interior presence the Zags are still limiting opponents to just a 49 percent shooting percentage at the rim (NCAA median allowed is 57 percent). That dips to 44 percent in non-transition situations.

So WSU's actual best bet on offense is to hope it has an unusually good shooting performance, as it did against UTSA. It's going to need it to keep up with a Gonzaga offense that ranks fourth nationally in adjusted offensive efficiency.

The Cougars have long odds to come away with the upset, but all hope is not lost. For inspiration, WSU can look at NJIT, which faced the same meager probability (3 percent) when it went into Ann Arbor to defeat Michigan this past weekend. All NJIT had to do was knock down 65 percent of its threes and 59 percent of its shots overall.

All 3 of the 100 possible box scores that feature WSU as a winner over Gonzaga would surely be similar.