Leon Rice likely on the list of potential candidates at WSU

The internets didn't wait for Ken Bone to actually be fired before floating a bunch of names as potential candidates. Here's a look at some of the more popular names bandied about -- and maybe some names you haven't yet heard -- as well as how likely it is that any of these particular guys actually ends up getting an interview with athletics director Bill Moos.

Please note that we have no actual knowledge of the process; we're reading the tea leaves just like all of you. We'll rate the likelihood of each candidate landing an interview this way: 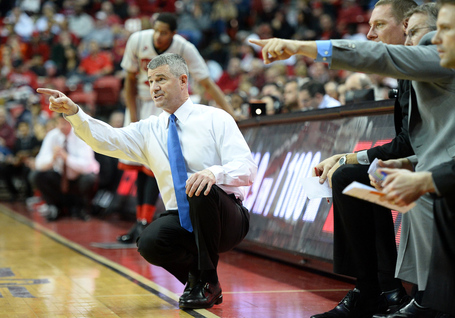 Why he would be in the mix: Rice has been at Boise State for four seasons and took the Broncos to the NCAA tournament as an at large selection last season. He sports a career mark of 77-54 at a program that hasn't had a ton of success, never mind the fact that he had to do it while making the move from the weaker WAC to the MWC. He rebuilt the Broncos quickly. His teams are driven by excellent offenses. He's also a WSU alum. He's successfully recruited Australia to build his program, and as a longtime assistant under Mark Few previous to this gig, has deep roots in the Northwest. He's making much less at BSU than he'd command at WSU.

Why he might not end up here: Despite returning his starting five, BSU was unable to take a step forward this year, finishing fifth in the MWC and missing out on the NCAA tournament altogether. That could be a red flag, as could the middling defenses he's put together - his M.O. looks an awful lot like Ken Bone's. There also remains the possibility that Rice would rather stay in Boise - his two best players (Derrick Marks and Anthony Drmic) return, he could view WSU as a lateral move -- there's already a Cougfan.com report that Rice has balked at WSU's overtures because of the program's subpar facilities. He also could have his eyes on a better program in a future year where there is a greater quantity of high profile jobs open out west. That would be a risk, though.

Why he would be in the mix: Looking to a moderately successful mid-major coach is a time-honored tradition at WSU, and Tinkle fits the bill. He's taken the Griz to the NCAA tournament three times in the last five years, and has been near the top of the Big Sky for the majority of his time in Missoula. Stylistically, he'll remind you more of the Bennetts than Bone. He'll be affordable, as I doubt there's really anyone knocking down his door this offseason.

Why he might not end up here: While I don't know what people would consider an "inspired" hire, Tinkle might be as uninspired as you could get with a current head coach. He's an unknown to the vast majority of the college basketball universe. There's also reason to be skeptical that he could replicate his success at WSU, given that he played at Montana and was an assistant there before getting the head gig. He's got the look of a lifer.

Why he would be in the mix: He was in the mix last time! Granted, that was a different athletic director, but he made a pair of NCAA tournaments in the two immediate years after Jim Sterk picked Ken Bone over Morrill. He's been at Utah State about forever, and perhaps - like Dana Altman before him - he's ready for a change. He's a no-nonsense coach. In 16 seasons, he's gone to the NCAAs eight times.

Why he might not end up here: The last few years haven't been great to the Aggies - after a run of dominance in the WAC, Utah State has finished in the middle of the pack for three straight years. He's got a lifetime gig at USU, and he's about to be 62 years old. Additionally, LDS kids returning from their missions have been a staple of his program, which has been built on discipline and maturity. That's unlikely to continue at WSU.

Why he would be in the mix: Once upon a time, Monson was the golden child of the Inland Empire. He didn't build on his Gonzaga success at Minnesota, but he's built a good program at Long Beach State by Big West standards, having won the league's regular season title for three consecutive seasons from 2011-2013. He's got deep northwest ties, and he'd surely jump at any chance to return to a major conference.

Why he might not end up here: Minnesota was a tire fire, and his success at Long Beach State has been moderate - he turned those three first place finishes into just one NCAA appearance. What he did at Gonzaga after taking over for Dan Fitzgerald looks a bit like "lightning in a bottle" as it relates to him. 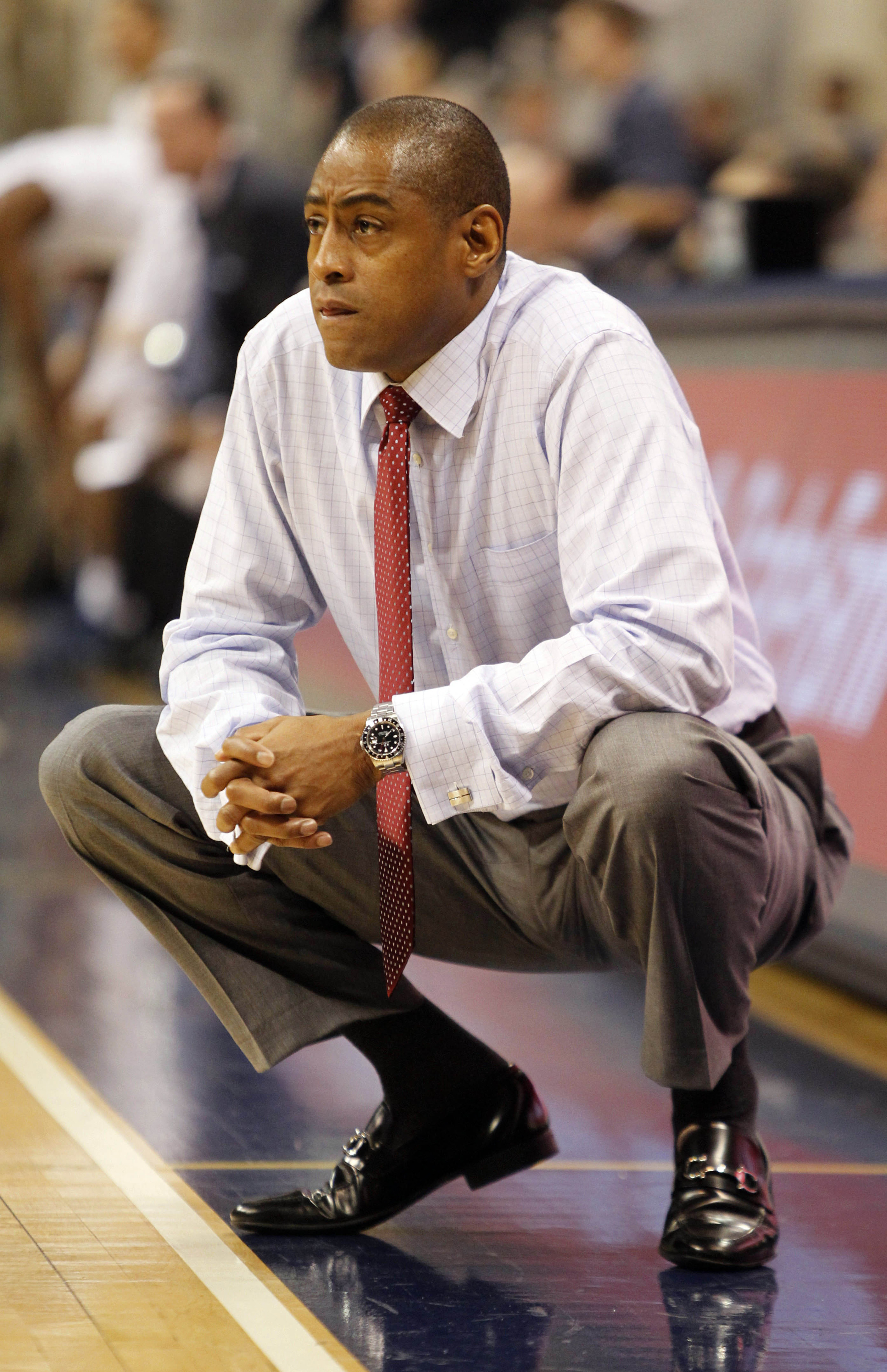 Why he would be in the mix: You probably haven't seen his name around too much, but Moos would be remiss to not give Terry a call. Fresno State is a tough job, and Terry - a former assistant at Texas under Rick Barnes - has the Bulldogs heading in the right direction; they made the CBI this year. He came to the job with the reputation as a recruiter, and it's proven true: he's landed a couple of transfers who were once top 100 recruits, and his last two recruiting classes have frankly outpaced WSU's. (He actually beat out Bone and others for this kid.) But classifying him only as a recruiter is selling him short: He coached the Bulldogs to a .500 record in a tough MWC and has a good basketball mind. He'd likely come at a reasonable price, as he's not yet a hot commodity on the coaching market. But he's probably about to be. He waited 16 years for his shot to lead a program, it would be hard to believe there wouldn't be mutual interest in jumping to a major conference if Moos called.

Why he might not end up here: Terry could have his sights set on a better job, and a nice season next year - when his team should again be improved - could have him in play for something higher profile. Moos also could want to have seen a longer track record from a coach.

Why he would be in the mix: He's been hugely successful at St. Mary's, turning the Gaels into an annual contender with Gonzaga for the WCC crown. Moos would be nuts not to call him. He's obviously got an eye for talent, and he's recruited Australia very well. However, he ran afoul of the NCAA. That normally would be a sticking point, but it might actually be an opening for WSU. He hasn't been able to recruit off campus this year and SMC will be down two scholarships for each of the next two years. Doubtful that deters WSU.

Why he might not end up here: He hasn't shown any inclination to leave St. Mary's before. 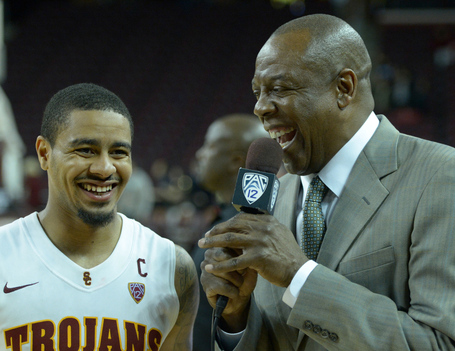 Why he would be in the mix: Kent had good success at Oregon, taking the Ducks to five NCAA tournament appearances in 13 seasons, twice winning the Pac-10. Bill Moos hired him at Oregon, Moos went for offense in football at WSU, and Kent prefers a high-octane brand of ball that would fit Moos' "sizzle." One could also argue that he'd be right up there with Dick Bennett as the most accomplished men's basketball coach the school has ever hired. He wants to coach again, and it's hard to see him getting another major conference job as he's not exactly getting younger. Oh, and there was that little message board thing where some guy said "the job is Kent's to lose." Take that for what it's worth.

Why he might not end up here: Retread hires rarely inspire a fanbase. And again, not young. 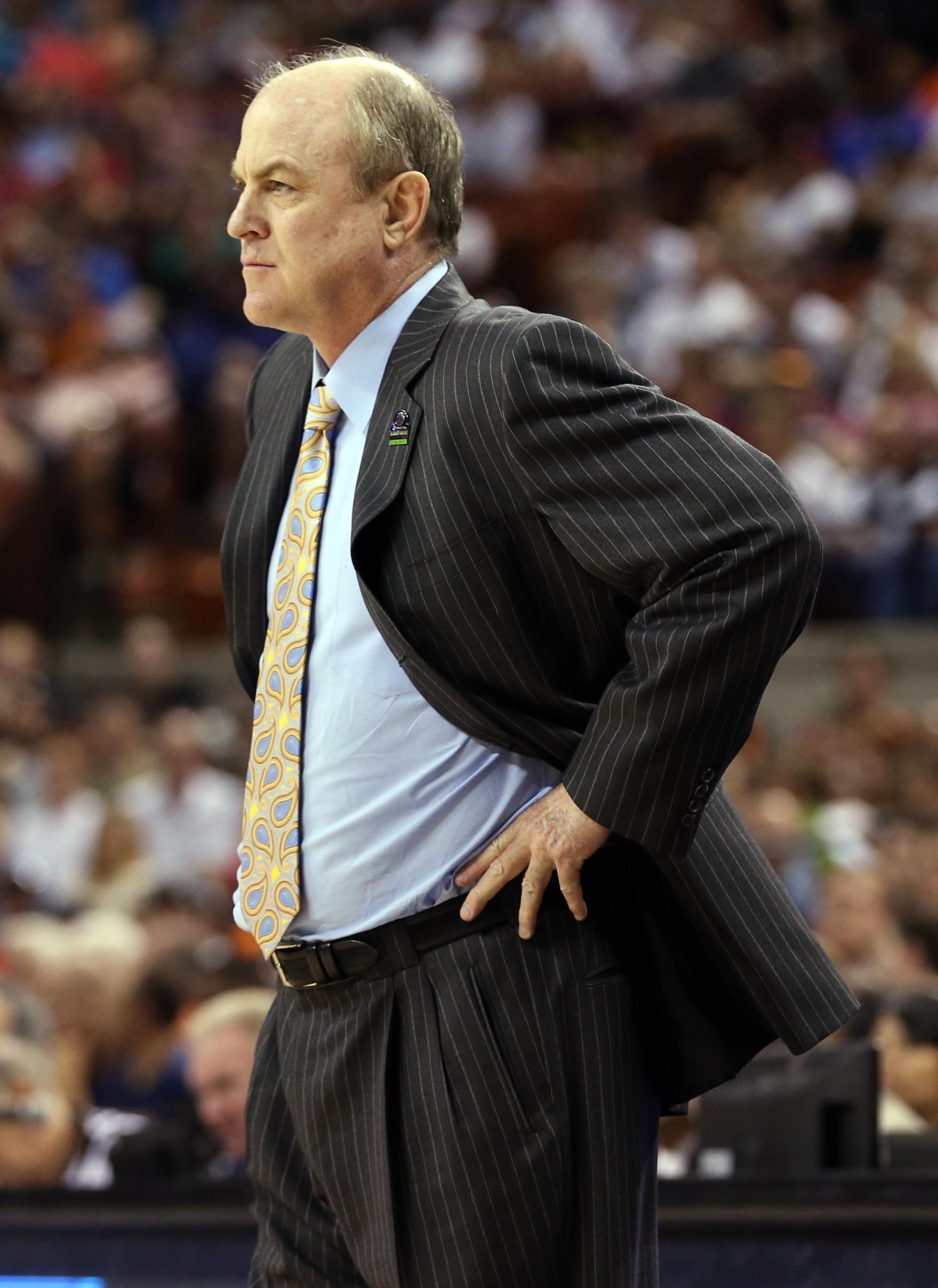 Why he would be in the mix: Coaches who have taken teams to the Final Four are typically sought after, right? Howland has been successful everywhere he's been, first at Northern Arizona, then at Pitt, and finally at UCLA. The guy won 25 games in Westwood the year he was fired, for goodness sake. Moos likely would overlook the fact that he seemed to lose control of the program at the end.

Why he might not end up here: He knows how tough this job is, and it's highly likely he'll have other suitors, even after the way he went out at UCLA. It's also possible Moos doesn't want to deal with a coach who's aloof. He's also very likely to command more money than WSU can lay out.

Why he would be in the mix: He's been an assistant under Sendek for two seasons, and while correlation does not equal causation, the Sun Devils have been much better in the last two years than they were before that. Musselman has coached in the NBA, D-League and CBA, and he's made no secret of his desire to be a head coach in the college ranks. WSU would be incredibly fortunate to land him.

Why he might not end up here: It's hard to imagine his name won't be connected with other openings. He's not a west coast guy, so he could be in the mix all over the country.

Why he would be in the mix: Known as an excellent recruiter with strong California ties. He'd come cheap, and it's easy to imagine him jumping at the chance to be the head man at a Pac-12 school. His last two jobs have been under Steve Fisher and Mike Montgomery. That's some pretty good mentoring. He'd also probably be cheap.

Why he might not end up here: Totally depends on it Moos is looking for guys with head coaching experience. If so, he's out.

Why he would be in the mix: Lloyd is the latest coach in waiting in Spokane, and he has been credited with Gonzaga's strong recruiting abroad, particularly in Canada. Generally credited with landing guys such as Ronny Turiaf (France), Elias Harris (Germany) and Kevin Pangos (Canada).

Why he might not end up here: Again, no head coaching experience, and he's only ever coached at Gonzaga. Mark Few's assistants have experienced mixed success - Bill Grier has been pretty poor at San Diego, while Rice has been successful so far. Lloyd also is just 39, so he might be content to continue to wait for Mark Few to move on, where Grier and Rice weren't sure they wanted to let their coaching clocks continue to tick.