If you're going to put an exclamation point on a bad season, losing to a terrible team at home is a decent way to do it.

A rough season for the Cougars got a little worse with WSU losing at home to USC and dropping into last place in the Pac-12. I could write thousands of words detailing how bad this season has been, or I could let the screenshot below tell the story. 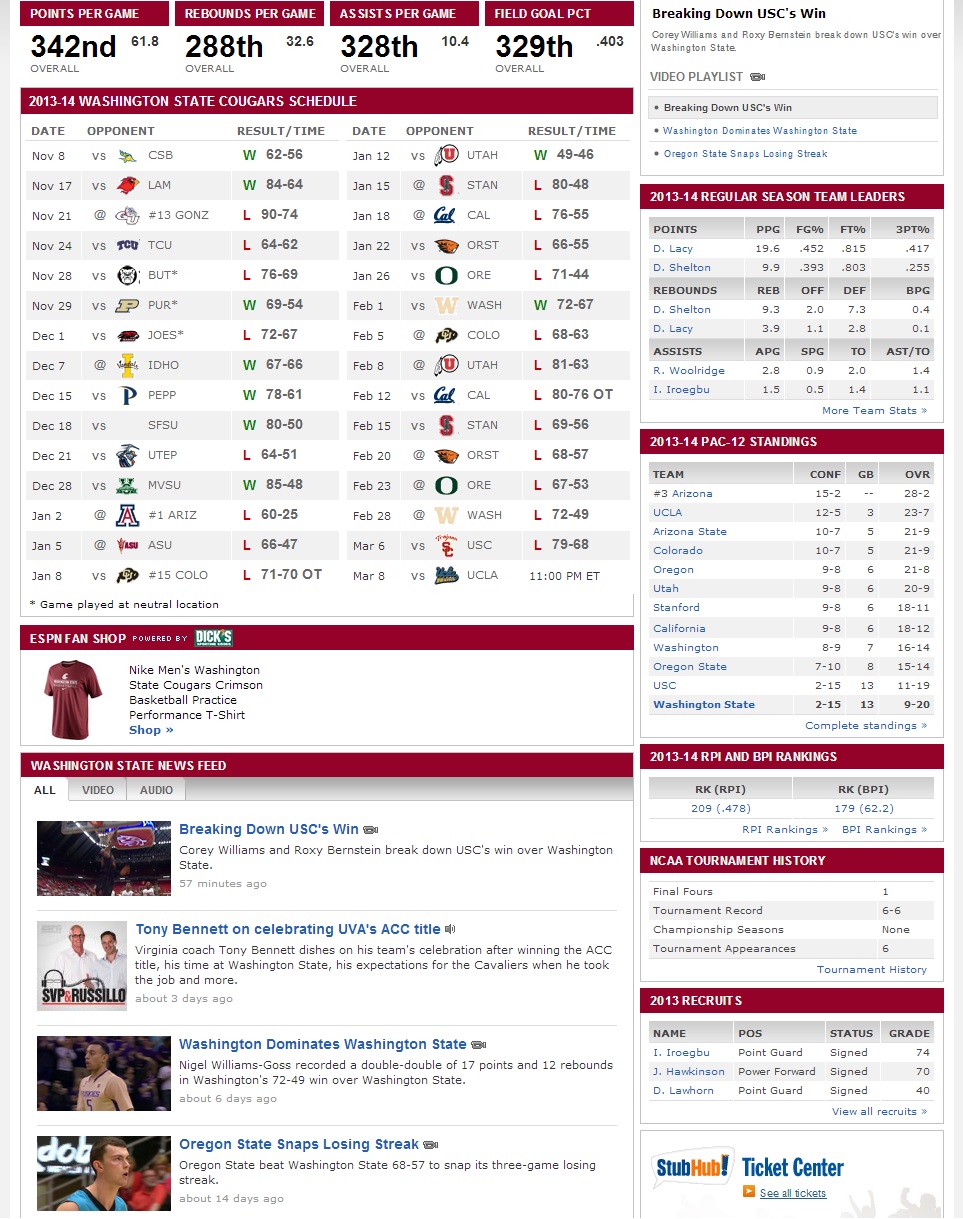 Ouch. If you'd like to see even more of that sadness, you can take a depressing venture over to WSU's ESPN page.

Washington State drops to last in Pac-12 with loss to USC - Spokesman.com - March 6, 2014
Playing against the only Pac-12 team Washington State could reasonably have claimed was in worse shape, the Cougars couldn’t even keep it close at home.

Washington State University set a Pac-12 Conference Tournament single-game record for points in a 107-100 victory over the University of Oregon in the opening round at KeyArena Thursday.

WSU races to record-setting win over Oregon in Pac-12 women’s tournament | Huskies | The Seattle Times
With the scoreboard putting up numbers at a frantic pace, Washington State opened the Pac-12 Women’s Basketball Tournament with a record-breaking win.

Pac-12 spring position breakdowns: Cornerbacks - ESPN
Washington State: Possibly the most important step for the Cougars this spring is to shore up the secondary -- a difficult task following the departure of seniors Damante Horton and Nolan Washington (in addition to Deone Bucannon at safety). Daquawn Brown, who is not short on confidence, started three games last season and fared well against USC's Marqise Lee. There isn't much other experience on the roster, and the team signed four corners from the high school ranks.