Only been paying half attention to Ernie’s team? We’ll get you caught up.

Football season has finally ended for everyone except for the fans of a couple of teams, which means it’s the traditional time when most of us finally turn our gaze toward college basketball as the conference schedule gets underway — the Washington State Cougars have their first Pac-12 game, against the Washington Huskies, tomorrow night.

If you’ve ignored the Cougs up until this point ... well, you haven’t missed a whole lot. But since you’re a Coug and you’re probably going to at least casually follow the team for the next couple of months because there really isn’t anything else to do, let’s get you caught up.

Note: You’ll see me refer to kenpom.com a fair amount. It’s a ranking system that uses adjusted efficiency margin — roughly translated, teams are evaluated based on how many points they score and allow per possession and then adjusted for the competition level of their opponents.

Despite playing what kenpom.com ranks as the 344th non-conference schedule in the country (there are only 353 teams), WSU stumbles into Pac-12 play with six losses — they’re currently on a three-game skid after falling to the San Diego Toreros, New Mexico State Aggies (for the second time this season, thanks to a scheduling quirk) and Santa Clara Broncos over the past two weeks. They also picked up losses to the Seattle Redhawks and Montana State Bobcats earlier in the season.

The Cougars are currently ranked 176 — which, if it held for the remainder of the season, would actually make this statement truthful, as the highest any of Ernie’s teams have finished is 186:

Ernie Kent tells the crowd this is the best team he’s coached in Pullman in his 5 seasons here #GoCougs #Wazzu pic.twitter.com/SoOkbKjMlg

As is usually the case under Kent, the Cougars have a decent offense but an atrocious defense. They rank 264th in adjusted defensive efficiency — the only high-major teams who are worse are the Utah Utes (276) and California Golden Bears (324). (More on that in a minute.)

The Cougs’ defense ranks 200th or worse in effective field goal percentage, turnovers forced and defensive rebounding. About the only thing WSU is good at is keeping their opponents off the free throw line (19th in FTA/FGA), but that’s largely because they (A) give up so many inviting looks, particularly from beyond the arc, and (B) allow layups rather than foul — opponents shoot 53 percent on twos, 258th nationally.

If the Cougs could somehow manage to come up with a competent defense, they’d be on to something; their offense is hovering where it’s generally been for the past five seasons, just outside the top 100 in adjusted efficiency. Alas, our coach is Ernie Kent, and his defenses have averaged 246th since his arrival. Even with the athletes he had at Oregon, the best he could muster was 155th in his final three years in Eugene.

I guess I’m saying, even though Ernie promised the defense would get better thanks to added “length and athleticism,” it hasn’t, and it’s not wise to expect it to magically improve now, even though Ernie said after the loss to Santa Clara that inexperience is to blame.

There are bright spots, though!

After exploring the NBA Draft process following last season, Robert Franks returned to school for his final season of eligibility. Having grown two inches to 6-foot-9 — at least, according to WSU — he’s been very good, averaging 22 points, 8 rebounds and 3 assists.

He has been particularly deadly once he gets near the basket: He’s shooting 65 percent on twos, and according to hoopmath.com, that includes hitting more than 50 percent of his two-point jumpers. His three-point shooting has taken a big dip this year, however (down from 41 percent to 34 percent); as teams are paying more attention to him, he’s trended towards shooting more contested deep shots off his own creation — just 60 percent of his threes are assisted, which is a remarkably low number.

Still, his overall efficiency remains excellent — he’s third in the conference among high-volume shooters — and he’s integral to any success WSU might have the rest of the way: In the two games he’s missed with minor injuries, the Cougs are 0-2 behind two of their three worst offensive performances. The other bad offensive performance in those three? Franks had his worst game of the year, playing just 19 minutes and scoring just 7 points.

He’s really, really important to what WSU is able to do.

True freshman CJ Elleby is the other big bright spot. As Kent’s first Seattle recruit — and one of the more well-regarded ones overall — Elleby came with a moderate level of expectation. He has exceeded those, averaging 16 points, 8 rebounds and 2 assists as WSU’s bona fide second option. He’s also probably WSU’s best defender and has a knack for being around the ball, leading to rebounds and steals.

It will be interesting to see if he can maintain this for the remainder of the season; 31 minutes a game is a lot for a true freshman, and the competition is about to go up a significant level.

Lastly, junior college transfer Marvin Cannon has come on strong in the last few weeks. The 6-foot-5 wing will remind you a ton of Marcus Capers if your memory goes back that far — right down to the left handed jumper. (Only this time, Taylor Rochestie didn’t have to give up his scholarship!)

Cannon is much more offensive minded than Capers was, though, and his quickness off the floor allows him to attack the rim in a way nobody else on the roster can. He’s actually shot more free throws (44) than field goals (42), which is a really good way to be an efficient scorer. He’s selective with his threes, having only taken 16, but he’s proven he can make them, draining seven. He’s scored in double figures in three of the past five games and is usually good for one highlight dunk each night.

The others to know

Viont’e Daniels is back, but the senior missed four games with a concussion. When he’s on the floor, he’s doing what he does: Hitting threes at an excellent clip. He’s even become a bit better of a distributor, and Kent has experimented with him at the point. Daniels is still limited in the ways in which he can attack a defense, but he still as solid as they come.

Ahmed Ali is a junior college transfer who is playing the bulk of the minutes at the point. He’s a competent shooter and crafty scorer in the lane, but at 5-foot-11 and without a tremendous amount of quickness, he’s going to find the going much tougher against the Pac-12’s bigger guards. However, he’s a solid distributor and he doesn’t turn the ball over much, so he’ll probably continue to see heavy minutes leading the offense.

Carter Skaggs is reprising his role as sharpshooter off the bench, hitting 39 percent of his team-leading 75 three attempts. He still more or less limited to that role, however.

Isaiah Wade is also a junior college transfer, and he was an important piece early. But he has been hampered by an ankle injury. Already an undersized interior player — he’s just 6-foot-7 and 215 pounds — Wade has seen both his effectiveness and minutes fade. But Kent says he’s healthy now.

The previous seven players will make up the bulk of the rotation minutes, but you’ll also see some of point guard Jervae Robinson, stretch four Aljaz Kunc, forward Jeff Pollard and center Davante Cooper. All are limited by some combination of inexperience and/or skill and/or athletic and/or strength deficiency. 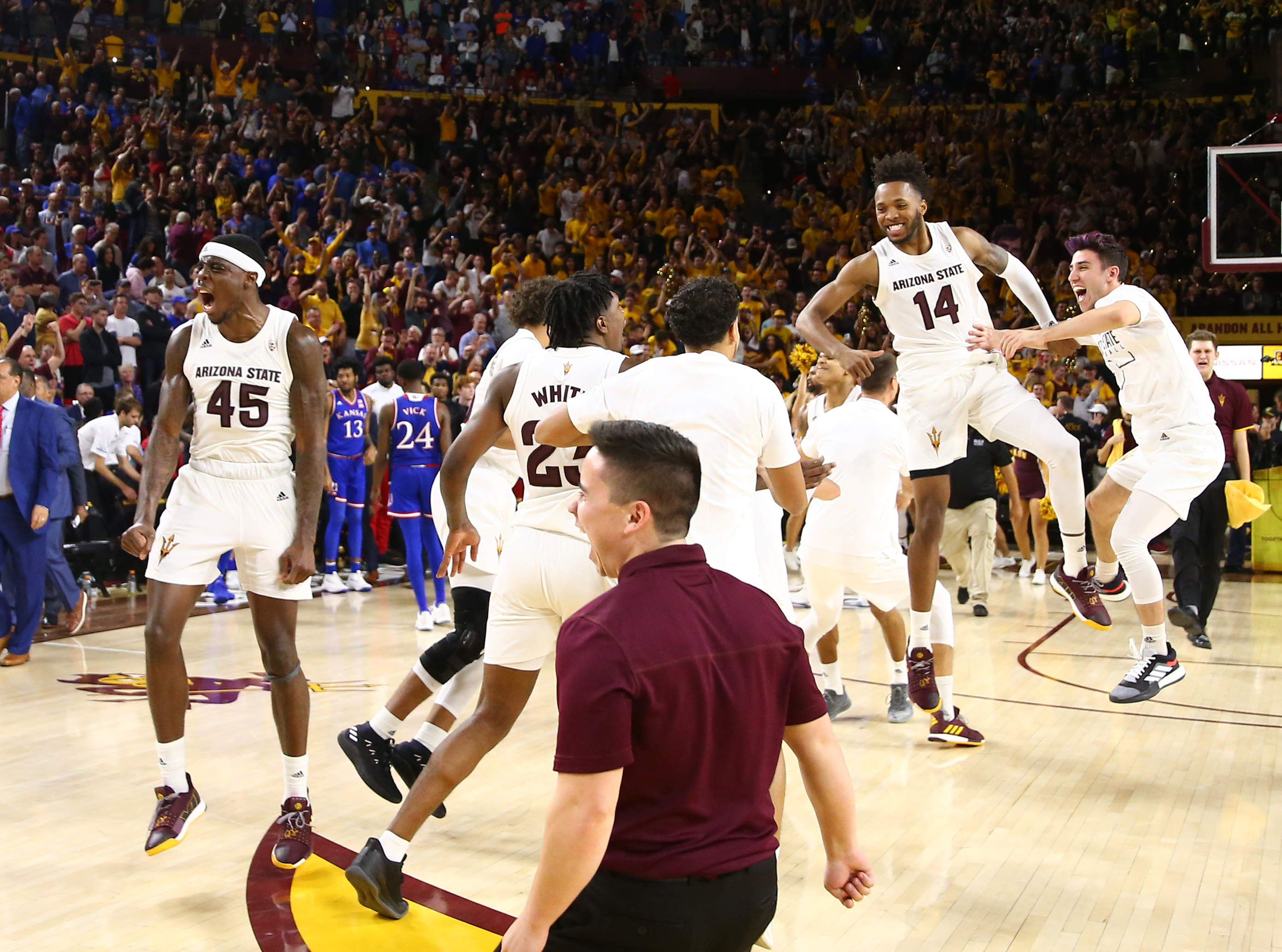 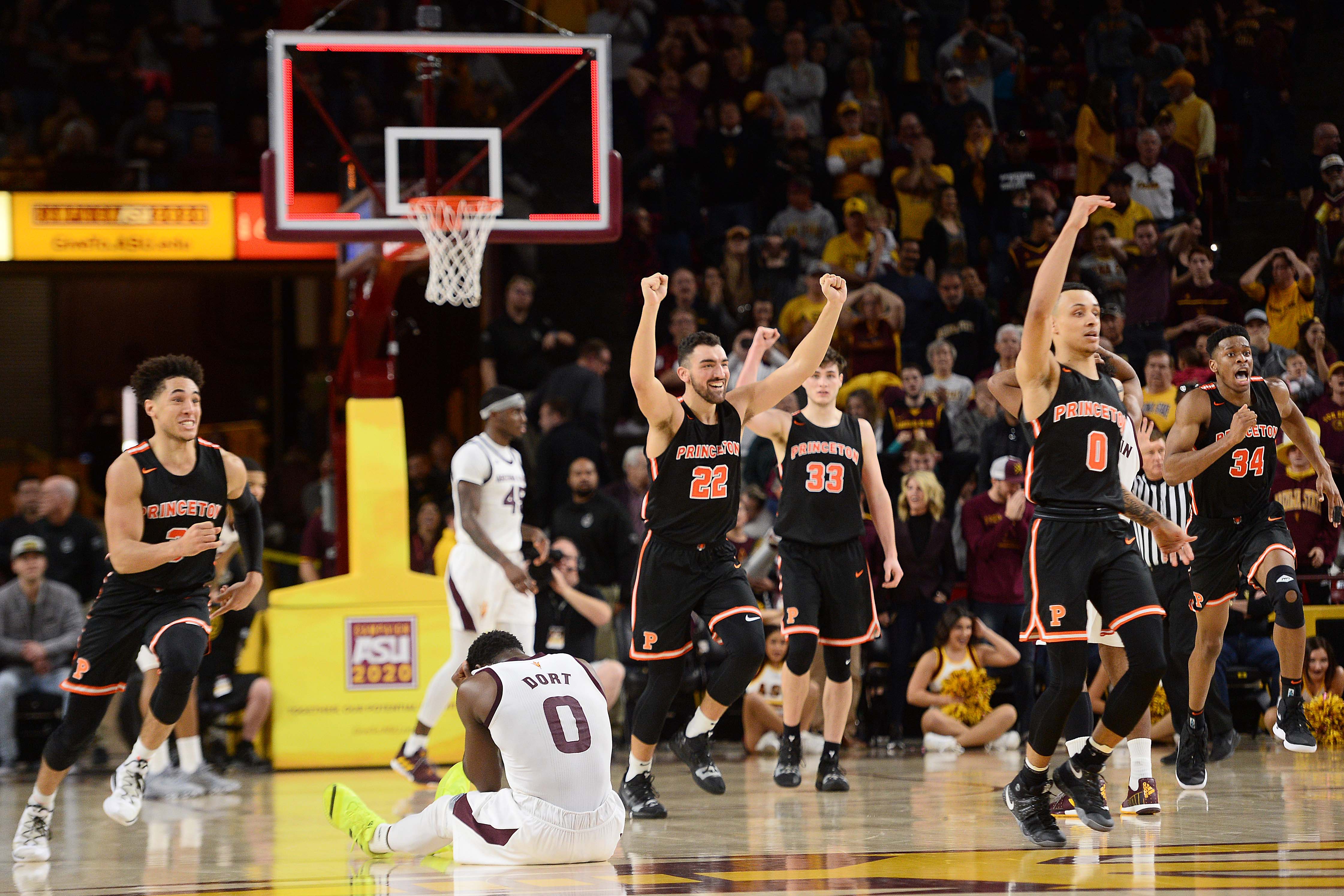 Once upon a time, the Pac-12 was a premier basketball conference. That’s no longer the case.

Remember how I pointed out that Utah and Cal were both worse at defense than WSU? That’s indicative of the saving grace for WSU team this year: The Pac-12 is baaaaaaad. Like, one-bid-league bad. The highest ranked team is the No. 38 Oregon Ducks, and they just lost their best player for the season. The Arizona State Sun Devils have the league’s best win — over the Kansas Jayhawks — but they’ve lost four games, including the last two (to the Princeton Tigers and Utah).

The Cougs aren’t even the lowest ranked team in the conference — that honor belongs to Cal (209). Both Utah and Stanford are sub-100.

Although the Cougs are favored to win just two of the 18 league games, according to kenpom.com, when you add up all the probabilities, WSU actually projects to win six conference games overall — something that’s helped greatly by some fortunate turns in the Pac-12’s imbalanced schedule. The Cougs get to play the league’s three worst non-WSU teams (Cal, Utah, Stanford) twice each, while they only have to play Arizona and Arizona State once (albeit on the road). They get USC and UCLA, which are both a mess, at home.

The man with the $11 million golden parachute might be a lot of things, but you can never call Ernie Kent unlucky!

Tip off against the Huskies is at 7:30 p.m. in Seattle. The game will be broadcast on Pac-12 Network. Godspeed to all of us.