Thumbs up, thumbs down for WSU vs. Arizona

There was a lot to like in the close loss.

Share All sharing options for: Thumbs up, thumbs down for WSU vs. Arizona

The way the Washington State Cougars lost to the Arizona Wildcats was heartbreaking, yes — but it also portends big things to come in the future. Let’s dig into the positives (and negative) from Saturday night’s game.

There were a lot of cards stacked against the Cougs in this one. They were missing their starting center, Vova Markovetskyy, primary reserve guard Ryan Rapp, and bench players DJ Rodman and Brandton Chatfield — all because of COVID. They were taking on a higher ranked team, stocked with more talented recruits. Check it out (move the slider from left to right): 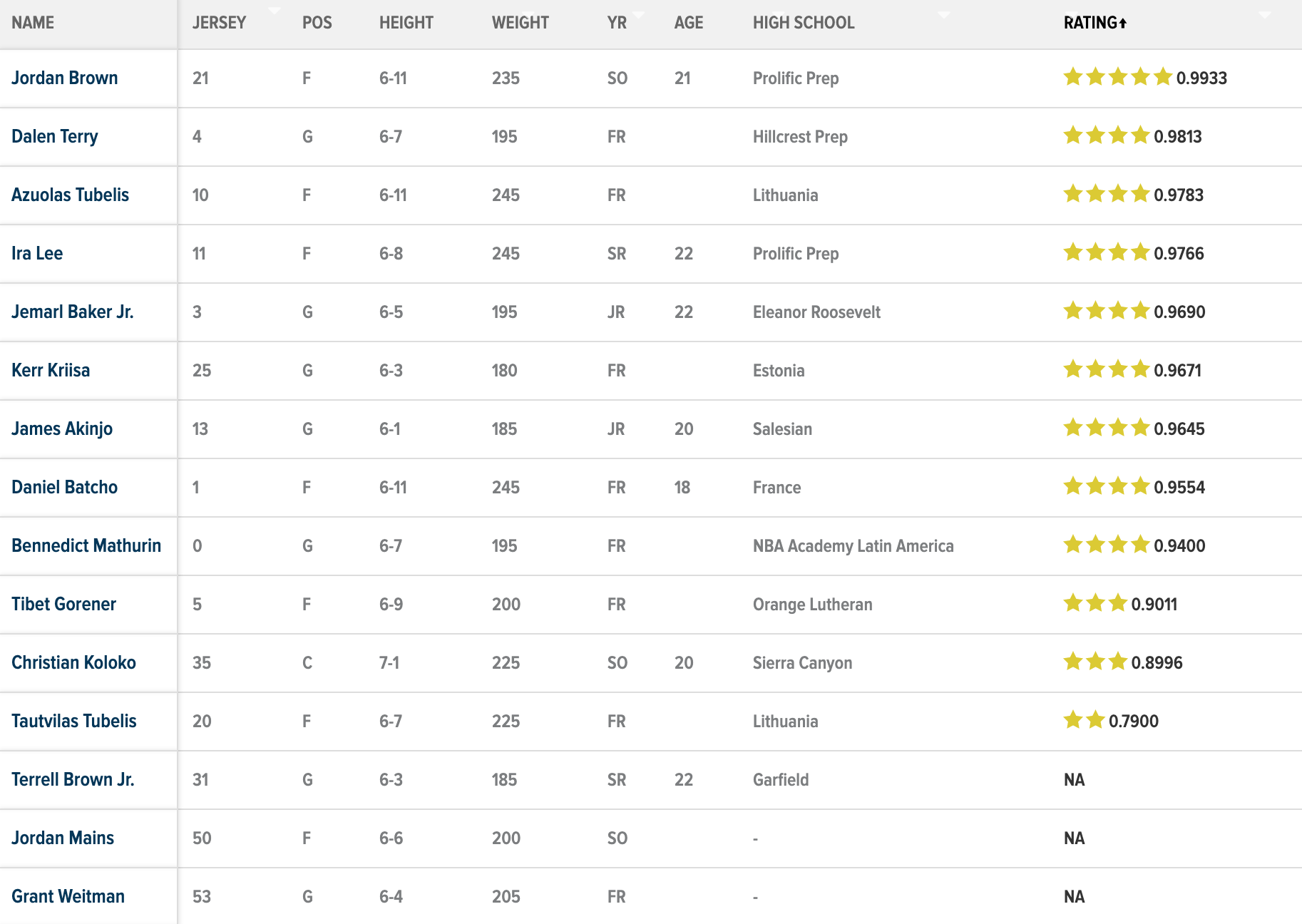 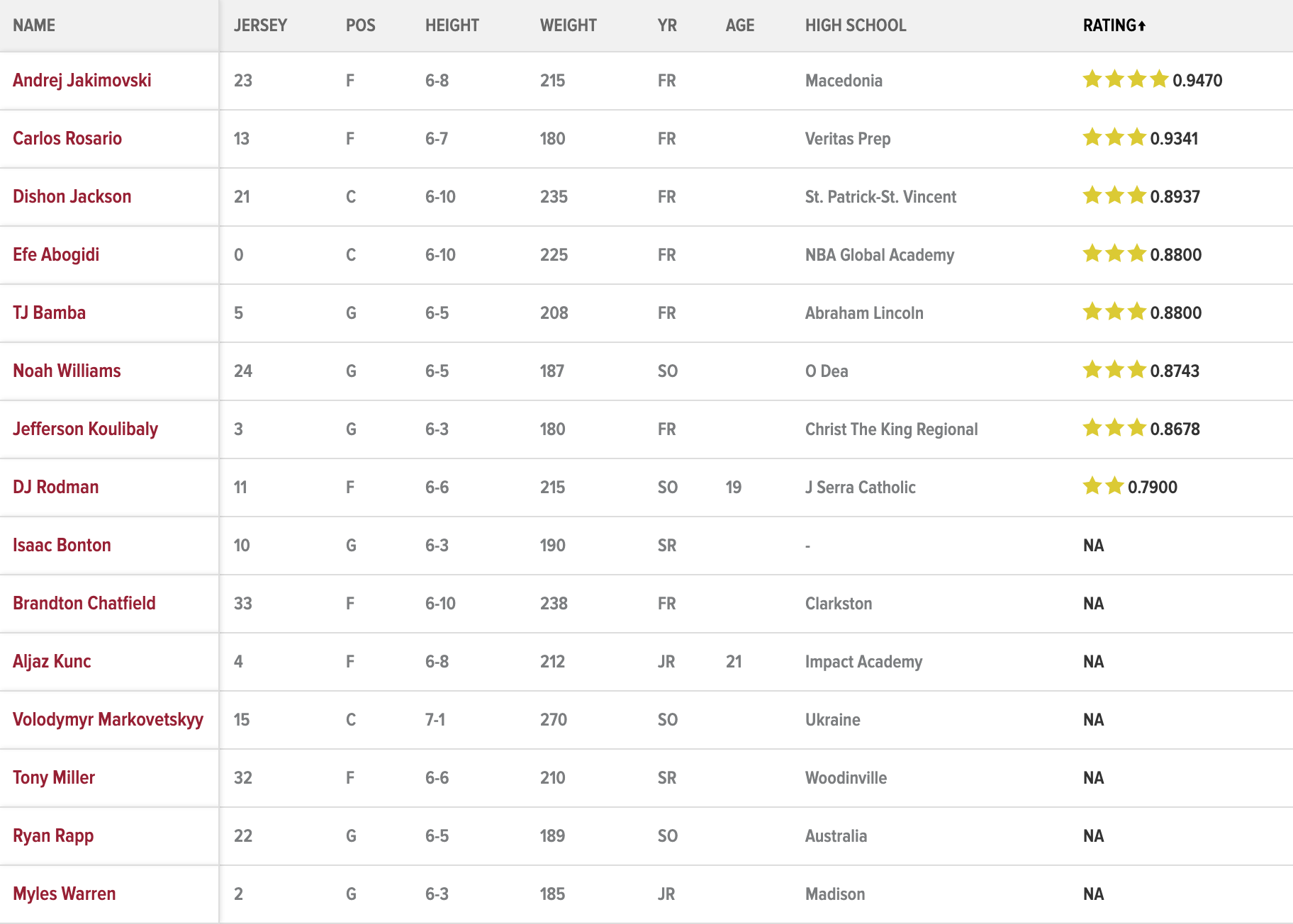 They even had to overcome some curious reffing, which isn’t exactly a new thing when Arizona is involved.

And all the Cougs did was go toe-to-toe with the Wildcats to the extent that only some missed free throws separated them from what could have been a season-defining victory.

The attitude and confidence with which this team plays the game is not new, but it still draws my admiration, even as I’ve seen it many times before. They just battle their tails off at all times, even in a game where they were outmanned in every objective sense — a full-strength roster came up with the win in kenpom.com’s simulations just 22% of the time. A 1-in-4.5 chance certainly isn’t in the “never” category, but it’s definitely a long shot, especially when you consider how infrequently WSU has even been competitive against Arizona over the years, let alone actually won the game.

This team doesn’t want to hear any of that, and they don’t take any s--- from anyone. And I absolutely love them for that. Isaac Bonton (a Montana State transfer by way of junior college) and Noah Williams (a three-star Seattle recruit who was wasn’t offered by UW and was headed to Buffalo before WSU fired Ernie Kent) owned the second half against a bunch of four- and five-star recruits, many of whom are preordained for NBA rosters.

The Cougs are put in a position to win by Kyle Smith and they play with a chip on their shoulder that’s apparent. The rest of the Pac-12 is officially on notice: Unlike last year, there are zero games remaining on the schedule where the team will struggle to be competitive because of talent deficiencies at one position or another. That’s an incredible transformation in just two seasons.

Dishon Jackson and Efe Abogidi had a tough assignment in this one. It wasn’t just that they were the only two bigs available to Kyle Smith, they also were going up against perhaps the biggest and most athletic front lines they’re going to see all season. (Go look at that roster above one more time.)

Both of the true freshman played great — and Abogidi was clearly the most athletic of all the bigs on the floor.

They both struggled with fouls, but that was expected against a team with relentlessly aggressive bigs who don’t have to worry about fouls. It also was as much a function of some seriously inconsistent officiating than it was of anything they were doing. Jackson picked up a foul on a questionable replay review after Sean Miller complained that Jackson had cleared space with his elbow, and Abogidi’s third and fourth fouls were incredibly ticky-tack — he was actively trying to avoid a foul, and the offensive player simply making a move into Abogidi resulted in a whistle. By my count, at least four of their 10 combined fouls could just as easily not have been called. It was puzzling.

More encouraging was the production. Abogidi had 12 points, 8 rebounds, 3 blocks and 2 steals over 28 minutes, while Jackson had 7 points and 6 rebounds in 15 minutes — and both were every bit as effective as Arizona’s bigs. In fact, the Wildcat bigs did most of their damage in the last 10 minutes of the second half and overtime, when Abogidi and Jackson were either fouled out or avoiding contact altogether.

I don’t know how long we’re going to have Abogidi — he’s clearly a future NBA player — but I’m going to enjoy the heck out of him while I can.

Can’t think of many (or any) #WSU basketball players I’ve covered who’ve been capable of something like this. pic.twitter.com/3C0RG0hZeG

The Washington State Cougars are a man-to-man team that will occasionally sprinkle in some zone, a philosophy that led them to an adjusted defensive efficiency that ranked just outside the top 50 nationally heading into Saturday’s game.

But with only two bigs, the Cougs came out of the gate exclusively playing zone in an effort to protect them from foul trouble. While that’s a reasonable expectation, it also was a little bit scary when you remember that the Wildcats carved up the Washington zone to the tune of 1.13 points per possession while rebounding nearly half of their own misses.

Arizona, which had a top 25 offense in adjusted efficiency coming into the game, did no such thing to the Cougs: The Wildcats scored just 1.0 points per possession (their third-lowest of the season) behind their second-worst shooting and offensive rebounding performances of the young season. It felt like Arizona would surely light it up from outside at some point, but WSU did a great job rotating and contesting shots — it wasn’t a fluke that Arizona shot 5-of-22 from deep.

If you want to make fun of any Husky fans who still care about basketball, you can let them know that the best zone in the state resides in Pullman — and we don’t even practice it full time.

Not much to say about this one, other than it’s probably time to start looking for a free throw coach.