The Monday After: Massive stretch upcoming for WSU

The Cougars have a golden chance to play themselves back onto the NCAA tournament bubble.

Share All sharing options for: The Monday After: Massive stretch upcoming for WSU

Sitting at 9-6 overall and 2-2 in the Pac-12 and coming off a split of the mountain schools, it sure feels like the next four weekends are going to be make-or-break for the Washington State Cougars if they’re going to make a serious push for a at-large berth to the NCAA Tournament in 2022.

As I’ve said — and will continue to say, ad nauseam — you won’t ever catch me trying to put an actual number on what WSU (or any team) “needs” to do to play itself into the tournament, so I’m not going to sit here today and do that with grand proclamations. But with six losses already and beatable teams galore over the next eight games, this is the time for the Cougars to pile up some wins and make that move back into the bracketology bubble conversation.

Over this stretch, the Cougars face Stanford and California twice each (at home this week and then on the road at the end), Oregon and Oregon State on the road, and then Utah and Colorado back at home. Kenpom.com projects that the Cougars — ranked No. 43 — would be favored in seven of the games and expected to win five of them, based on the probabilities generated by each team’s adjusted efficiency margin:

I’m going to go ahead and say that if WSU really wants to get back onto the bubble, 6-2 would make an excellent statement. That puts them at 15-8 overall, 8-4 in conference, and probably solidly in fourth place a little more than halfway through the conference schedule. Then, facing a stretch where you play Arizona at home, UCLA on the road, and USC on the road, all in 10 days, you might only need to pick up one win there to get yourself a real nice Quad 1 win for the resumé.

If the next eight produce just mediocre results? Like, 4-4? Again, the margin just continues to get smaller. Maybe at that point you need to win two out of three against that trio to prove you belong in the tournament. That’s probably a bigger ask than just picking up six of the next eight.

The reality is that, at some point, a tournament team has to start winning lots of games. This next month is an incredible opportunity for WSU to do that.

What we liked: Pick and roll attack

Something that’s been a bit of a source of frustration for the first part of the season has been WSU’s inability to get the ball into their bigs in scoring spots with any kind of consistency. With two ultra athletic guys in Efe Abogidi and Mouhamed Gueye, and a post load in Dishon Jackson, it was maddening to watch them unable to contribute in truly meaningful ways.

Up until this weekend, hesitation ruled the day when it came to making an incisive entry pass; the guess here is that the desire to minimize turnovers led to conservative passes when the guards looked to the rolling big men. That changed in a big way, as the Cougars executed the pick-and-roll to great effect.

Rather than hesitating, Michael Flowers and Tyrell Roberts continually pulled the trigger, often pretty early. Sometimes, they hit their bigs with a nice pocket pass; other times — particularly after switches onto smaller players — they just threw it into a space where Efe Abogid and Mouhamed Gueye could just jump to get it.

The layups and dunks that ensued were a huge part of the reason why the Cougars took a lead into halftime of each of their games. Against Colorado, it was neutralized by foul trouble with the bigs (more on that in a second); against Utah, the Utes adjusted to take it away, and after a short time of feeling that adjustment out, the Cougars made their own tweak and pulled away for a wonderful win.

The result is that the Cougars put up 1.04 and 1.15 points per possession in those two games — easily the best two-game output on that road swing since the two schools joined the conference. Some of that has to do with the quality of those two teams at present, but it also says something about the Cougs.

It’s been tough for them to establish chemistry on these things for a couple of reasons. One, they’ve got a couple of ball-dominant guards who aren’t really point guards by trade. Two, they’ve had injuries/Covid issues that have prevented these guys from practicing together as much as is needed for this to work. That they’re figuring some things out on this front is pretty awesome to see — and incredibly encouraging going forward.

Honorable mention: The defense is now up to No. 28 in kenpom’s adjusted efficiency metric, having held the Utes (ranked No. 61 in offense heading into the game) to their second-lowest efficiency of the season — just 0.91 points per possession. It was their worst shooting night of the season (by effective field goal percentage) and one of their worst offensive rebounding nights.

It’s no secret that Roberts has struggled at times in his transition up from Division II UC San Diego. It’s not been for lack of desire or work ethic, but after starting the year on fire, his shot deserted him in December, when he was just 6-for-31 from beyond the arc and 5-for-23 inside it. That’s just 25.9% effective field goal percentage, a mark so low as to make a player virtually unplayable — to say nothing of his limitations on defense.

Roberts came back from the long layoff with his best two-game stretch of the season, given the competition, averaging an efficient 21 points while also posting 4.5 rebounds, 1.5 assists, and just 1.5 turnovers over 33.5 minutes against Colorado and Utah. He was 8-of-19 on 3s and — maybe more importantly — 7-of-14 on 2s.

Basically, Roberts became what I think we all envisioned he’d need to be as a 5-foot-11 guard: Someone who is a threat to shoot (and make) from deep at any time, but also quick enough to put it on the floor, turn the corner, and get to the rim if teams close out too aggressively on his shots or pay a little too much attention to the roller on ball screens. He was a huge reason why the offense picked up on this trip.

Honorable mention: Noah Williams missed the game at Colorado because of Covid, then met up with the team in Salt Lake City. He didn’t start against the Utes, but his impact was major: 11 points, 6 rebounds, 3 assists, and just 1 turnover in 24 minutes off the bench. Quintessential performance.

The Cougs were handling Colorado just fine, and then suddenly they weren’t, and that was almost exclusively due to a 180-degree change in who was controlling the paint in that game.

Jabari Walker and Evan Battey came out of the locker room purposing to physically attack WSU’s bigs, going to work in the paint immediately. And the Cougars struggled as the Buffs surged to 46 points after the break — 26 of them in the paint, making 15 of 21 twos.

Walker and Battey combined to go 10 of 10 with 9 free throw attempts, while Abogidi and Jackson combined for eight fouls. Yes, eight fouls in the second half. Some of that was the way the referees chose to officiate the game — both team’s bigs were in foul trouble all night — but this has been an ongoing issue. Jackson is being called for 7 fouls per 40 minutes in the four conference games, and Abogidi is at 5.9. Gueye is only 4.1, but he’s rarely been used as a post defender.

WSU doesn’t double the post or dig down on post entries, something I presume is in an effort to remain sound and not give up open 3s; the Cougs have tried to limit opponent 3-point attempts under Smith as a matter of philosophy. Other teams have learned they can go to work in the post and that WSU will take their chances one-on-one, so I wonder if Smith rethinks all this just a little bit.

The Cougars did go to a zone in the second half against Colorado in an effort to protect the bigs. The zone was an effective tool in Smith’s first two seasons, but it’s been deployed rarely this year, probably because it’s not exactly ideal to zone teams with a pair of 6-foot-ish guards on the floor most of the time. It certainly didn’t work against the Buffs — the Cougs just ended up giving up even more open looks while also still getting their bigs fouled out.

It’s times like these that we’re reminded how young WSU’s bigs are, and how it just takes time for them develop, no matter how talented they are. There’s a physical maturity that needs to come, but I think even more than that is a level of experience — Jackson and Abogidi often look like they’re trying not to foul ... which, of course, is usually the best way to get a foul.

It would be great if the Pac-12 didn’t officiate games in the manner it does, if the refs would stop calling games so tight on the interior, but there’s really just no hope of that changing in any meaningful way. So WSU has to figure it out, somehow.

Up next: Stanford and Cal 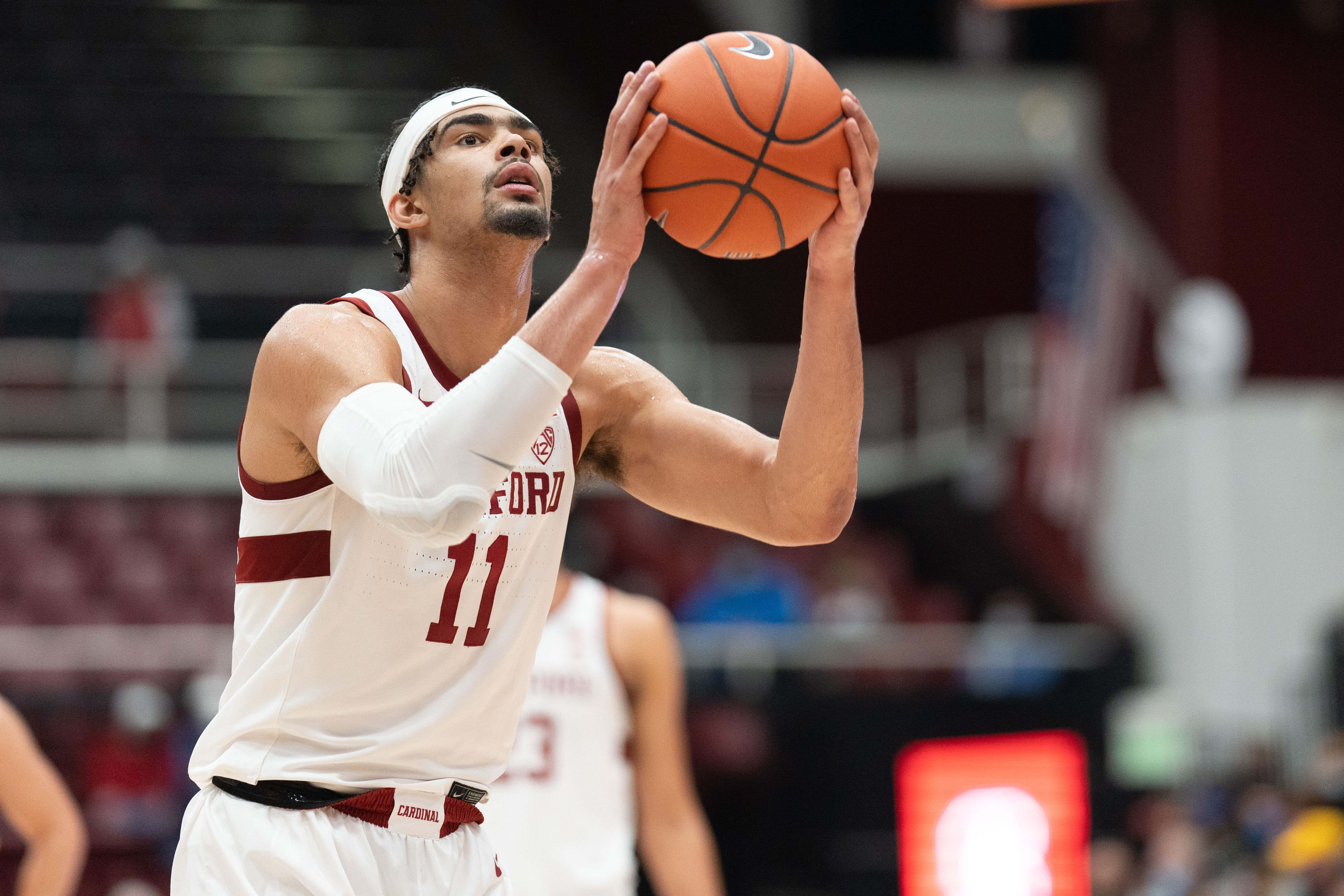 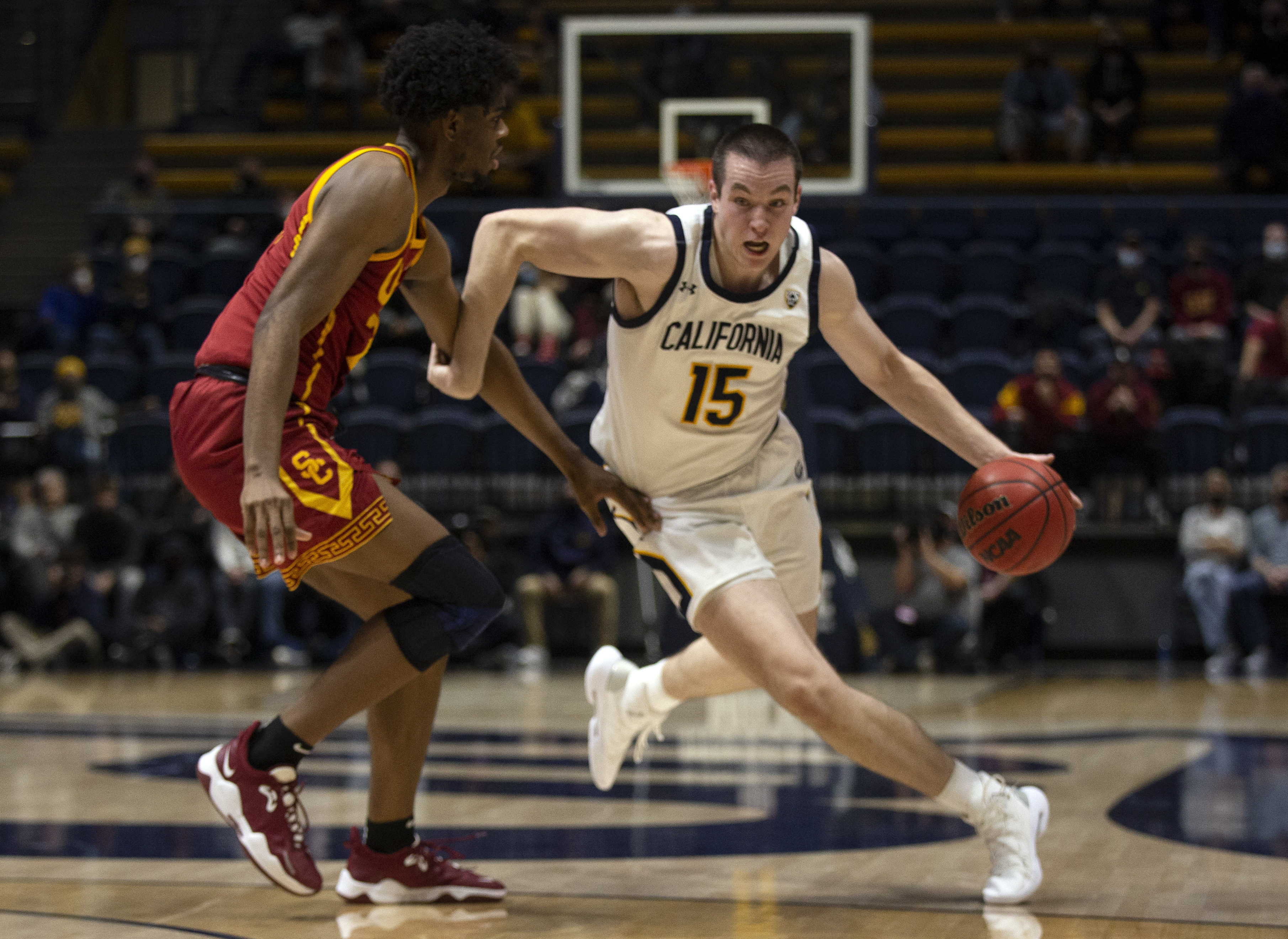 They are particularly poor at interior defense and will give up a ton of looks from 3. Given the way WSU competes on the glass, this one has a big offensive performance written on all over it for the Cougars.

Cal, meanwhile, will probably show us what the Cougs have learned from the preseason. The Golden Bears are 9-7 and ranked 103 by kenpom, but they are a veteran squad that plays sound, hard-nosed defense, and extremely patient offense — precisely the kind of team that frustrated WSU in the nonconference schedule.

Cal ranks 59th nationally in kenpom’s “experience” metric, which weights for the age and minutes played. Their offense is pretty poor, and they suppress overall possessions by playing exceptionally slow on that end; they rank 342nd nationally in average length of possession. It’s the kind of team that it seems like WSU’s defense — which, as we mentioned, is very very good — but they feature an elite post player in 6-9/255 Andre Kelly, who has hit 62% of 161 2-point attempts. Here’s to betting that the Cal game is the trickier and more competitive of the pair.

WSU tips off against Stanford on Thursday in a weird matinee — 2 p.m. PT from Beasley Coliseum on ESPNU. Then the Cougs host Cal on Saturday at 1 p.m. PT on Pac-12 Network.

Cougar Basketball owns the desert, for a weekend