Did the Stanford loss change WSU fans' opinions of the team?

It was a beatdown. Do you look at the team any differently now?

Share All sharing options for: Did the Stanford loss change WSU fans' opinions of the team?

About a week ago, in the wake of the Idaho blowout that improved the WSU Cougars to 3-1, we asked you if you thought the Cougs were a bowl team.

Fans are prone to optimism (as well as recency bias), so it wasn't a huge shock that out of the nearly 1,100 votes cast in the poll attached to the story, 82 percent said yes, the Cougs will pick up the three victories needed to go to a bowl game in their final eight contests.

Looking back at the Stanford loss 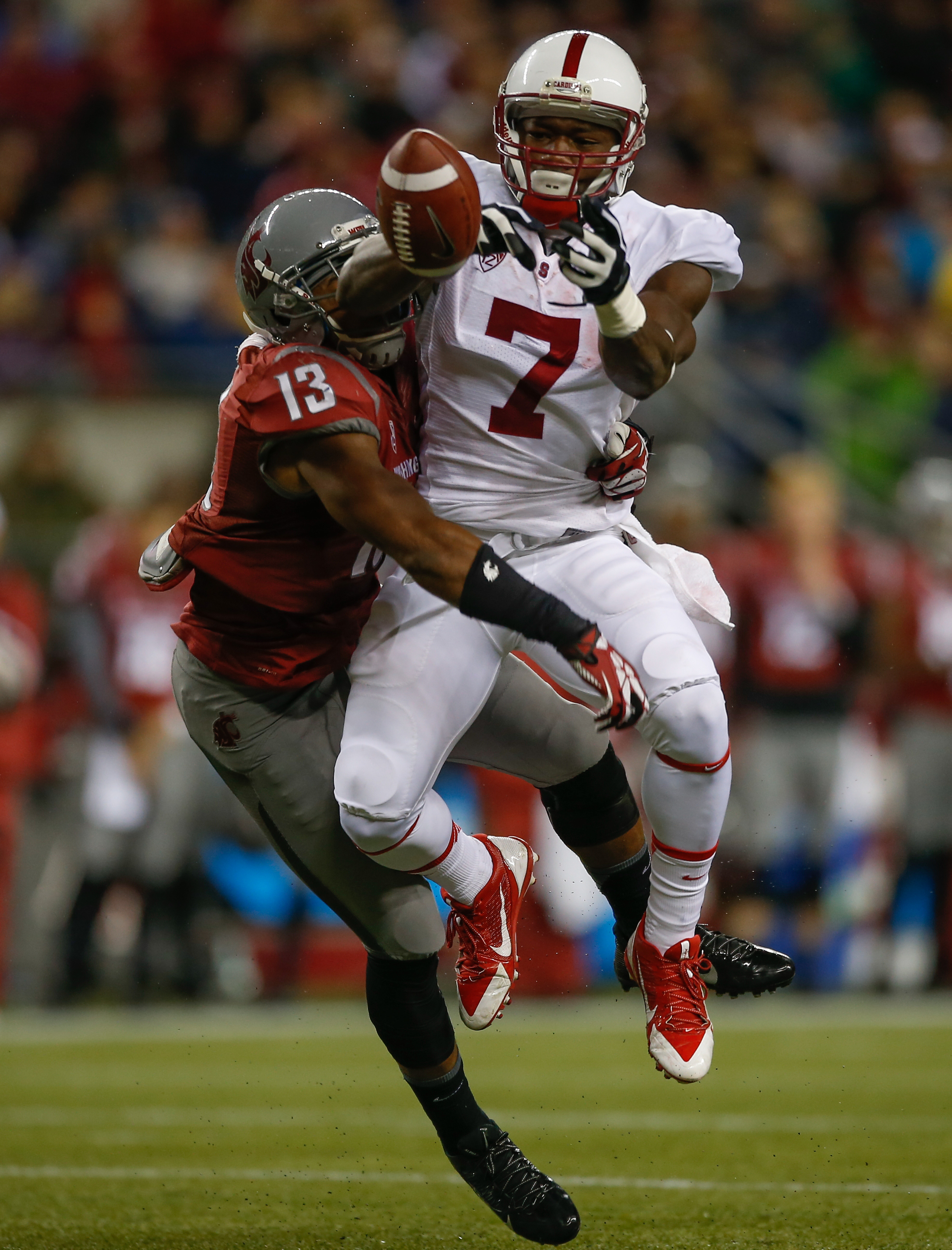 Each Monday, we look back at the big picture from Saturday's game. Was the loss to Stanford a step back? And which players impressed Saturday against the Cardinal?

Of course, that was before Saturday happened. WSU was thoroughly outclassed by Stanford, pretty much from start to finish -- an unexpected result given the form the Cougs had shown in the previous three weeks (all victories) and the closeness of the game against Stanford the year before (a seven-point Cardinal victory in Palo Alto).

I declared in my Monday look back at the game that it really didn't change my opinion of the team going forward, and I feel even more strongly about that after rewatching the game last night. The Cougs were right there with the Cardinal in most aspects of the game, and while you obviously can't take away big plays -- I mean, they happened -- it seemed pretty clear to me that the gap between these two teams probably isn't as big as the 38-point margin would suggest.

The defense made a number of plays, two of which I hope to break down in video form this week. The offense was moving the ball with some degree of effectiveness (even with some dropped passes) before some offensive linemen started to get badly beaten in their individual matchup. Right tackle Rico Forbes, in particular, struggled mightily with Stanford's speed, eventually getting benched after the series that ended with Trent Murphy's pick six of an attempted screen. (A play, by the way, that almost certainly would have gone for huge yardage had he not disrupted it with a superlative read.)

Of course, there's one caveat to all of this: The health of Connor Halliday. He still gives the Cougs the best chance to win, and if he's hurt and Austin Apodaca is the starter for any length of time, I figure there's probably one fewer win out there than whatever you or I predicted going forward.

How about you? Vote in the poll and discuss below.

On to the links!

There's a new writer covering the Cougs at the Spokesman Review. Although the byline is missing from this introductory blog post, his name is Jacob Thorpe, and I have a high degree of confidence that he's going to do a fine job. Just don't argue with him about your childhood experiences with Ken Griffey Jr.

I come bearing links - SportsLink - Spokesman.com - Oct. 1, 2013
Hello there, Coug fans! You may have noticed that at the top of the page it doesn't say, "Christian Caple." That's because I am not, in fact, Christian Caple. I'm his replacement, the guy who will take over his beat covering WSU football, basketball, etc.

First Look at Cougars game - Spokesman.com - Sept. 30, 2013
After a big setback on Saturday against Stanford, Washington State has a chance to demonstrate that the improvement shown in the first four games wasn’t just the result of cupcake opponents and uncharacteristically bad Auburn and USC teams.

Of course, Monday is press conference day. I didn't embed the video - you can click on the links if you're interested. Part of Mike Leach's news conference included a breakdown of Popcorn Guy. Nope, not making that up.

And some Cal links to get you ready.

Cal Football: Mailbag Monday – Chris McCain update, injuries, Goff vs. Kline, and more | Cal Bears Blog | an SFGate.com blog
Several of you sent in questions about Chris McCain. According to Cal head coach Sonny Dykes, there was an incident over the weekend, but it was several other incidents over the course of the last several months that led to McCain’s dismissal. "It wasn’t one thing, just kind of a series of things," Dykes said after Monday’s practice. Some of the "things" likely included McCain’s academic issues in the offseason that resulted in him temporarily losing his scholarship and a handful of scuffles involving him and other teammates during training camp practices.