Who knows the Golden Bears better than the fellas at CGB? Nobody, of course.

Share All sharing options for: WSU vs. Cal: Previewing the Golden Bears with California Golden Blogs

The WSU Cougars take on the California Golden Bears at 1 p.m. PT on Saturday in Berkeley, and for most Coug fans, this is seen as a near-must-win game if the team is going to advance to its first bowl game in 10 years.

It's an odd thing, to be thinking the Cougs "should" beat the Golden Bears, who have a lengthy winning streak against WSU. But Cal is suffering through some of the same growing pains under their first-year coach, Sonny Dykes, that WSU did a year ago in their transition to Mike Leach.

We think we know the Golden Bears aren't very good, but the early season schedule has been brutal for them. Are they as bad as we think? And who's going to play quarterback on Saturday? We get an inside look at that and more with the people who know Cal football best, LeonPowe and Kodiak from California Golden Blogs. 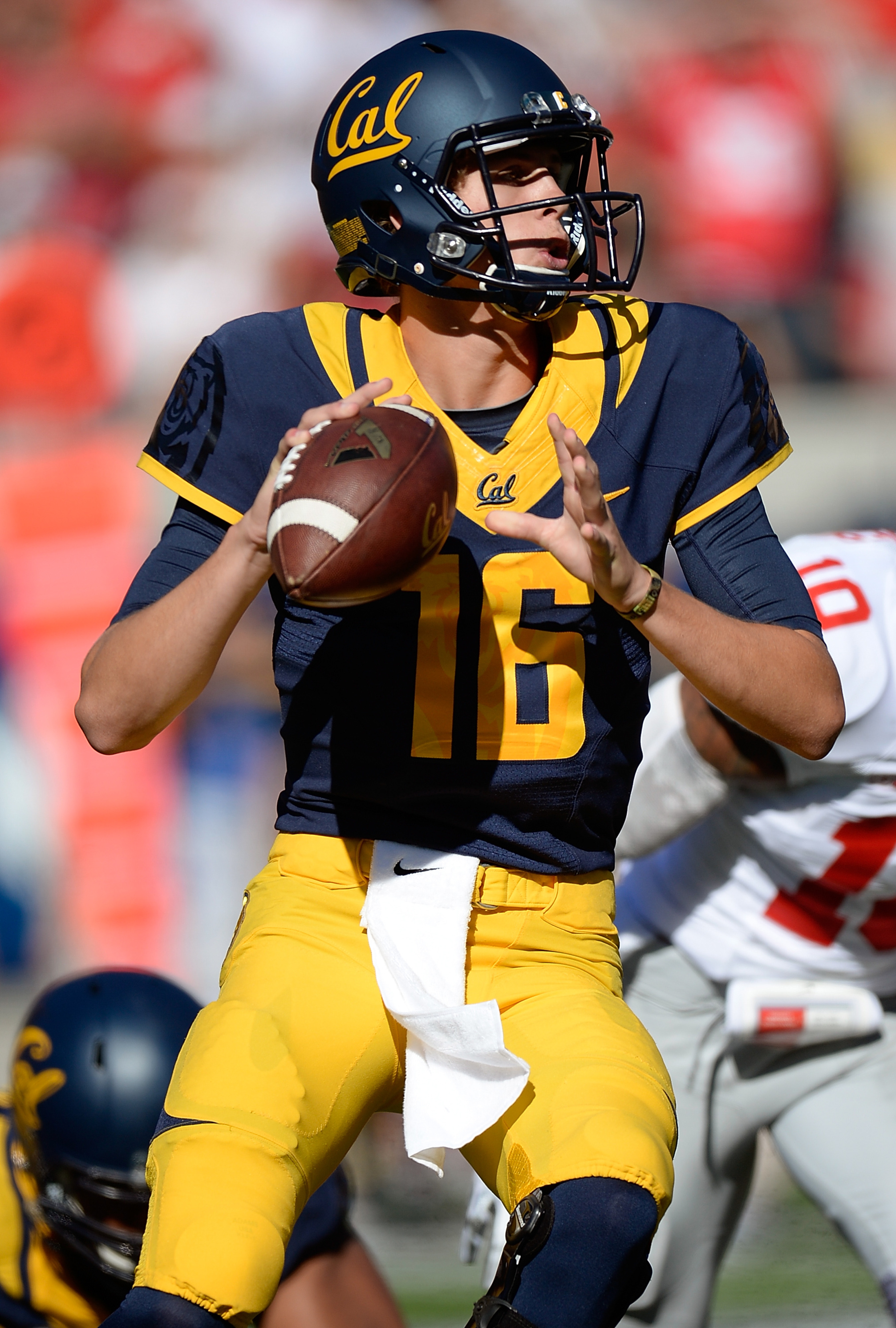 Of course, he didn't finish last week against Oregon.

CougCenter: Let's cut to the chase. Tell us what each quarterback brings to the table, and tell us which one gives Cal the best chance of beating WSU on Saturday.

Zach Kline: Big arm. An ability to not fumble the football in the rain against Oregon. Best high school pedigree on the Bears QB roster.

It's gotta be Goff. We're in the Bear Raid. I'm hoping Oregon was a blip on the radar, because I've gone all in on Goff even though I wanted Kline to be the man ever since he was first recruited.

Kodiak
Kline is a bit more mobile with the cannon arm. Goff is more accurate. You wouldn't know it from the turnover numbers this year, but Goff also tends to make better decisions (at least during camp) with regards to forcing the ball. They're both young and prone to make young QB mistakes. Personality-wise, Kline is more fiery while Goff is more cool...hard to say which is the better leader without being in the locker room. Goff gives us the best chance of winning. Expect to see him start and finish the game unless he really struggles.

CougCenter: How annoying is it that this game is being discussed in terms of "chance to beat WSU" given each program's recent history?

LeonPowe
Given the Bear's recent history, it's understandable. We haven't really been good since 2008, even when we were having a good record.

Our fumble on your goal line ('96) still haunts my dreams as does "The Curse of the Palouse." Then again, y'all lost to Brock Mansion and Zack Maynard. I feel residual shame just typing that.

Kodiak
Not very. Cal football has been pretty meh this past few years. Early-mid 2000s was a different story. And historically, Cal is good at being not very good, so it's not like we ever feel like we can take any other team at any other time for granted. Our fumble on your goal line ('96) still haunts my dreams as does "The Curse of the Palouse." Then again, y'all lost to Brock Mansion and Zack Maynard. I feel residual shame just typing that.

CougCenter: You happy with Sonny Dykes and the Bear Raid so far?

LeonPowe
I'm of the mindset that a coach needs three years for a full evaluation. I think he's said the right things and the Bear Raid has looked good in parts (except the actual scoring). Unlike a lot of reactionary fans, I'm going to try to take a long view on this. It has been a very rough start, but maybe our fanbase needs a reminder that not everything starts off like Tedford did. Some parts have looked execrably bad. Some have looked meh. Some have looked decent. Some have looked great. Right now the execrable has outweighed the great - but I don't think a football team's improvement is a smooth curve, so I'd like to evaluate based on at least season's worth of data.

Kodiak
Yes. We're already getting better QB play and offensive production than we've seen in years. With a true frosh QB and a very young o-line, that's actually better than expected. When the guys get more experienced, we're going to see better execution as well as more of the playbook.

LeonPowe
Ignoring what I've written above, it's not happening right now on this side of the ball. Yes, we're thin. Yes, we're injured. Yes, we just threw our best player off the team. But we haven't seen improvement from week to week - at least not big steps. And you'd like to. I've written this before though - our season really starts this week. If we don't start to look improved from week to week here on out, then it might be time at the end of this season to evaluate Buh's job status.

Kodiak
Not happy. Plenty of rational excuses as to why this unit is struggling. Mostly injuries/depth issues and being forced to play young/inexperienced players. But even if I understand why we're seeing bad defense, it doesn't mean I'm okay with it.

I'm not in the "Fire him mid-season" camp. But, I expect to see improvement throughout the year. If we're still making basic assignment errors at the end of the season, then that's on the coaching.

CougCenter: WSU has struggled protecting the passer against athletic defensive fronts. Does Cal have the personnel to exploit this?

LeonPowe
We did. And then some stuff happened and he got thrown off the team. 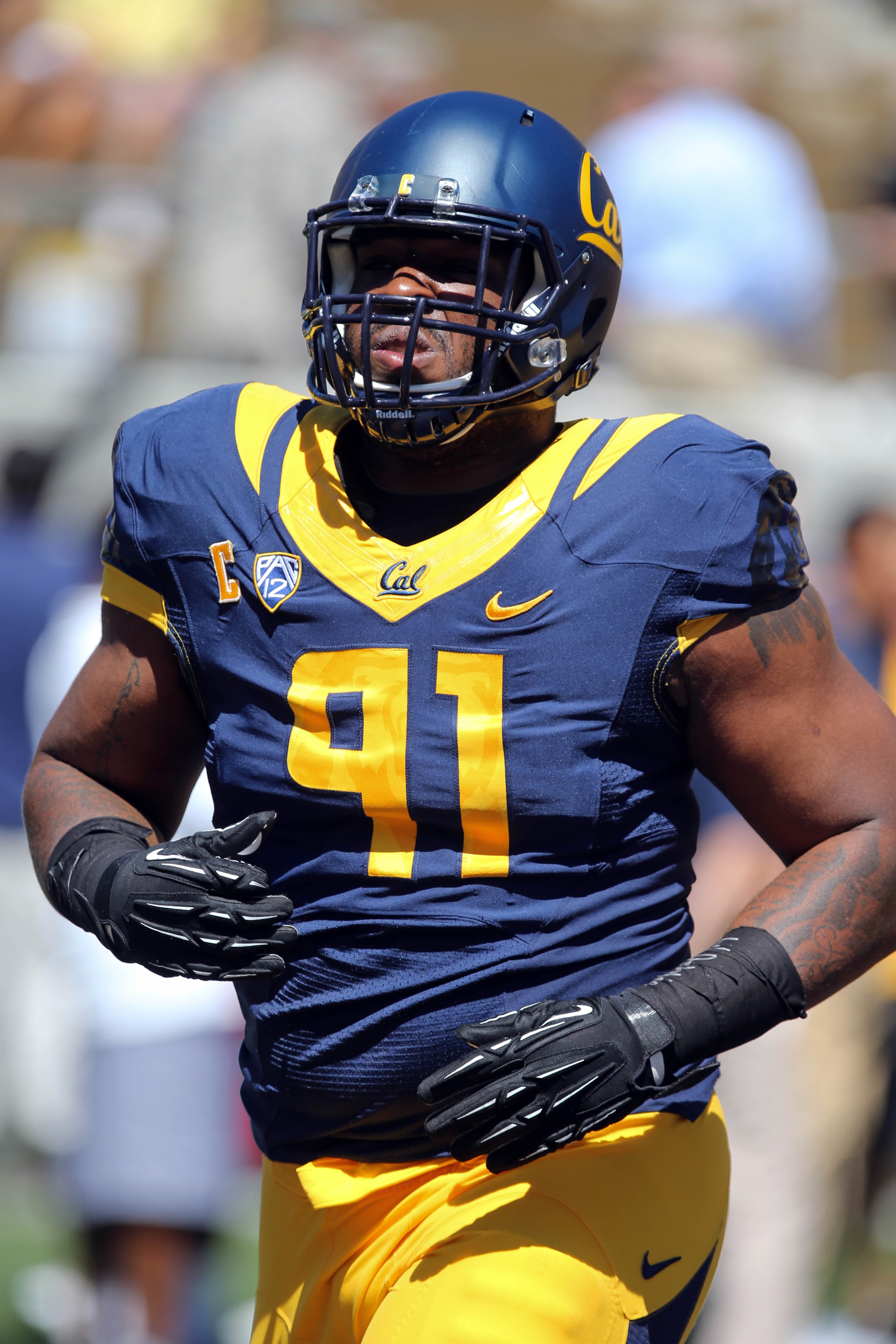 Deandre Coleman could give the Cougs some trouble up front.

Kodiak
On paper, yes. But it's starting to becoming clear that our touted defensive recruits over the past few years aren't what we hoped they would be. Our tackles, Moala and Coleman, can be disruptive. But we don't see that consistently. We're really weak at end. Right now, we're starting a walk-on converted linebacker on one side and an undersized JC transfer on the other. Oh, and we just kicked our most athletic lineman off the team.

CougCenter: There was this narrative going around that Cal still had a lot of talent, it's just that the team needed a new voice at the top. The results this year suggest that perhaps the talent level isn't what everyone assumed it was. Fair assessment?

LeonPowe
One of the more shocking things I saw this week was a list of the 2010 recruiting class, headlined by Keenan Allen and Chris Martin (whoops).

Asdie from Keenan Allen, who lived up to his recruiting, there's a whole lot of nothing, and in fact some negatives from this class. Chris Martin never enrolled (and has bounced to what, 4 different schools now?), Chris McCain played well, but was suspended from the team twice, this time for good maybe? Half these guys never made an impact at all, while Gabe King, Nick Forbes, and the offensive linemen can still have productive careers - this was an entire waste. And that really kills one's depth chart to miss on an entire recruiting class.

Kodiak
That's fair, especially with regards to our defense. (Looking at you, d-line.) However, I think that the relative youth is a mitigating factor here as well as new systems on both sides. It might be a little too early to pass judgement.

CougCenter: Who is one player on offense who could change the outcome of the game by himself?

LeonPowe
If we could find the 2012 Ohio State Brendon Bigelow it'd be him. But he's been missing, maybe gone via the surgeon's knife. So instead, I'm going to say it's Goff.

Kodiak
Daniel Lasco. He's been under the radar, but is actually been our best tailback. If he can stop us from being one-dimensional, it'll take a lot of pressure off of Goff.

CougCenter: Who on defense is most ready to completely disrupt WSU?

Kodiak
At corner, Kam Jackson has been our most consistent player. He hadn't allowed a completion before getting taken out by a dirty, albeit legal, block against Oregon. Defensive tackle Deandre Coleman is the guy we need blowing up the pocket and forcing your QB into bad decisions. 'Been waiting for that the past two years.

CougCenter: Whom do you want to punch in the face?

LeonPowe
Jim Harbaugh, but he'd probably like it, so Brevin Knight.