The Cougars gained bowl eligibility with their win over Utah on Saturday, but that doesn't mean there won't be a lot to play for in a game that's scheduled to kickoff at 12:30 p.m. on Black Friday.

Share All sharing options for: Apple Cup 2013: WSU and UW will have much on the line

When the Apple Cup kicks off in Seattle at its scheduled 12:30 p.m. on Black Friday, it'll be the first time since 2002 that both Washington State and Washington take the field with winning records.

And while that means both teams are already bowl eligible, there's still plenty to play for besides the usual pride that will be on the line. 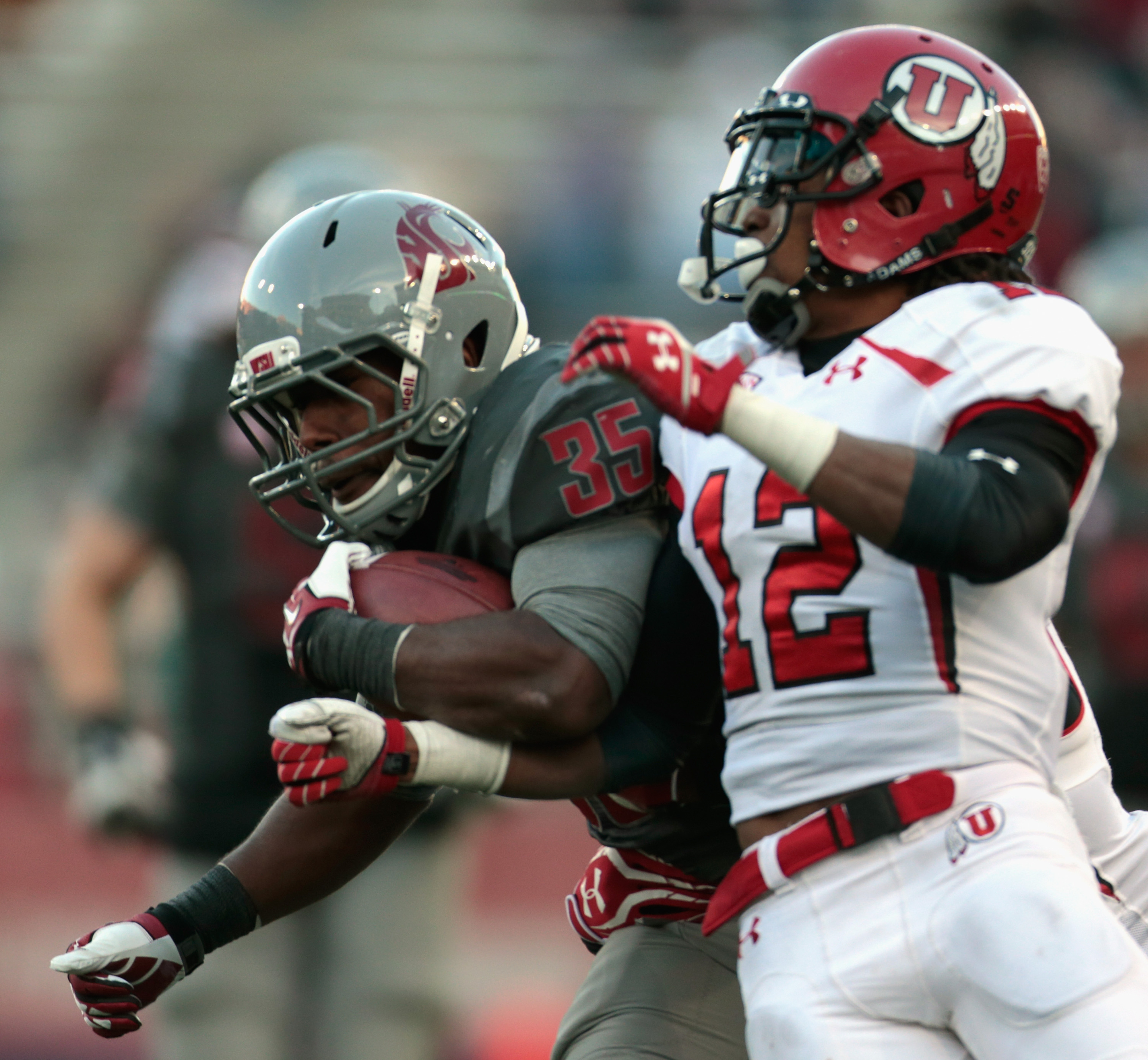 The Pac-12 is as deep as it's been in years, and while that's great for national reputation, it's not so good for finding neat and tidy ways to get its teams into bowl games. The conference has but seven bowl tie-ins for its 12 teams, and the Cougars' win on Saturday ensured that the conference will have nine bowl eligible teams this season.

A win for the Cougars would get them to seven wins for the first time since 2003 and would seem to assure them of a bowl invitation, even though it would mean that the Pac-12 would have eight teams with seven victories.

Given how WSU has historically traveled for bowls and the general excitement of the fanbase about getting to a bowl for the first time since the Holiday Bowl a decade ago, it's hard to imagine one of the conference's lower-tier bowls passing on WSU to take a team such as Arizona or Oregon State -- or perhaps even Washington, whose fans surely won't be happy to travel to another a lower-tier bowl.

And that's what's in play for Washington. If they Huskies can win out (this was written before kickoff against Oregon State), they'll get to eight wins, opening up the possibility of lobbying for one of the better bowls. It'll be tough to sell a bowl committee on Washington ahead of any of Oregon, Stanford, ASU, UCLA or USC, but the possibility is at least there with a victory.

And if the Huskies lose to Oregon State tonight, it's a chance to get to seven wins which would hopefully secure one of the conference's bowl tie-ins.