The Cougar coaching staff spent some time in the woods to get away from it all for some bonding activities.

Share All sharing options for: Mike Leach and the WSU coaching staff retreat to the Great Outdoors

It was the third day of the Washington State football staff getaway, and it had been the most successful one yet. The coaches had banded together to catch more than enough food in the nearby river for the night's feast, with one fish in particular carrying the weight:

The WSU Fishing Crew did ok today! 9.5 foot sturgeon that weighed around 500 lbs! 1 of 2 they caught! #GoCougs pic.twitter.com/rnpFcnffr0

It had been three days of fun, laughing, and bonding for the coaching staff. But for David, there was still something missing. It wasn't just that getting the proper bathroom time to take care of his beautiful mane of hair was nearly impossible in a cabin full of grown men, he just didn't feel the close connection with his coworkers and Washington State University that those around him were not shy about expressing.

As the group victoriously marched back to the cabin with their day's work in tow, Mike slapped David on the back and flashed him a big smile. David pulled it together to feign a half-assed grin back, but he sensed that his boss knew something was awry.

The rest of the night was full of fish, beverages, and boisterous conversation. That was until Mike perked up and glanced towards the window.

"Did you guys hear that?" he asked. He received nothing but head shakes and curious looks in response. "Come with me, Joe. Let's go find out what that sound was."

The rest of the staff went back to what they were doing and no one seemed to notice as Mike and Joe were gone for nearly an hour. No one except David, but even he could not anticipate what was about to happen.

Chaos reigned as the group of football-hardened men scrambled around the cabin screaming their heads off like the little girls they've so often made reference too when deriding their charges on the field. Many were wondering what had ever brought them to this moment, how they could have put themselves in harms way.

Others gathered around the heroes to shower them with hugs and praise. Just seconds earlier they thought of only their families, of the places they had yet to visit, and the Old European item menus they still haven't tried with Peri Peri Sauce.

David stayed back and watched the events in front of him. He glanced over at Mike, who sent a subtle wink his way. 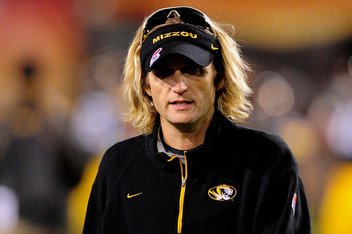 "He couldn't have," David thought to himself, shaking off what seemed like a ridiculous notion. Then he had a different thought as he ran a hand through his golden locks.

While his peers were riding an emotional high, David felt as calm and content as ever. It was now that he knew his decision to join Mike in Pullman was fully validated. This was the type of place he wanted to be and the type of guy he wanted to work with.

Thanks to @WazzuCrew11 for another spectacular WSU football gif. He is the wind beneath our wings.