Get to know NT Robert Barber

Everyone should know future Heisman Trophy winner Robert Barber, but if you don't, this post is for you.

Share All sharing options for: Get to know NT Robert Barber

When Nike started its "we are all witnesses" campaign it may have looked like a way to promote LeBron James. In reality, James was just test subject as Nike prepared the campaign for the start of Robert Barber's WSU career.

If you are new to CougCenter you may not know the living legend that is Robert Barber. Part Chuck Norris, part J.J. Watt and part D.B. Cooper, Barber has become a meme around these parts without playing a meaningful snap in his career.

How did it happen and who is Robert Barber? Let's find out.

The legend of Robert Barber began shortly after he committed. There was very little video or information on him when he committed and based on the video there was, Barber appeared to be a significant project. Kyle didn't make everything seem like it was sunshine, lollipops and rainbows in his evaluation, which led to a lengthy discussion about sleepers, under the radar prospects and every player being a great pickup just because they were now a Coug.

The longer that conversation went on, the more hyperbolic it became. Comments like this one only added to the growing legend.

Those Samoan kids are known for their size and strength, and Barber was tossing around many of them close to the same size as him, with what looked to be not a whole lot of effort.

I just think that with a kid with Barber's size and strength, and limited football experience. He has a lot more upside than a lot of other kids out there. He isn't starting at quite as high of a base, but there is definitely the room for him to learn.

He's a kid with power and size, and is being brought in to play a position demanding power and size. If we can teach him to shed some blocks, and harass some quarterbacks, he could be very good.

If we could determine all of that from two minutes of limited highlights, then imagine what Barber could do with some college coaching! He would obviously become the greatest player in history! And thus the meme of Robert Barber, future four-time Heisman Trophy winner was born. The meme even reached the ESPN Pac-12 blog where Ted Miller made -- what I assume was -- a tongue in cheek comment about Barber in his 2012 position previews.

Washington State: Anthony Laurenzi is solid at nose tackle in the Cougars new 3-4, and hopes are high for incoming freshman Robert Barber. The Cougs, by the way, were fairly solid against the run last year, ranking seventh in the conference. 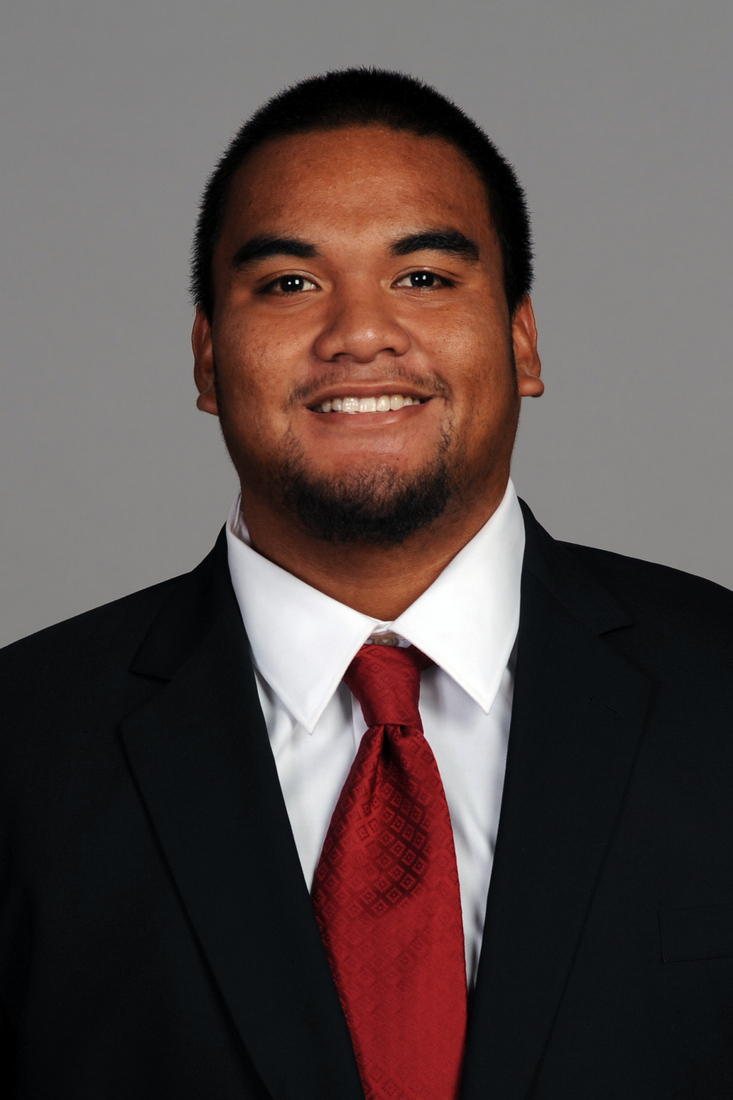 Due to the sheer absurdity of his growing legend, there was actual intrigue to see how Barber would perform during his freshman season. That was dashed quickly as Barber was injured early in fall camp and went on to miss the entire season. If asked, Mike Leach would have likely said Barber was happy and doing a great job, but based on the crutches and giant knee brace he sported during the rest of fall camp, there is a fairly good chance Barber suffered an ACL, MCL, PCL or meniscus injury.

That isn't the only theory:

He's being held out because his mere presence causes injuries.

Roughly a year and a half after he committed, we still don't know much about Barber. He's coming off an injury and missed spring football. His impact in 2013 will first depend on his health and how recovered he is from last year's knee injury. WSU isn't exactly loaded with depth at nose tackle, so if healthy, Barber should at least be in the mix next season. Former offensive linemen Moritz Christ was listed as the backup nose tackle on the spring roster. Barber has a legitimate shot to work his way into the rotation.

The meme is fun and all, but if Barber does see the field, I wouldn't expect much. He's still extremely raw and isn't your typical redshirt in the fact he didn't practice at all last season. He has some size and could be a decent rotational player next year, but if he's going to have a significant impact it will still likely be down the road. Destiny Vaeao had a moment or two as a situational player last year and I'd expect similar production from Barber this season.

The best of the Robert Barber meme

It's been a fun year, here are some of the highlights.

Unless by "promising future" you mean four-straight Heisman trophies.

and speed, he could be an All American @safety

How can he when Robert Barber is playing all 11 defensive positions?

This is all pretty much a moot point.

Well if Barber is returning kicks

There is no way Vaeao starts.

Because Robert Barber will be starting at every position.

Need to pull it out of the water and hold it at arms length directly towards the camera as well.

They would have had to bring Robert Barber along if they wanted to to that.

Only one correction: it's "Future Heisman Trophy winner Robert Lewis"

How is Lewis going to win a Heisman if Robert Barber wins the next four?

Mark, you need to come to the reality that....

when Robert Barber walks off the stage in New York this year, he will be heading straight to the NFL.

And draft Barber after two years. Thus it will be known as the "Barber rule", and will only be used once.

Use the @ symbol on either side of your sentence for a sarcasm font.

Or Robert Barber will crush you like a grape.

And if Hercules had played football, "The Heisman" would be called "The Hercules".