33 days to football: What is your favorite uniform combination?

Uniforms are a surprisingly hot topic, which we will dive into today.

Share All sharing options for: 33 days to football: What is your favorite uniform combination?

WSU may not be on Oregon's level when it comes to uniforms, but the Cougars do have a number of options with their current uniform lineup. Multiple jerseys, helmets and pants make for a wide variety of uniform combination possibilities.

The Cougars have worn the latest version of their uniforms for two seasons and I think have run through nearly every combination possible, excluding the mysterious ghost helmet. Having seen them all, or nearly all, which combinations are your favorite?

For my picks, you only have to go back to the two most recent Apple Cups. My favorite home combination is the gray-crimson-gray combination WSU wore this last Apple Cup. 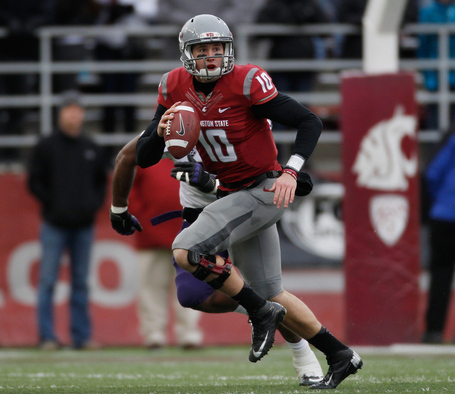 When it comes to the road uniforms the gray-white-gray WSU wore in the 2011 Apple Cup is by far my favorite combination. 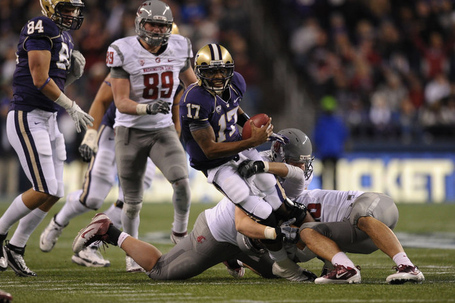 That isn't to say those are the only two combinations I like. I tend to think all of the combos look fine except for maybe the all gray, which I'm on the fence about. I like it a lot better when at least element is the anthracite.

What would you pick as your favorite combination(s)? Or maybe you hate the current jerseys and have an older favorite.