The Cougs will hold their first practice today at 2:40 p.m. PT, and we're all fired up again. Because darnit, we just can't help ourselves.

There are only two sports seasons in America anymore:

With the opening of fall camp for WSU football today, we have finally hit the stretch run on the second, as the first is now less than a month away. And it comes not a moment too soon: April through July are the most insufferable months of the year.

(Some of you reading this might even expand that statement to read December through July, given the recent state of our basketball program.)

We'll do all sorts of things to keep ourselves entertained during WFFS. Many of us slide into the daily routine of following our favorite baseball team to get our sports fix, while others of us in the Northwest -- like myself -- shift our attention to soccer because OH MY WORD THE MARINERS. But, in general, those are just cheap imitations; even the Seattle sports radio station that carries the Mariners spends most of baseball season talking about the Seahawks, having filled one vacancy in the morning by pairing a former Seattle Times Seahawks beat writer with a former Seahawks player while filling another vacancy with another former Seahawks player.

Football is king in this country. And at 2:40 p.m. PT today, when fall camp opens for WSU in Lewiston, football will once again begin its ascension to its rightful place on the throne of our sports kingdom. 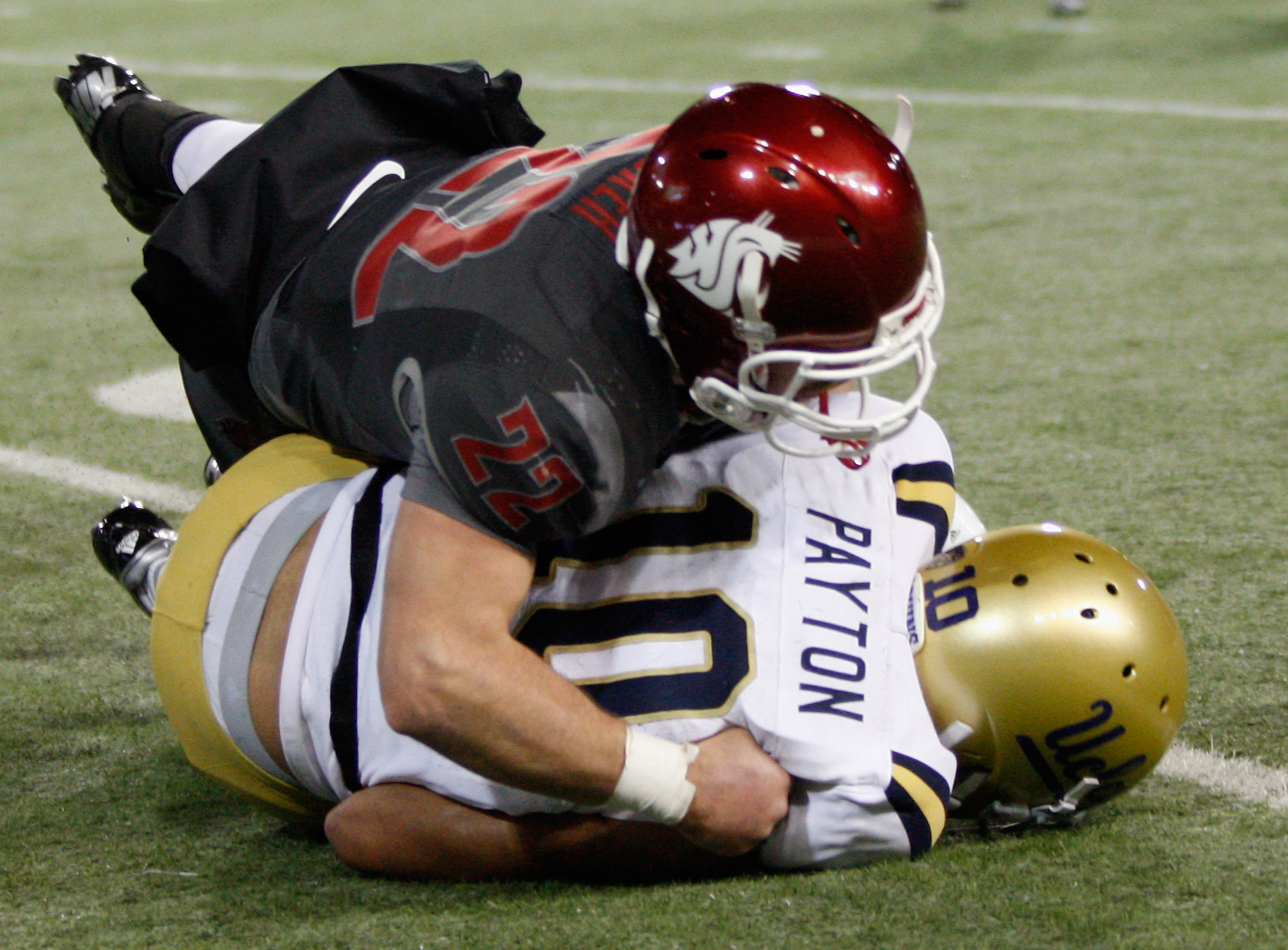 We've absolutely got you covered when it comes to kicking off our fall camp coverage. Stories hitting the site throughout the day will include: How to interpret fall camp coachspeak; a look at the top position battles in camp on defense and offense (11 a.m.); which newcomers we expect to have the greatest impact (1 p.m.); and -- because it's such a special day, worthy of celebration -- we'll be kicking off a live chat with the site's authors at noon that will coincide with a story on what constitutes a successful 2013 season for WSU. We'll then carry the live chat through the next few hours and into the first practice.

It truly is amazing, the allure of this sport. Consider, for a moment, everything we Coug fans have been through over the past five years. The embarrassing defeats. The too few wins. The build up that came from hiring Mike Leach, followed by the crash back down to the reality of a roster that just doesn't have enough talent.

It's enough to make a mere mortal fan quit.

But not us. Nope. We're just not cut from that same cloth. We'll say we don't care. We'll say we're just sick of it, and we're not coming back until the program shows us some results and starts winning some games again.

You know how I know? Because when we started cranking out football stories again about a month ago, our traffic went back through the roof. Y'all can say whatever you want, but we know the truth: Even Cougar football fans can't get away the anticipation that comes from knowing that WFFS is coming to an end.

And why shouldn't we get excited? We can talk ourselves into practically anything this time of year, and I'm certainly not going to be the one to sit here in smug self righteousness to tell you that you shouldn't. I'm not convinced it will be good for your health to hold your breath for an unexpected Pac-12 North championship this year, but if that's what turns your crank today, by all means, dream away!

Today, I -- of all people -- am able to put my skepticism aside.

Perhaps today is the first day toward Connor Halliday's breakthrough season as quarterback, where he's learned to quickly read a defense and get the ball to the proper place on the field, numbing the defense like shots of Novocaine until BOOM! he goes over the top to Dominique Williams or Gabe Marks or Vince Mayle or any one of the other big-time playmakers the Cougs have running around to catch the ball.

Perhaps today is the first day toward the offensive line forming the kind of cohesiveness necessary to be a productive unit this year. They have the experience; maybe all they need to do is start trusting each other and the rest finally takes care of itself.

Perhaps today is the first day toward Mike Breske's defense transforming itself from merely OK to pretty damn good, becoming a swarming mass of humanity that takes extreme pleasure in burying unsuspecting quarterbacks and ball carriers.

Perhaps today is the day that seeds are planted to get this team six wins and back to a bowl game for the first time in a decade.

Don't you dare come at me with your "realistic" expectations today, like that silly reporter who asked Mike Leach yesterday, "Is it possible that you could be better this year without winning more games?"

"Well," Leach said with a hint of exasperation, "I'm just worried about being the best team we can everyday and improving everyday."

Today is a day for dreaming -- for embracing everything that could be possible over the next four months. I invite you to join me in the celebration.

Because July is finally over.