Let's get to know the WSU defensive lineman.

Share All sharing options for: Five things to know about Lyman Faoliu

With the season quickly approaching we're running through the roster to get to know the 2014 Cougar football team a little better. We'll do it by learning -- or remembering -- five things about each player. 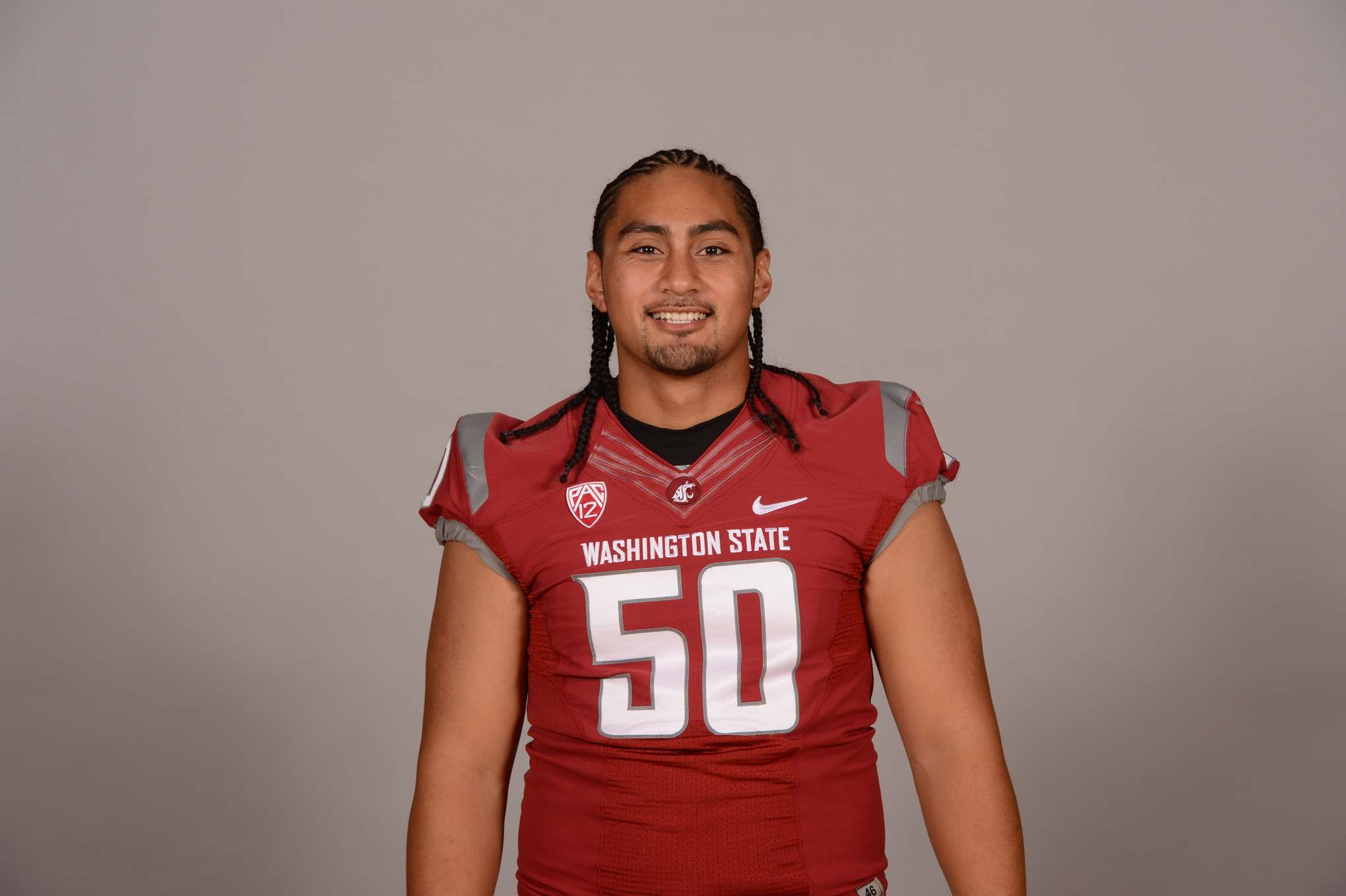 1. JC KID: Faoliu transferred to WSU before last season from the College of San Mateo, where he was a consensus three-star recruit after being named All NorCal Conference following a 46-tackle, 3.5-sack campaign.

2. QUIET FIRST YEAR: Although he enrolled in time for 2013 spring practices, Faoliu didn't have much of an impact last season, playing in all 13 games but recording just six tackles in a primarily special teams role. He had no sacks or tackles for loss. His only multiple-tackle game came against Idaho, where he registered two.

3. IN LINE FOR MORE TIME? Faoliu was listed as Destiny Vaeao's backup at defensive end heading into the spring. This would seem to indicate that he'll be a big part of the defensive line rotation, but he managed to go through all of spring workouts without one mention in a Jacob Thorpe report. He had one tackle in the spring game. This might not inspire confidence. That said, things still can change -- heck, the current starting defensive end (Vaeao) ended up being the starting Buck linebacker for the first half of last season.

4. DANCER! Sort of - Faoliu used to like to lead his San Mateo teammates in a rendition of the haka.

5. CROWDED HOUSE: He apparently recently has moved into a house with some similarly large men of Polynesian descent, most of whom I assume also are football players. I'm sure someone out there can help us match names with faces, but my goodness -- that better be one big house with some reinforced floors.