What a difference a day makes. After being thoroughly dominated on Sunday, the defense came out hungry and owned the first practice with shoulder pads.

FROM LEWISTON -- A new sound penetrated the high, dry air of the Lewis and Clark Valley on Monday as WSU football players put on shoulder pads for the first time of the fall camp. The extra physicality allowed with shoulder pads seemed to benefit the defense the most as they shut down the offense through most of the 11-on-11. Here are some notes from Day 3.

Some of the drills in practice reflected the increased protection on the players. The defensive line participated in a drill where players would back up about five or six feet from a sled and repeatedly charge at it in full force until a coach blew a whistle. Once a lineman got going you could hear a rapid succession of thuds that echoed across the field.

Why? To stay in front of the competition. The assistants got raises, too.

Cougs get an unexpected addition to 2014 team

Jeff Farrar, a three-star cornerback from Upland, California, is coming to WSU instead of heading to Virginia.

Y oh Y - River Cracraft stands atop the depth chart as the Y receiver on WSU's offense. Robert Lewis has also been getting a lot of reps at the Y and Keith Harrington even worked in with the ones and twos today. I have an update written about how good Lewis has looked so far on the tip of my fingers, but I am going to hold off on that one. For now, I'll just say I like what I see from him and I'm pretty sure he is going to get some reps of the field.

Cracraft has a year under him and that can only mean good things for the WSU offensive attack. "I know the offense better. I’m understanding the offense and I know what everybody else is doing now so that makes it easier for me to run my route the correct way. Last year they drew it up and I’d run it like that, so now I’m understanding the offense it makes it much easier," said Cracraft when asked on the difference between where he is now from a year ago. I think a lot of people discount how strong and physical Cracraft is because he isn't extremely tall at an even six feet. His conditioning looks excellent right now as he sits at a very lean 199 pounds.

Boys will be boys - The combination of intense competition and intense heat showed a little more with some scuffles between wide receivers and defense backs. Vince Mayle caught a pass over Sebastian LaRue in the 1-on-1 segment. He then turned around and threw the ball pretty hard off of LaRue's chest. The two went face-to-face for a moment but quickly separated. The bigger scuffle occurred during the 11-on-11 between Gabe Marks and Daquawn Brown on play that went to Marks towards the sidelines. It took several players to pull the two apart before play was quickly resumed.

Pole was quick to point out after practice that fighting isn't an indicator of problems with the team. "Fighting is just part of being competitive. If you see us fighting out there, it's because we're trying to compete. We don't accept losing. When you don't accept losing, you're going to start fighting because I'm not going to accept being beat by nobody," said Pole. 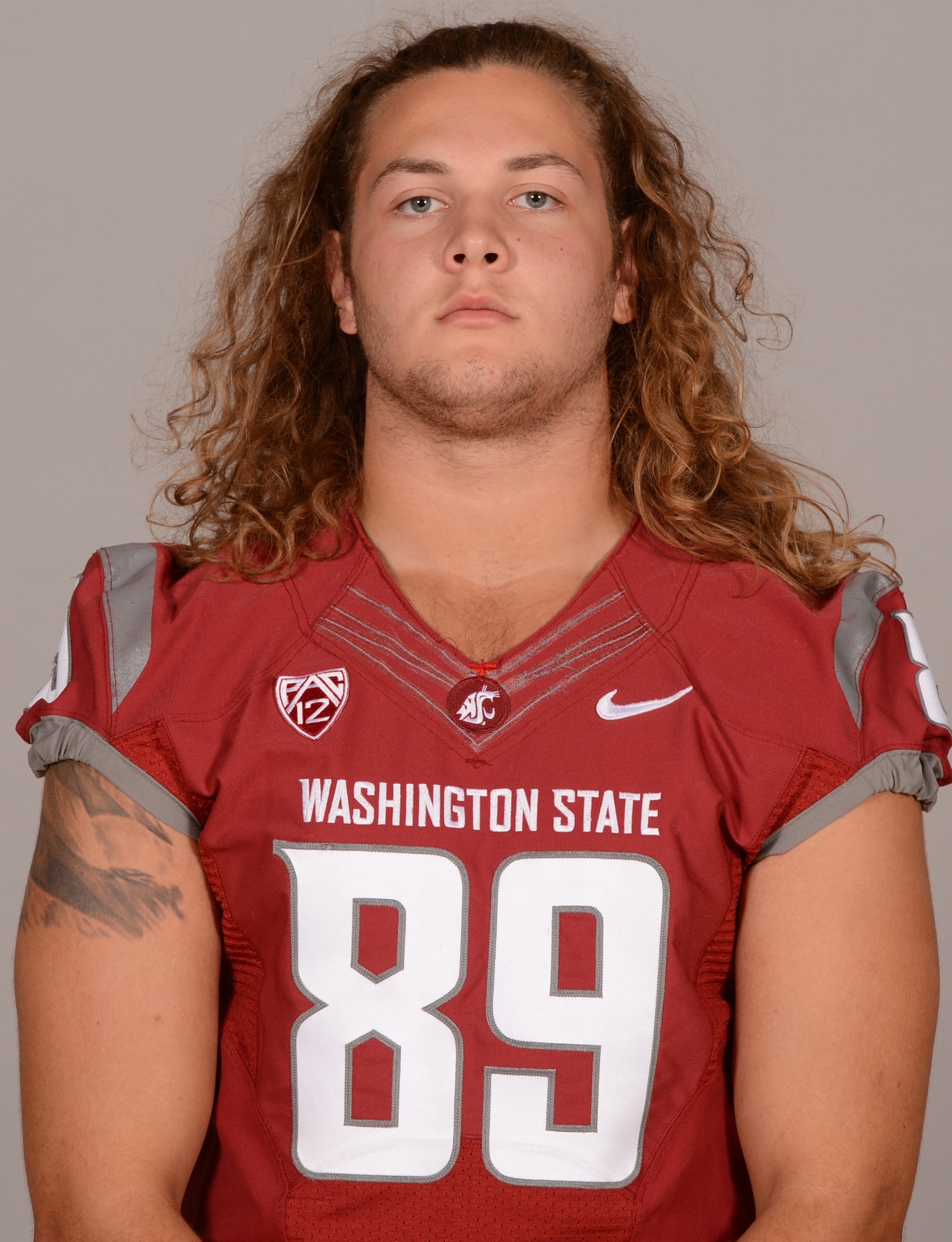 McGuire speaks up on the line - Clay McGuire took a few minutes to speak to reporters about the offensive line after practice. The look on McGuire's face was somewhat exasperated after the rough 11-on-11 the OLs had just completed minutes before. As McGuire spoke, the OLs could be spotted in the corner doing a lot of ups-and-downs.

Despite his unit's struggles, McGuire was also quick to give credit to where credit was due - the defensive line. "We're going against really high quality defensive lineman every day in practice, so if we can compete at their level and block those guys we should be able to play," said McGuire.

Still, McGuire felt the practice was an overall setback for the offensive linemen, "We're young right now. I think we played a little bit better in the spring than we are right now."

From the spring game until the third fall practice, Sam Flor has been getting the majority of reps at the center position leading many to assume that job was his over Riley Sorenson. But McGuire says that it's "pretty even right now." Flor and Sorensen are looking to take over for Elliot Bosch who was really the anchor of the WSU offensive line last year.

Right tackle is the other spot where WSU was left with a void to fill after the departure of John Fullington. Cole Madison seems to have a lock on that position right now, one he earned by making himself physically bigger last year. "Cole is pretty physically gifted. Coming out of high school we knew he was a great athlete. I didn't think that he would be able to put on the weight and the strength this fast. He really put it on by spring ball and had a great summer," said McGuire.

McGuire said that he has been really impressed by the work that Andre Dillard has put in for the first few days of camp and feels that he could be on a similar trajectory to Madison. "Andre Dillard comes out here and competes hard. Really gives good effort and plays with pretty good technique right now. He could be on a Cole Madison plan. If he can put the weight on and change his body, he could have a chance to start. We'll probably redshirt him because of his size now.  But if he can put on the weight and size, he can play," said McGuire of the 6'5, 245 pounds. true freshman from Woodinville. Dillard would actually have a longer way to go than Madison who came in at around 265 pounds last season.

Defensive domination - Defense was the story in every way today. Even during one-on-one drills and the seven-on-seven skeletons, the defensive backs looked much better. Both Tracy Clark and Taylor Taliulu made some nice plays on the ball in both those drills. When it came to the 11-on-11 the defensive line had their way pretty much the entire time even bringing Joe Salave'a off the sideline a few times for a chest bump with one of the players.

Keeping score - In Day 2's notes, I talked about how competitive practices are. One thing that keeps them competitive is that score is kept in about every drill the offense and defense are together with up-and-downs being assigned to the loser. Keeping with the spirit, we'll keep a running count of who wins each day. So far, the defense holds a 2-1 advantage over the offense.