These numbers were fun last week, they are not as fun this week.

Growing up, my grandfather taught me one very important lesson. He said when you get older and your college football team plays like garbage, the best way to get over it is to tediously chart the game.

Actually, I think the only lesson my grandfather taught me growing up was to not walk on the carpet with shoes on or my grandmother would make sure I didn't see my sixth birthday.

Regardless, here we are coming off another poor performance which I recovered from by tracking the Washington State passing attack. The numbers are not nearly as fun as last week. If you have any questions, here is a bit of a primer of what you are looking at. As always, feel free to ask any questions or make data requests which I may or may not be able to fulfill.

Let's start with the good news. The outside receivers -- led by Vince Mayle and Isiah Myers -- continue to produce. Mayle once again fared well in yards per target and yards per route. The X receiver spot of Mayle and Dom Williams tuned in a solid game.

I'll admit I was completely wrong about Myers. When he first arrived, I wasn't sure he was much more than depth chart fodder. The type of player who plays some, but eventually gets passed by younger players and either transfers, or spends his final few years as a minimal contributor. He never fared well in YPT and I didn't ever see that changing. It's still early, but it appears I was very wrong. Myers was great once again, this time playing considerably more snaps. Kristoff Williams played his final snap late in the first quarter. Myers and his unorthodox, awkwardly athletic style more than filled the void. He reminds me a little of former Bills, current 49ers WR Stevie Johnson. He isn't necessarily smooth, but he's more than getting it done. Of his 102 receiving yards, 51 came after the catch. It wasn't just on one play either. He turned three screens into gains of 9, 14 and 15 yards. There is a reason Gabe Marks is redshirting.

WSU was without River Cracraft, but Robert Lewis did an admirable job filling in. He played just four snaps against Rutgers and wasn't targeted. He played 66 snaps against Nevada -- the most of any WR -- and hauled in eight of 11 targets for a YPT average of 7.36. Not bad at all.

It's all looking so good, then we get to the H receiver spot. The H has long been a week spot for the Cougars. Rickey Galvin posted good numbers against Rutgers, but the H was a black hole again last week. Galvin and Calvin Green combined to catch three balls on nine targets for just 20 yards. Galvin posted a 2.13 YPT to go with a 0.40 YPR while Green finished at 3.00 YPT and 0.25 YPR. Gross.

The lack of production from the H is very much cause for concern.

Through two games, Myers and Mayle continue to play exceptionally well. Dom Williams has been boom or bust with enough boom to overinflate the limited sample numbers. He isn't going to continue to post a 10.8 YPT catching less than 50 percent of his targets. The X, Y and Z receivers are getting it done. The H, well, the H remains a work in progress.

Halliday was not nearly as sharp in Week 2. I counted seven poor throws against the Wolf Pack compared to three against Rutgers. He spread the ball around the field again, although he didn't have as much success deep overall. He went deep (pass target 20 yards or further) six times, connecting on three passes for 77 yards. He connected on three of six deep passes against Rutgers, but for 121 yards.

Here is the pass distribution chart for Week 2: 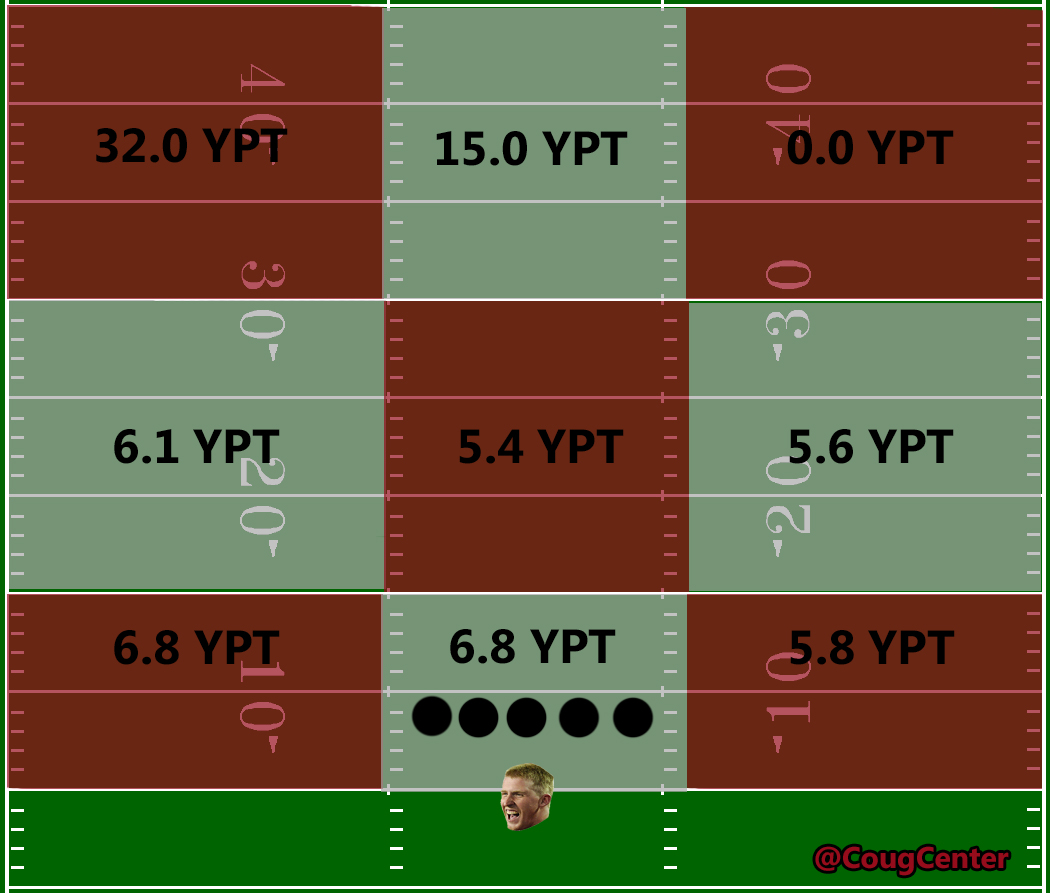 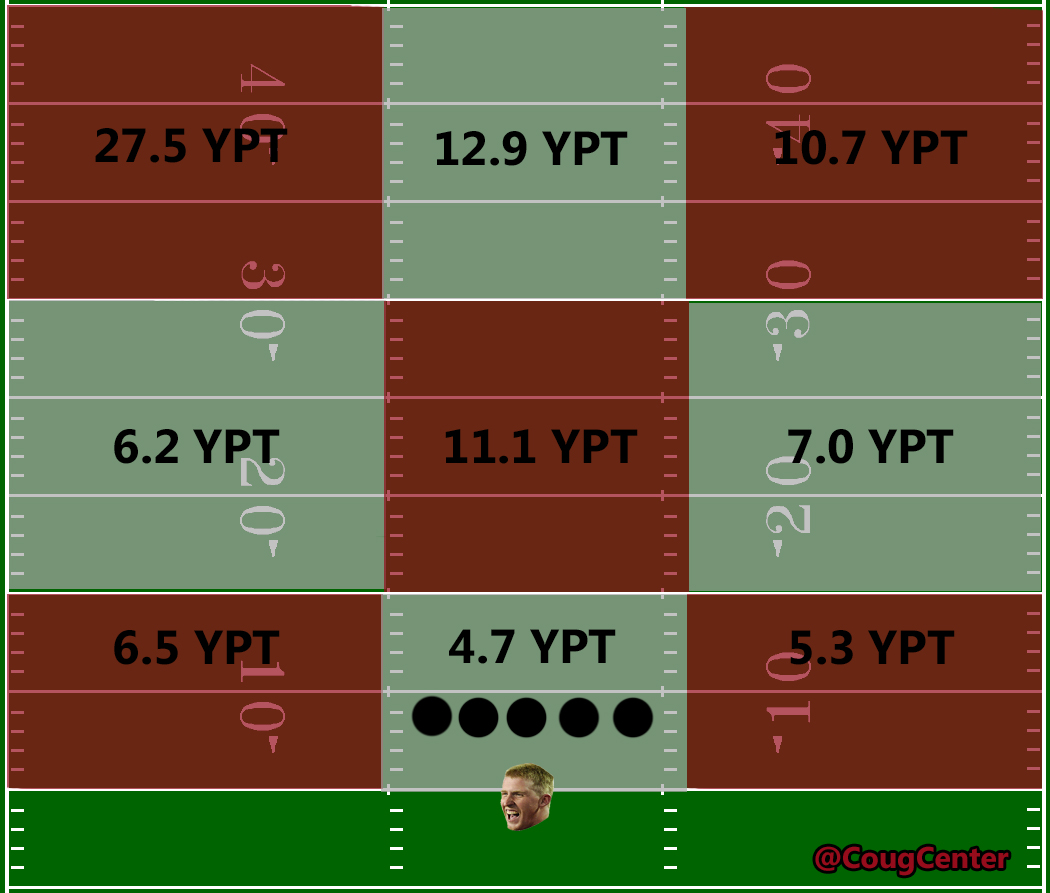 The sample sizes are still relatively small, but the early signs are good. The only number I'd say is on the too low side is the medium left. That number appears to be deflated due to a lot of incompletions. We'll see how things go in the coming weeks.

Anything stand out to you? Any data you'd like to see? I realize there is a lot to take in here, but if something sticks out or there is something that peaks some interest as a possible addition moving forward, I'm up for suggestions.