WSU receivers excelling after the catch

Share All sharing options for: WSU receivers excelling after the catch

It wasn't long ago WSU outside receiver coach Dennis Simmons described the Cougars as a "catch and fall" team. Early on in the Mike Leach era, WSU receivers struggled to get much going after the catch. They weren't finding the right holes to settle into, the receiver blocking wasn't good enough and they rarely turned nothing into something.

WSU has been much better after the catch this season, both at wide receiver at running back. There is a reason WSU is averaging 7.0 yards per play and 8.3 yards per attempt compared to 5.5 YPP and 6.3 YPA last season. Continuing to produce after the catch will be a key for WSU the rest of the season and Saturday against Utah. Utah's defense comes into the game allowing just 5.3 YPA.

As people like to say, something has to give. 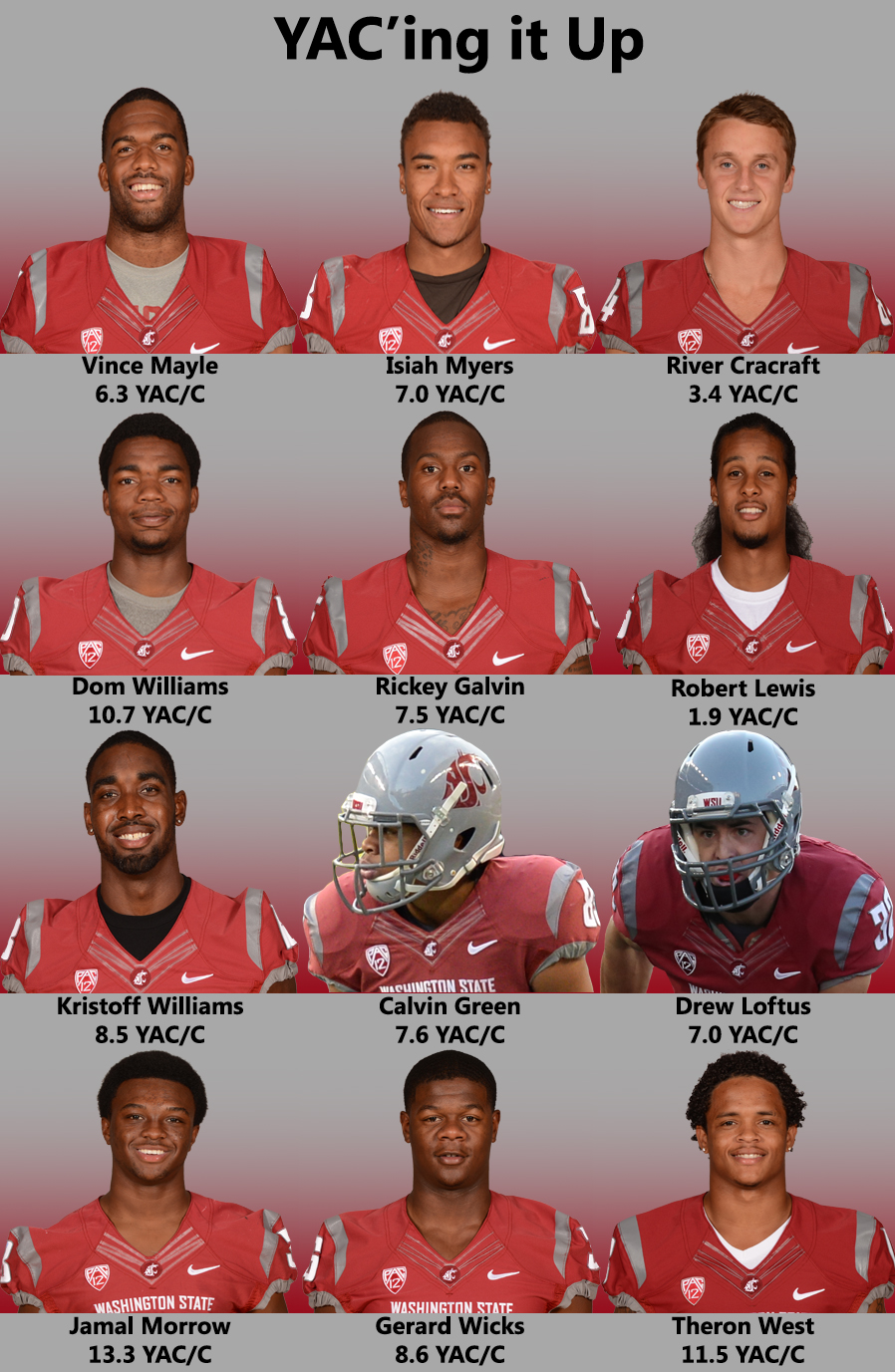 Nearly every position outside of the Y receivers are making things happen after the catch. Jamal Morrow has been an excellent weapon for Connor Halliday. Those drop offs to the running backs have the potential to be huge gainers the way Morrow and the other running backs are running with the ball. Hopefully that continues against the Utes.