How did the Cougars do at showing me the three things I wanted to see?

Share All sharing options for: WSU vs. Auburn: Grading the three things

On Friday, I told you about three things I wanted to see from WSU in the game against Auburn -- three things I felt would show me the team is moving in the right direction.

Here's what I saw.

Receivers catching the ball in space

No, I will not be getting into Connor Halliday's questionable decision making here. But I will get into whether the receivers found themselves with room to roam, as they should from time to time in the Air Raid.

There were moments of brilliance -- Connor Halliday's strike to Bobby Ratliff on four verts sticks out most strongly, and there were a few check downs to the running backs where they were roaming free. However, there just wasn't quite as much of this as I hoped there would be. I'm fully willing to admit that my standards might have been unreasonably high, and that this might have been what we can expect on an "average" Air Raid day. 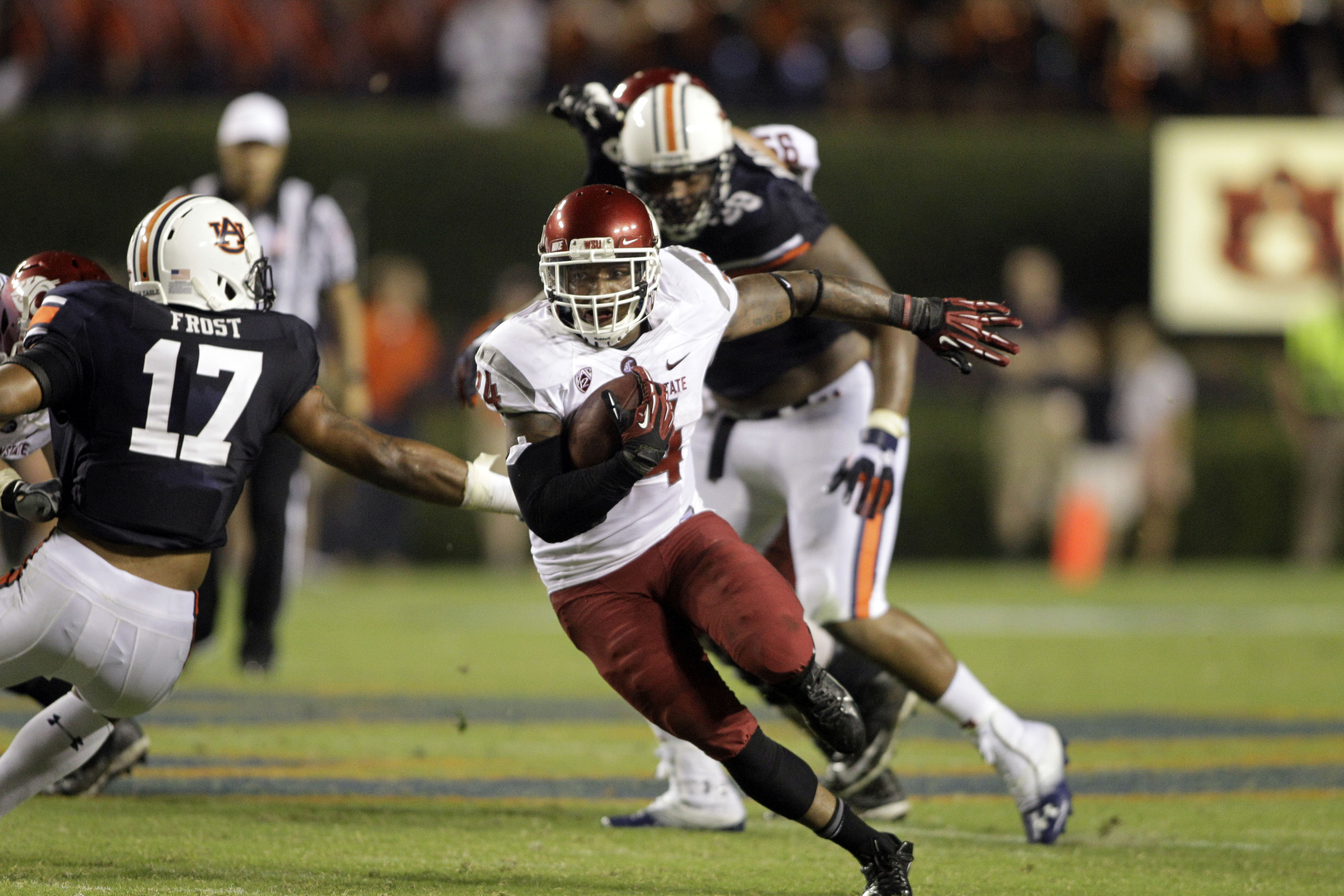 Check out the top plays, and read what Mike Leach and others had to say after the game.

But I was hoping for better than average, because that would have made me feel really, really good about this offense's baseline. As it is, I feel good. Just not great.

I know the defense gave up 297 yards on the ground, and that absolutely sucks. But my impression from my first watching of the game is that the defensive line held its ground at the point of attack with regularity -- the majority of the big gains seemed to come from the runner breaking contain wide against the linebackers. (More on that in the third thing.) Additionally, there were a number of times the big fellas just collapsed the pocket against Nick Marshall.

I want to single out Junior Gauta for special praise. He singlehandedly blew up a couple of plays all by his lonesome and was a beast. He's lighter this year, and I think it showed in his quickness, which was excellent.

Twice the defensive line held on a third and short. I can't remember the last time that happened. These guys weren't spectacular, but I'm highly encouraged by what I saw.

Over the past few years, the athletic difference between WSU and its opponents has been obvious. The Cougs just looked smaller and slower across the board -- the worst possible combination in football.

Saturday, the gap didn't look as big as it has in the past, but the gap was still pretty clear. WSU's lack of lateral quickness was exposed on the long touchdowns by Auburn. Yes, you can lay it at the feet of poor lane integrity on the kickoff, or poor contain on the run, but other teams do those things, too -- it's just that they often have the athletes to make up for the breakdown so it's less obvious when it happens. And the results are less disastrous.

WSU just doesn't have the athletes to match up on that front yet.

But I don't want to harp on the negative. Perhaps these guys develop into that -- Deone Bucannon looked every bit like an SEC defender last night. We've already said the defensive line looked like it belonged, and the offensive line was pretty darn good in its own right. There were some errors by those guys, and they generally were going up against very young defensive linemen, but for once, the five guys protecting the quarterback didn't look patently overmatched.

We've still got a ways to go, but in the past, this grade would have been an F. Progress!

What about you? What were you looking for, and did you see it?